A reminder to join us for our 54-day Rosary Novena: Even if you haven't to date, that's fine. Just begin now! We pray every weekday at 8 a.m. ET, live from our chapel.

And one other programming note — remember, Church Militant will be live this Wednesday night at 8:30 e.t. for wall-to-wall coverage of the vice presidential debate. Thousands joined us last week for the first presidential debate for our straight-up Catholic reporting, commentary and analysis. Again, that's this Wednesday, with Vice President Mike Pence and anti-Catholic bigot Kamala Harris.

Now, Pope Francis is wrong about what he wrote in his latest encyclical entitled Fratelli Tutti, which translates from Italian to "All Brothers." The heart of his error centers around a naivete regarding mankind's desire for unity. That is woefully lacking in reality. Most people do not desire unity, not if it costs them personally.

The pope completely misses the reality of original sin, which, by its very nature, prevents unity on earth among mankind. The overriding effect of original sin is division — division between God and Man, between male and female, between man and creation, between body and soul in death.

The utopian-style unity the pope is promulgating is impossible on this earth. It doesn't mean we shouldn't strive for peace and harmony, but unity — that's not happening. That's why this constant pandering to some kind of unity in religion is pathetic and little else than a move toward a one-world religion that would usher in a one-world government.

Original sin requires the sacrament of Baptism to be cleansed from and it is Baptism that incorporates us into the family of God, making those baptized His children. We are all most definitely not brothers in a spiritual sense. We are, of course, by our DNA — on a biological level. Likewise, we are all "brothers" on a level of being owed dignity because we are made in the image and likeness of God.

A further examination of the pope's encyclical shows that it reads like the Biden-Bernie manifesto — all Marxist, all the time.

But spiritually? Not a prayer. Underlying the pope's error here (aside from the obvious geopolitical Bolshevik error) is a refusal to acknowledge the central role of Christ in mankind. There is desire, motivated by a Marxist mindset, to destroy all national borders and, in the process, destroy all theological and religious borders as well.

Thanks to the century-old Marxist game plan to wipe out the Catholic Church, the societal consciousness has had injected into it an erroneous belief that all religions are essentially the same. That error is called universalism — the false understanding that all religions are just different paths to the same God. Wrong.

But we have that from Our Blessed Lord Himself, who directed His apostles to "Go therefore and make disciples of all nations, baptizing them in the name of the Father, Son and Holy Spirit." St. Paul adds that there is no other name under Heaven by which men may be saved.

But for Pope Francis and his allies in the push for globalization, this universalist approach to religions is underpinned by an even further insidious error — one promulgated by Bp. Robert Barron.

It's the ridiculous notion that we have a reasonable hope that all men are saved. No such hope exists. That's about as close to the third-century error of Origin as one can get without actually crossing the line. When you combine the reasonable-hope fallacy with all religions being essentially the same, you obliterate any and all differences between religions.

That means, in practice, we can all just belong to one religion, and there is no consequence in the next life of evil we do on earth. There is no "cross" in that calculation — a necessary requirement for attaining eternal life. If the pope really believes all men are spiritual brothers, then why doesn't he reach out to his brother communists in Beijing and ask them to free the millions of Muslims and Christians they have detained in concentration camps out of brotherly love?

Why doesn't he ask the communist bastards in China to stop persecuting Catholics under the Vatican-China accord hammered out by homopredator and fellow Marxist Theodore McCarrick?

McCarrick, Marxists and even Muslims for that matter have no desire for so-called unity. Each has a desire for world domination, which the Church long ago abandoned as a spiritual goal thanks to successive generations of weak, emasculated men — some of whom raped thousands and thousands of altar boys and a much larger number of whom covered it up, lied about it and destroyed evidence of it.

Simple logic here: There can be no unity without truth. There can be temporary mutually beneficial cooperation, for good or evil. But not unity — not in any true spiritual sense.

There is no honor among thieves, and a huge number of today's hierarchy are just that — thieves.

McCarrick, Marxists and even Muslims for that matter have no desire for so-called unity.

They have been able to make such gigantic strides because they have dumbed down the people of God to such a degree that the victims have become complicit — a sort of Catholics' Stockholm syndrome. Most Catholic laity are now suffering from a kind of battered wife syndrome: A belief that things are really fine, except for the occasional beating.

If we are all brothers and working toward unity, how does His Holiness explain Cdl. Becciu stealing almost a million dollars from Vatican funds and using it for bribe money in Australia to get Cdl. Pell wrongly convicted on sex abuse charges? The pope's Marxist allies in the Vatican are lying about their desire for authentic unity.

A further examination of the pope's encyclical shows that it reads like the Biden-Bernie manifesto — all Marxist, all the time. This is not an encyclical.

It's a political statement dressed up in religious-sounding language where Pope Francis continually quotes himself as his own authority throughout the document (which, by the way, is the longest he has ever written).

If you think the entire planet is not barreling toward a collision with truth, then you need to check yourself for a pulse. 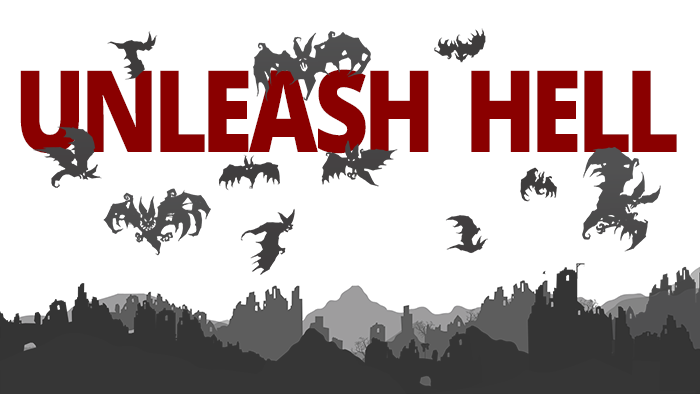 Unleash Hell
Are we near 'the end'?