From Sacrifice to Meal

The so-called "Liturgy wars" are raging in the Church these days. Frankly, most Catholics don't have the slightest idea that they are even happening, or for that matter, what the Liturgy wars even are.

For the record, a decent way of understanding the concept is that the Liturgy — the Mass and other formal prayers of the Church — not only gives worship to God, but at the same time sums up and expresses what the Church believes. Therefore, the words, gestures and postures have a dual purpose. If you change or alter one, you necessarily change or alter the other. If, for example, you dumb down the words used to give glory to God, you will necessarily dumb down people's awareness of God's majesty, sovereignty and so forth.

Dumb-downed Liturgies, in short, dumb down people's faith because their intellects become dulled.

Now, why is there a war in the Church going on over this (perhaps best summed up generally as the raging battle between the Latin Mass adherents, a decided minority, and the supporters of the Novus Ordo Mass, translated as the New Order of the Mass)? In short, those who support and likely attend the Latin Mass, generally speaking, are aware that the New Mass has certain deficiencies in how it speaks to and about God. Those deficiencies do not cancel the efficacy of the Mass. They don't make the consecration not happen. They don't invalidate the Mass. But that's not the point, whether the Mass is valid or not.

With the exception of breakaway schismatic groups like the SSPX, which actually labels the New Mass "evil," no reasonable minds in the Catholic world spout that idiocy. However, that does not mean that just because it's valid, everything is OK and there are no problems with it. This is where things start to get somewhat into the weeds, because huge numbers of Catholics have a poor understanding of liturgy, both in its purpose and effect. However, for those who do grasp this extremely important point about the importance of liturgy, there is a massive battle raging.

In short, there are those on the spiritually bereft side who actively seek to water down the Faith and replace its objective meaning with a more emotion-based understanding. They don't like or support, and in some obvious cases don't believe, Catholic teaching. They want the Church to be something other than She has always been, and so, in an effort to water things down, they water down the Liturgy. It's a pretty ingenious way, in fact, to accomplish their means.

Since Catholics who supposedly believe the Faith attend Mass, if they can present a dumbed-down Mass then they can create a dumbed-down laity. They have been largely successful. In clear terms, why would a Catholic attending watered-down Masses for most or all of his life develop any authentic sense of the Eucharist, the need for confession, and so forth?

Weak men, mostly gay, are the priests who run the show day to day or week to week. These men generally despise the Faith because it demands something of them they cannot do. So, in keeping with the old adage that misery loves company, they remake their congregations in their own images — people, laity, who simply do not believe all the teachings of the Faith. These weak and homosexual men eventually make the Mass about them and the people, and not about its true end, which, of course, is worship of God.

So they tell stupid jokes about themselves in the homilies, and relay personal stories from their own lives, all in an attempt to humanize the Mass and take the emphasis almost entirely off God. Theologically, what they have done is to change the emphasis of the Mass from being a sacrifice, which is oriented toward God, to a meal, which is oriented toward the people.

It's one reason, for example, that back in the late 1960s and early 1970s, priests stopped facing God and started facing the people. But tellingly, whenever this change is spoken of, the modernist elements in the Church never express it in those words. Their entire analysis is human-centric. They say it's better for the priest to "face the people" than to stand with his "back to the people," because in their willfully errant analysis, the perspective of the people is all that matters.

For clarity, the priest never stood with his "back to the people" the way they mean it. He stood with the people, all facing God, like the priests of the Old Testament did.

There is much to talk about and learn about all of this — way too much to cover in a Vortex or even a week of Vortex episodes. That's why we have produced a new Premium program we call "Reclaiming Tradition," where all of this is outlined in great detail — how it came to be, what were the motives, real as well as claimed, of all these changes, what the impact has been, and why, in the face of all the destruction of the Faith, there is now, more than ever, an overarching need to reclaim tradition.

If you were to sum up the major change the Liturgy has undergone, it would be the de-emphasizing of sin and its consequences. Hell is practically never acknowledged. Judgment of souls is almost never acknowledged. Sin, as in our personal responsibility, almost never gets addressed. Walking out of such a Mass, week after week, why would anyone feel any urgency to amend their lives? And while it's true that such an urgency is not the primary reason for the Liturgy, it absolutely is one of the "side effects," because that's necessary for our salvation — which, of course, is all bound up with the Liturgy.

Weak faith is the end result of irreverent, man-centered liturgy. And weak faith is an almost guaranteed ticket to Hell. That's why all this matters.

Weak faith is an almost guaranteed ticket to Hell.

So we strongly urge you to watch and learn. Do not remain willfully ignorant about the deep spiritual realities surrounding this entire battle. Please become a Premium member and watch our very important program Reclaiming Tradition. 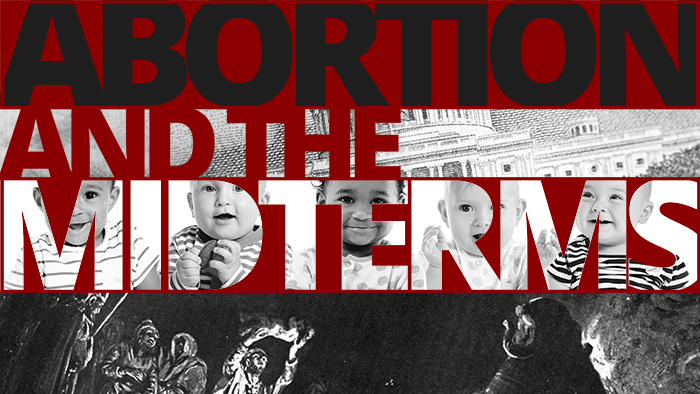 Abortion and the Midterms
How will this all play out?