Almost everywhere you go in the Church today, you see all the signs of total collapse.

For example, in Detroit, in what has become emblematic of the destruction of the Church in the United States, yet another empty church has met the wrecking ball (All Saints) in a once-thriving Catholic area of the city.

These images were captured by Church Militant less than a day before the mural of Our Blessed Mother, which had been in the sanctuary for decades, was smashed by the demolition crew. Within the next few days, all of this will be torn down — a living testament to the death of the archdiocese under its corrupt archbishop, Allen Vigneron.

This is all fitting, of course, since the demolition of the Church in America began right here in Detroit under the notorious Cdl. John Dearden, the same man who ordained Vigneron. In 1990, there were more than 400 parishes here. When Vigneron hands in his retirement letter in about 20 months, he will have overseen one of the most unimaginable contractions of the Church in the whole nation — down to what amounts to about 50 parishes, thanks to a clever and canonically illegal scheme he calls "families of parishes."

Yet another example of "managing the decline" is what corporate America calls "going out of business."

It's a deceptive way of making it seem like there are more parishes than there actually are — yet more trickery from a trickster and a deceptive-minded hierarchy that has raised its craft to an art form. So looking to the future, where do we go? What exactly are we looking at?

Everywhere in the Church, you see signs of total collapse.

As part of the overall managing of the decline, one thing bishops have done is invest heavily in what could be called the "joy movement." Bishops have used the inexperience and naivete of the youth to infect that group, attempting to fool them into a mindset of an almost saccharine approach to the Faith.

It's heavily feminine in its emotion-laden philosophy. Its first directive is to be sure to not offend anyone — or make them feel uncomfortable.

The movement itself is low on thorough catechesis and high on smiling, being full of joy — at least, supposedly. But what it is most lacking is any real, substantive knowledge of the actual condition of the Church, the massive corruption which persists at every level.

Not only are many of these "joyful missionary disciples" (a favorite term of the bishops) lacking in knowledge of the corruption, they are even more bereft of knowledge of the causes. It's almost as if the few remaining youths who were not raped, abused or lied to about the Faith got shuffled into these Stepford-wife youth movements within the Church structure and given gallons of joy Kool-Aid.

It comes across quite frequently as either a phony joy or one based on extreme naivete. Will the joyful disciples challenge their bishops or adult team leaders on the actual pressing questions of the day in the Church? Will they ensure that after they have finished talking to a fellow collegian or high schooler, for example, that he or she doesn't go back to a parish lacking reverence or, for that fact, a heterosexual priest?

They may have good intentions (likely do), but they are ill-equipped to deal with the corruption and actual malice on the part of senior clergy who embrace homosexuality, refuse to tell the truth, pretend all religions are of the same worth and on and on and on. They are being emotionally abused by their elders, because they are being lied to every day.

It is not possible to authentically evangelize a person today and simply not know, to a sufficient degree, about the evil that resides in the hierarchy — as well as the lay leadership of these various youth outfits. You see it, on a local level, in thousands of parish youth groups, where faith is the last item on the agenda.

And you see it in the more far-flung national outfits, where adult leaders profit handsomely off the backs of kids who go out and earn money for them, all under the guise of bringing college-age kids or young adults to the Faith. The bishops and the adult organizers are banking on youthful optimism to keep them in the dark about their own dealings, wickedness and corruption.

By the time these youths have grown up and married and have toddlers of their own, the Church will have been wiped out, and they will have been unwitting instruments in its destruction.

The "joy" that the bishops and adult leaders have instilled in these bright young men and women is a superficial joy. Stay smiling, never give offense, always talk about the Holy Spirit and how He flutters around inside your heart. In fact, it's eerily similar to the presentation of religious belief exhibited by Protestant youth at their rock band, laser light show, praise and worship extravaganzas.

It's a naive understanding of Faith that, of course, is to be expected from most young people. They are naive about almost everything in the world. That's why the expression is "young and stupid" — because those two go together. At some point, a critical mass is reached as you age, and you realize life is not all strawberries and lollipops.

On the spiritual plane, what you come to realize is that there is a deadly war going on — brutal, vicious, demanding — a war with vast numbers of casualties and, most importantly, that the war effort has been hampered by the betrayal of many leaders.

Of course, it takes time to come to this truth. The problem is, by the time many come to it, they are already among the walking dead, having long since abandoned either the practice of the Faith or sufficient knowledge of it to grow in holiness.

No one is faulting young people for being where they are naturally as a result of being young. But regarding the adults, the lay leaders of the "joy movement" as well as the bishops who tirelessly promote it, they are a different story.

They capitalize on the ignorance and inexperience of youth.

They capitalize on the ignorance and inexperience of youths and betray them. They use them as poster children (literally children) to conceal their own wickedness in having long-since abandoned the Faith.

Think back to the youth meeting, for example, where a young man challenged Cdl. Wilton Gregory in Washington, D.C., about the homosexual rector of the Basilica of the National Shrine, Msgr. Walter Rossi. Gregory, a key cog in the gay clerical network, feigned ignorance of the Rossi scandal, actually sitting on stage lying to an audience of young adults.

Rossi has been an active homosexual for decades (sharing luxury condominiums with a string of gay-lover priests) and has been protected by his homosexualist bishop, registered-Democrat Joseph Bambera of Scranton.

Likewise, he rose to influence under the oversight of the likes of disgraced homosexual-bishop Michael Bransfield, the lying and sexual abuse coverup of Cdl. Donald Wuerl and, of course, homopredator former-cardinal Theodore McCarrick.

And all of that is just one example of the wickedness of the hierarchy that (we're willing to bet) doesn't really come up very often at the "joy" coaching clinics young adults are tricked into believing. How are all these things related? Why does it matter, you may wonder?

Because the same wicked hierarchy and their corrupt counterparts in the world of lay leadership are the same ones "transmitting" the Faith to young adults. They are perfectly content to let them think the Faith is all rainbows and butterflies, with an accompanying encounter every now and then dealing with their peers.

They trick them into thinking they are changing the culture. Even if they do manage some success individually here or there, they aren't changing the culture. They are contributing to it, because of the feminized or sentimental approach young males learn in these youth movements. It's way too emotion-laden, too soft, too non-offensive.

If we need to see an example of changing the culture, look at the Apostles. They were all martyred or, in St. John's case, might as well have been, and it wasn't because they were non-offensive. It was, in fact, because they were offensive, unrelenting in telling the full truth. Their concern was not in smiling and being saccharine or presenting themselves as quasi-feminine.

They were brutally killed for the exact same reason Our Blessed Lord was — because they were unrelenting in openly opposing sin and wickedness in high places, places from which wicked men hurled down death, physical and spiritual.

The Apostles and first few centuries of Catholics understood, tacitly or not, the prevailing power structure had to be swept away, and, in order to be swept away, they would more than likely have to pay with their lives.

These youth movements, raised to their level of importance by the very men who need to be exposed for their evil, are not taught this — not by a large stretch. These "joyful missionary disciple" movements are a product of what is wrong in the Church, brought to you by the very men who helped bring this about.

Once again, the ancient philosophical axiom appears on the scene — you cannot give what you do not have. These "joyful missionary disciple" squads are constructed on the ignorance of their members and, therefore, have no ability to reform the Church because they have no understanding of what is corrupting the Church.

You can't make a project out of changing the culture if you don't first change the Church. You cannot give what you do not have and you cannot cure what you have not diagnosed. For anyone in one of these groups, consider this a type of wake-up call, an invitation to become aware and focus your good intentions on the real evil — the corruption of the hierarchy. 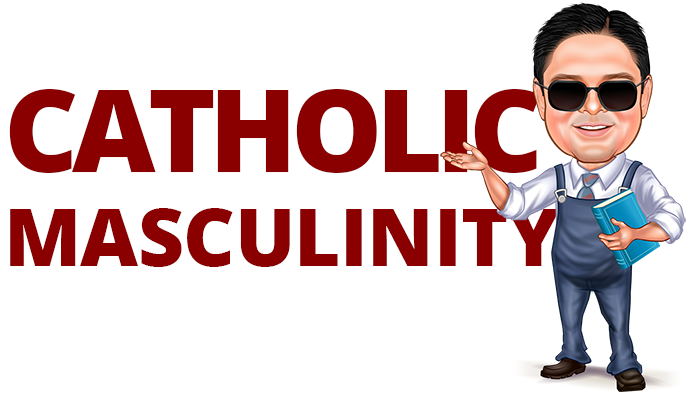