The time has come.

Before we begin, I'd like to remind you to please join us for our ongoing 54-day Rosary Novena (every weekday morning at 8 a.m. ET) right here on Church Militant.

And, at the end of this Vortex, we have a giveaway for you — meaning it's free — that will be really helpful regarding the election. As the clash of evil and good takes place against the backdrop of Campaign 2020, there is some good news.

Here in our studios, we are hearing a growing, loud chorus of Catholics who are done with the lies and corruption of the hierarchy — a hierarchy that allows and even promotes the anti-Catholicism of fake-Catholic politicians.

We're getting the emails, the phone calls and the letters more and more frequently, and the language is growing increasingly stronger. In the world of public relations, we call this a "great awakening." It's not only liberals who can get all "woke."

The treachery of so many men who are bishops — and the notorious clergy they continue to protect — has now become so public, so well known, that a kind of preliminary Judgment Day has arrived for them. And by notorious, we aren't talking about just the priests who sexually abused altar boys: We're talking about all the priests who are also spiritually abusing Catholics with their heresy and dissent.

Here's the bottom line, with the exception of those gay Marxists in the Church, the ones who want to pervert and distort the Bride of Christ, most other Catholics no longer have a dog in the fight. They've simply left. Or in some few remaining cases, are only showing up because of habits or nostalgia or some other psychological reason.

What it has all been reduced to is a bare-knuckle fight between the heretics and the faithful.

What it has all been reduced to is a bare-knuckle fight between the heretics and the faithful. And, if you need evidence of that, just look at how the professional-Catholic crowd is now responding to outfits like Church Militant compared to how they simply used to ignore us (and others).

We have become an object of their obsession. So too are the few good priests who are daring to rip the mask off their evil completely. Priests like Fr. James Altman in La Crosse, Wisconsin — who has to deal with being screwed over by his bishop, William Callahan — another hierarchical patsy who would rather talk about Fr. Altman's "tone" than the reality of souls going to Hell because of their support for child murder.

Good thing St. John the Baptist wasn't one of his priests. It would have been a race between King Herod and Callahan to decapitate him. We often get blind copied on letters from outraged Catholics to these pansy turncoat bishops. One is right here.

With full permission of the author, we have produced a letter of Brendon Johnson to his bishop in Arlington, Virginia — Michael Burbidge — asking for the bishop to be very clear and allow reception of Holy Communion on the tongue, while kneeling.

Brendon, like countless faithful Catholics around the country, is simply fed up with the phony, overly dramatic response by bishops to the Wuhan virus scare. Brendon, by the way, is a member of the Church Militant Resistance program, which has grown and is growing by leaps and bounds as more and more become emboldened.

In the wake of the Fr. Altman scandal created by his bishop, another Resistance member sent a letter to his bishop saying the bishop needs to come right out and declare, in very clear terms, the moral obligation Catholics have regarding voting and voting correctly.

This vague, namby-pamby, James Martin "abortion is bad but so is climate change" approach has got to go. The evil in the world, the chaos in the country, is directly attributable to the failure of the bishops to do their jobs. Why? Because only the Church, because of its divine origin, is capable of fighting back evil.

This vague, namby-pamby, James Martin 'abortion is bad but so is climate change' approach has got to go.

No human on his own — not even the whole race — can successfully battle the demonic. Only the Catholic Church possesses that power. So if evil is advancing in the world, it is because the Church (and, specifically, Her shepherds) is failing miserably in its sacred duty.

This sad reality, then, demands a more vigorous, muscular response from the laity — hence, the Church Militant Resistance. It's the job of the laity, at this juncture, to step up and give everything to the fight. Since so many of the bishops are not telling you the full truth about voting, Church Militant has produced its own voter's guide.

It's available here on the website, but we also have this cool little thing as well: It's the size of a business card, and these cards make it easy to share the 2020 Catholic Voters Guide with family, friends and strangers. This is done in three easy steps.

First, just open your phone's camera. Once it's open just hover over the "QR code" on the card — that scrambly little code. A banner automatically appears at the top of your screen. Click on that banner, and enter an email. And presto, the voter's guide goes straight to your email.

We are giving these cards away for free to anyone who wants one or more, while supplies last. Just click on the link below to place your order. Use these cards with friends, family and whoever is willing to understand how Catholics should vote.

Again, if you would like your card today, simply click the link and fill out the form. We are just weeks away from the most important election in U.S. history; we need to pull out all of the stops.

Join the Church Militant's Resistance. Fight for the Church. Help save Western civilization. Not a bad day's work, right? 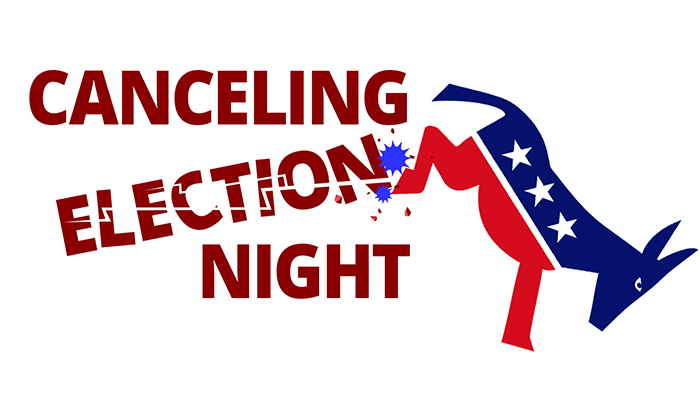