I'm Michael Voris, coming to you from the Cleveland Right to Life–sponsored "Bringing America Back to Life" conference.

In its 13th year, this has become the nation's largest annual pro-life conference, and it's dedicated to battling against not just abortion, but, also, to the preservation of an entire panoply of issues touching directly on human dignity. One aspect of the culture war, which is (never forget), at its core, a spiritual war, is the cooperation between government and corporations in trying to destroy religious belief — Christianity, in general, and Catholicism, specifically, since it is the fullness of Christianity.

A few years back, corporate America was practically leading the charge in the destruction — canceling events, pulling events out of red states, adopting every perversion known to man and including them in employee handbooks and company policy. Remember the so-called bathroom bill in North Carolina back in 2016?

Various companies halted plans to invest in the state, including PayPal, Adidas and Deutsche Bank. Bruce Springsteen, Pearl Jam and Ringo Starr canceled concerts. The NCAA reversed plans to host championship tournaments in the state. The NBA followed suit, pulling its all-star game from Charlotte. Around the country, almost 70 companies joined a lawsuit against the bill.

Protestants look at the bishops' silence and scratch their heads.

The law was eventually rescinded in 2017 under all the intense pressure, and an action plan by the Left grew out of it. The same type of pressure from corporate America was brought to bear in similar ways in Georgia as well as Texas, when pro-family conservative bills were introduced there.

However, that was when Trump was in the White House. The Marxist Left had to resort to businesses carrying their water because Trump would not. However, now, with the unelected stooge in the Oval Office, corporate America has relaxed somewhat and has let Washington take over.

In what amounts to a flurry of activity, Biden's justice department, under Merrick Garland, has filed lawsuits against election integrity laws in Texas and Georgia. Garland's DOJ has gone after the Texas abortion law and entered a suit against a Second Amendment Missouri law. It's jumped into a lawsuit in Arkansas against a law meant to dial back propaganda encouraging transgenderism in youth.

Likewise, in West Virginia, it is fighting a bill protecting girls' sports from being overtaken by biological males — as well as fighting against a Florida school district requiring a transgender student to use the bathroom of his birth sex.

In Texas, Biden joined a case arguing Catholic governor Greg Abbott's ban on school mask mandates violated the Americans With Disabilities Act. He did the same in a similar case in South Carolina. Likewise, Biden's injustice department is suing Texas to prevent state troopers from stopping vehicles transporting illegal immigrants around the state.

And, harkening back to the summer of 2020's BLM riots, Biden is suing Catholic Ron DeSantis' Florida over a new law making it easier to charge rioters, and (of course) fighting in the U.S. Supreme Court to kill the Mississippi 15-week abortion ban.

Notably, in every single one of those cases aimed at destroying human dignity, the U.S. bishops are as silent as the tomb.

At an event like this, where there is a significant mix of Catholics and Protestants, it should come as no surprise that Catholics are fending off comments from Protestants about the corruption and silence of U.S. bishops. At a venue like this, where Catholics should be able to actually evangelize (since there is some common cause to preserve Christian values), not infrequently does the discussion arise that the "Church" is wrong.

Biden is a loser Catholic, many of the bishops embrace homosexuality and, up and down the political spectrum, politicians are allowed to keep presenting themselves as Catholics while, at the same time, they work to advance a Marxist agenda — an anti-God agenda.

Faithful Catholics are fed up with bishops' pandering and bull pucky, especially when they are the ones getting the pushback from Protestants — Protestants who rightly look at the bishops' silence (and even support for some of the Left's agenda) and walk away scratching their heads.

The main reason all this is so important is, despite valiant efforts on the part of many participants, what matters more than anything else, hands down, is the complete acceptance of the fullness of the truth.

This conference is sold out — a first-ever.

And yet here we are, 50 years, a half-century, into the pro-life movement and, despite being a largely Catholic-led movement, the bishops are essentially AWOL. In retrospect, what that has caused is not only a lack of trust that the hierarchy has our back on these human dignity issues but, more importantly, a new understanding to arise that if things are ever going to change, it's going to be up to the man and woman in the pew.

So at this 13th annual conference (it is completely sold out, all talks, both days), people are being turned away — a first-ever.

I had the privilege of giving the kickoff talk on Friday morning, and I've never seen the room so packed — and it was like that for talk after talk. While we all know the Marxist Left is all geared up and organized and well funded and all that, it is encouraging to see the forces of reason and morality also doing the same at long last, even without the support of Catholic bishops.

A storm is gathering. Perhaps not a final battle, although we don't know that. It is a spiritual war playing out in the political arena — at least for now. But, make no mistake, a giant storm is brewing and it may, in fact, be all ready to break.

The forces of evil have run roughshod over good people for decades, and the toll has been heavy — massively heavy. But, now, those left standing are gathering themselves for a counteroffensive. 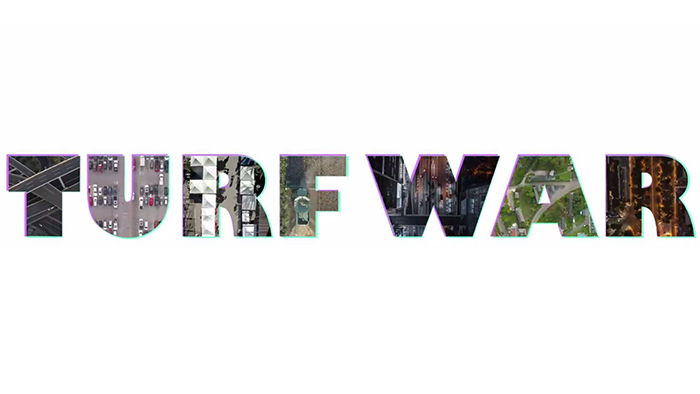 Turf War
For the soul of the Church.