They'll even kill to commit sodomy.

Exactly 46 years ago today — to the day — the U.S. Supreme Court authorized the mass extinction of tens of millions of pre-born children — cloaking the genocide in a made up out of thin air, alleged right to privacy.

That right to privacy then went on to hatch even more destruction — against the family, natural law and so forth. One of the big issues it gave birth to was, again, a never before heard of right to sodomite marriage.

Well, those two issues linked arms and joined forces a few days ago in a "Catholic" setting as two homosexual men stood in front of a parish just before Sunday Mass with their little boy, Cohen, and presented a syrupy presentation about just how normal they are and how completely ordinary their situation is.

More to the point: They waxed on about how the parish was so welcoming and accepting and how wonderful all the people in it were. They were inspired to start going there regularly because on an earlier trip, they had seen a lesbian couple bringing up the gifts and being warmly accepted.

At the end of their seven-minute presentation — rife with heresy — they received a standing ovation from the warm, friendly, accepting parishioners who just ate it all up.

The normalization of not just homosexuality anymore in Catholic parishes, but now on top of it, the accompanying child abuse that occurs when a child is "born" of a sodomite pairing — yes, we said, "Born." Because this child was not adopted. The little boy, Cohen, is a product of in vitro fertilization (IVF) and a woman whose womb the homosexuals rented because natural law prevents them from having sex, conceiving, bearing and giving birth.

So they used every technological ability at their disposal to simply skirt all Church teaching further and bring a new life into the world, willfully depriving that boy of his God-given right to a mommy.

And the pastor allowed this. And the crowd went wild. And the bishop, well, he did issue a statement expressing his displeasure and said he would be meeting to "discuss the situation" after he gets back from the March for Life events in D.C.

The diocese is the archdiocese of St. Paul and Minneapolis, the parish is St. Joan of Arc and the bishop is Archbishop Bernard Hebda.

The two clerical clowns who run the parish are the pastor, Fr. Jim DeBruycker, and the parochial vicar, Fr. James Cassidy — you wouldn't even know they are priests.

These men allow this evil to take place — in fact, they encourage it. Every Sunday, whatever wild-eyed modernist who wants to ramble on about gay this or that, immigration, trans this or that, climate change is invited to get up and speak for a few minutes on just how Catholic their immorality is — how central to their faith.

For example, the gay lovers told the fawning audience — and at this point, that's all this parish is: an audience — that it was good for Cohen to have to fathers.

They also simply passed right over the horror of IVF — again speaking of it in purely ordinary terms. And this is where the gay, anti-life crowd finds its footing.

Surely, these two sodomites posing as actual Catholics must know that the IVF method automatically results in the death of many other children as part of the process.

Various eggs (where did two men get female eggs?) are all fertilized, allowed to grow for a period and then the ones determined to be best suited to come to full term are then implanted — in this case in a rented womb.

The others — meaning the other humans — they are "discarded," a short little euphemism for killed. If, as is pretty routine, more than one tiny human was implanted in the rent-a-womb surrogate, at some point, "selection" is made again and the "leftovers" are killed in utero.

This is malevolent. Are the two homo "dads" going to tell little Cohen that in order for him to come into existence, they had to kill off some brothers and sisters of him, because since all they can do is sodomize each other, they had to resort to science?

Are they going to tell him that they actively chose to deny him a mommy because, in the end, all they cared about was trying to make their sodomy look normal?

But perhaps most pressing: Is Archbishop Hebda going to move to laicize the clergy that promote this horror, and is he going to disband that parish — which doesn't even call itself a parish — it's a "community."

Hebda did not necessarily cause this issue, at least not at this parish, but he is certainly responsible now for stopping it dead in its tracks.

If that parish is still around, if those priests are still around at the end of the month, that will tell you everything you need to know about Archbishop Hebda. 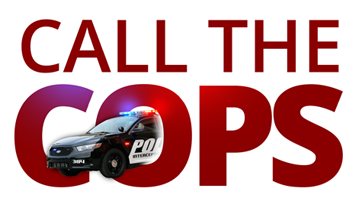