Getting Under Their Skin

And be happy about it.

Apparently reading in-between the lines of various media reports, apostolates like Church Militant are getting under the Holy Father's skin — or at least the skin of those heterodox homoheretics who surround him.

During the recently concluded World Youth Day in Panama, Pope Francis said there seems to be less compassion in the Church these days. And then, expanding his comments further, he added, "In some Catholic communications media, there is no compassion." Instead, one finds "schism, condemnation, malice, fury, self-aggrandizement (and) the denunciation of heresy."

Hmmm, sounds like the Pope was fed those lines by, oh, who knows — the homoheretics around him. We're pretty sure the Holy Father doesn't get up each morning and log on to Church Militant or LifeSiteNews or Lepanto Institute, although we don't know for certain.

But it's a safe bet that the theological scoundrels around him do. In fact, we have from extremely reliable sources in Rome that that is exactly what some of them do.

The reporting of sites like ours — meaning the "exposing" of heresy and so forth — is monitored very closely and was precisely the reason that homoheretic Fr. Thomas Rosica wants to see a "seal of approval" certification given by the Vatican to various websites.

The issue even became official in the closing documents of the phony Youth Synod last October — a synod engineered to bring the gay agenda of the Vatican homoheretic squad one step closer to reality.

These are strange days indeed, that the successor of St. Peter would echo a bunch of nonsense comments from the well-known pro-homosexual lobby surrounding him says everything you need to know about the current state of affairs. We truly are in uncharted waters owing to the convergence of social media with the current crisis.

First off, allow me to say that these targets, including us at Church Militant, these targets of the homogang in Rome are all outstanding men of the Church.

And not just the LifeSite gang and Lepanto, but many others out here in the world who get up every day and do nothing but defend and advance the Church and Her divinely revealed truth. Do us a favor, homogang in Rome, get rid of your heresy and we won't have to report on it.

But as long as you persist in pushing lies and falsehoods and covering up the homopredator scandal and all the attendant evils; as long as you continue to try and pervert the truth, Fr. Rosica, by claiming that Pope Francis is above Scripture and Tradition; as long as you try and pervert the natural law, Fr. Martin, by claiming that men sodomizing each is a gift from God; as long as you all — and you are all "Legion" — continue to lie about the nature of the Church and the divinity of Christ and salvation and damnation and any other beauty of the Church, you can expect to keep seeing us with or without your stupid "seal of approval."

You don't own the Church. She is not your plaything to institute your own modernist Freemasonic ideas and foist them on ignorant faithful. Your works are of the devil. They are filthy and twisted and perverted — all of them.

There is no beauty, no truth, no charity that you lot would not work to destroy in support of your own psychological disturbances. At the very least, you lie to Peter and deceive him, you pack of Judases. You portray faithful sons of the Church as demented.

We pray Rosaries every day for the good of your souls, that you be saved, repent, come clean and be saved. Whatever earthly influence you acquire temporarily here on earth will all vanish with your last breath.

But then you don't really believe all that, do you? Heck, Fr. Martin doesn't even know how to say a Rosary — hardly surprising. These men and the many others like them should never have been ordained.

Practically any bishop you speak with privately admits that there are many, many men currently in the priesthood who should never have been ordained. But they all hopped on the "gay train" back in the day and got ordained anyway as a means to corrupt the Church as they tried to work out their own mental illnesses.

The Vatican's new editorial director for communications, Andrea Tornielli, appointed by Pope Francis a short while ago, is himself associated with all this.

His appointment brought about the almost immediate resignations of some high staff who bolted as soon as he took over, not wanting anything to do with what they knew would be a flood of propaganda. Their expectations have been met.

Building on the Pope's comments, Tornielli went further and said, "[E]ven among media that proclaim themselves Catholic, there is the spreading habit of wanting to judge everything and everyone, putting themselves on a pedestal and getting worked up especially over brothers and sisters in the faith who have different opinions."

That line says everything about the current state of affairs in Rome. Sorry Andrea, but this is not a matter of "opinion." That's a lie. Church teaching is not an "opinion." It is divinely revealed truth for the salvation of souls.

And when you carry the water for men like Wuerl, Tobin, Cupich, Farrell and so forth, all of whom owe their ecclesiastical careers to homopredator McCarrick, then you ally yourself with them as well. Heck, at this rate, you might as well have been ordained yourself.

You have collectively, for decades, so sullied the bride of Christ, marred Her beauty and abused Her children, that She is practically no longer recognizable to the world. This is no accident. It's been the plan all along because none of you possess supernatural faith. That's why you call the Church's teachings "opinions."

There is a beautiful line in the Old Testament where the Lord God says, "On your walls, Jerusalem, I have put my watchmen to guard you."

Jerusalem is always representative of the Church, and the watchmen are those great Fathers and Doctors of the Church whose truth still rings above your evil voices for those who have ears. None of us out here in internet apostolate land come anywhere near qualifying as "watchmen" on the walls of Jerusalem.

But we do, as every Catholic should, recognize the truth of what those true watchmen proclaim, and we will sound their trumpets and blow their horns until our dying days.

One day, you will have all been swept away by either the mercy or justice of God — depending on the perspective — but the truth of the Catholic Church will remain because even though you don't believe it, it's true: The gates of Hell shall not prevail over the Holy Catholic Church. 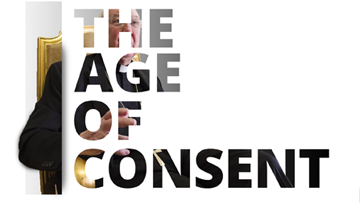 The Age of Consent
Being used as a legal smokescreen.