Because my Bible tells me so — not really!

The U.S. Supreme Court's Dobbs decision overturning Roe v. Wade has had the expected tsunami effect across the American landscape. The demonically possessed child-killers are mobilized, literally mad as hell and on the move politically. They are pulling out every single stop to lock down child killing as a permanent fixture from sea to shining sea.

But with a page right out of errant Catholic theologians' favorite playbook, they are now outdoing themselves.

Horrible theologians, inspired by errant Protestant theology, are fond of saying, "Jesus never said that." That is so stupid it's beyond belief that anyone would even say it. However, because Americans are so conditioned to inane Protestant theology that the Bible is the end-all, be-all; an appeal can easily be made to the malformed masses that if it's not in the Bible, it's not true.

In a rush to advance that craziness, even MSNBC pushes that line of thought, as though it's the case that if Joe Scarborough says it, it must be right. Joe "Theologian" Scarborough.  Give me a break. That's as bad as being lectured about morality by active homosexual Anderson Cooper on CNN.

For the record, you can find the appropriate Catholic response to that ridiculous claim by utilizing any one of a number of resources Church Militant has — our Basic Training Apologetics set, for example, loaded with proper Catholic teaching. Likewise, our very popular Where Did the Bible Come From? collection comes complete with a timeline chart tracing the development of the Scriptures. Knowing the place of Scripture and its role in spiritual life is of paramount importance, or else you end up with idiotic statements like, "Abortion is OK because Jesus never said anything about it."

Hey Joe, the Son of God also never said anything about climate change, racism, slavery, a nation's borders, pedophilia or immigration. So what? But He did say, "Love your neighbor as yourself," which a normal, non-virtue-signaling brain would take to include not hacking a tiny infant to pieces and sucking him out of the womb through a vacuum cleaner, among other things.

Hey Joe, the Son of God also never said anything about climate change.

More importantly here, it was the Catholic Church and the Catholic Church alone that compiled the canon of Scripture, commonly known as the Bible. It was the Catholics who wrote the New Testament, rearranged the books of the Old Testament, translated them, transcribed them, canonized them, fought for them, defended them, enshrined them, and alone have the power and authority to interpret them. It's a Catholic book. No one, especially someone like Joe Scarborough, has any claim to being able to declare what it means or doesn't mean.

But once again, we turn our glance to the bishops who, once again, have forsaken their sacred duty and allowed this madness of personal interpretation of Sacred Scripture to proliferate. How do we know that? Is it just Church Militant being all mean again and everything, or is there some actual basis in fact that we state it? Well, it turns out there is a basis in fact. All you need to do is look around the Church itself and see the abysmal record of the bishops in curtailing personal interpretation of Sacred Scripture, even among their own priests.

Why would bishops say anything about errant Protestant interpretations when they don't say a peep about theologically errant Catholic clergy? For example, our old standby, James Martin, who has turned distortion of Sacred Scripture into a devilish art form, uses the very same argument to defend sodomy that Joe Scarborough uses to defend abortion — Jesus never said anything about two men having sex.

Same comment to you, Evil Jimmy, as to Scarborough — give me a break. Why are the laity having to rebuke Martin while bishops do nothing and say nothing — except, of course, retaliate against the laity doing their work for them? The occasional time a bishop does speak up, it's a day late and a dollar short, after extensive damage to the Faith, souls and truth, plus the culture, State and Church.

But even more glaring, and proving the point even more regarding the bishops not protecting the integrity of Sacred Scripture, are the absolutely inane "homilies" given by billions of priests "interpreting" Scripture. Or, to use that old Protestant standby so popular with brainwashed Catholic youth groups, "breaking open the word."

Please. Give me a break.

There is no scholarship in these Bible classes — just reading something and being asked how you feel about it. That same technique is what's applied by countless priests who "break open the word" for pew-sitters each Sunday. We've all heard the asinine interpretation that Our Lord didn't really multiply the loaves and fishes miraculously — He just convinced the thousands to share some of the dead fish in their pockets with those around them. Or, as Evil Jimmy likes to declare with frequency, Jesus got His marching orders not from His divinity, but from the Syro-Phoenician woman in the Gospels, because Jesus wasn't entirely sure who He was.

We've all heard the interpretation that Our Lord didn't multiply the loaves and fishes miraculously.

These horrors are everywhere in the Catholic world. They are left completely unchecked by bishops who are too busy doing everything else except caring for souls and being guardians of the truth.

The bishops are little else than absentee fathers who happily crack faithful Catholics over the head with their croziers, but would never reign in an erring cleric. In fact, they advance them and protect them at every turn.

At this rate, the bishops should ordain Joe Scarborough. He and Evil Jimmy can "break open the word" for us. 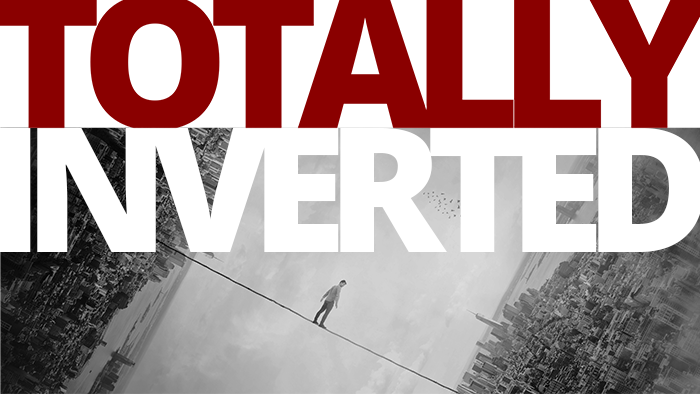