It's about human dignity — which Marxists hate.

This past weekend, the 117th Congress was sworn in, and a question immediately comes to mind: Exactly who are the incoming Democrats "swearing" to? They don't believe in God or a god — at least as God is commonly understood.

So when they are "taking an oath," to whom are they taking it? It's an important question. If you listen to the opening prayer of the session, offered by Democratic congressman Rev. Emmanuel Cleaver, you can see exactly what we're talking about.

It was such a mishmash of literally God-knows-what, it's hard to even pull apart. The reference to the monotheistic God and then tossing in Brahma (who, in the Hindu religion, is the highest of various gods) is so philosophically off base — much less theologically — that it kind of staggers the mind.

But then the coup de grâce: To finish off with a flourish of "Amen and a woman" makes even less sense, if that's even possible. "Amen" is not a reference to biological males — it's a Latin/Greek/Hebrew term meaning, essentially, "so be it."

At the root of the Democrats' view of humanity is a profound lack of belief in God.

However, to perhaps better understand this in context, it comes following recommended changes to House rules by a committee run by Democrats that all  "gender identities" should be affirmed and honored, and all words that point to sex or gender — words like "mother," "father," "he" and "she" — be dumped in favor of words that don't express any sex.

In short, anything that even smacks of objective truth has to be denied or skirted around. The difference in the sexes, male and female, comes from God. So to try and skirt around it is an attempt to skirt around, not just the divine order, but human dignity. The rights of man — found in his very nature — derive from God, not government. Government's role is to protect them, not grant them.

But Democrats don't believe that — not even close. They mouth it because they don't want to reveal the extremity of their beliefs, but they don't believe it. They try to smuggle in their beliefs and hope that over time their weirdo beliefs get normalized, that people just get accustomed to them.

Having Cleaver get up and say "a-woman" is such a move. At the root of the Democrats' view of humanity is a profound lack of belief in God. All the rights of man that fall from that belief are completely up for grabs. That includes the right to defend your life.

The Founding Fathers understood that in, the last measure, whoever has the guns, rules the country. So they equipped citizens with the constitutionally protected right to bear arms. Why? So they could protect their lives from tyranny. That's the reason the Democrats (and all Marxists/socialists) go after the Second Amendment with the passion they do.

It's not to protect life. It's to have the ability to end life at their whim. If they cared so much about gun violence, they would have done something long ago about black-on-black crime in inner cities (a large portion of it is gun violence). The motivation behind trying to cancel the Second Amendment is the same motivation behind trying to cancel human dignity in general — a hatred of God and authentic religion.

It used to be the case that you had to listen to their ramblings somewhat closely to glean all this. Well, not really anymore. The year 2020 has been the year of revelations, all over the place; it's been the year of perfect (20/20) vision.

It also kicked off the choosing up of sides — patriotism or communism. Authentic religion and faith or phony faith. All the pieces are in place for a great, big, enormous, world-altering showdown.

The forces of the so-called "Great Reset" have gathered, conspired and laid out their plan. It began with an election steal, but that was only a means to an end. The other side, the good guys, have been slow to realize the enormity of the threat, slow to even believe it. That side is infested with traitors, cowards and dolts.

Even those on the right side, those who aren't obviously part of the swamp, are poorly organized and don't have any of the built-in advantages that the evil guys have. Mostly, they don't have the media. The Marxist media have the microphone and bullhorn and get to announce whatever they want, truth or lies (mostly lies).

So the good guys have got to wake up, realize the stakes, which, at this point, are everything. There has been a slow erosion of proper comprehension of philosophy and theology on the part of the good guys.

There has been a slow erosion of proper comprehension of philosophy and theology on the part of the good guys.

A "you do your own thing" approach and a "believe what you want" mantra have set the table for the Marxist takeover they are attempting to engineer at this moment. It has impacted both Church and State, and not in a good way. Life collides at the intersection of religion and politics, and the bad guys have understood that for decades.

They've constructed their entire battle plan around it. Meanwhile, the good guys have been playing video games, thinking truth just walks around unencumbered and not attacked. That's not even close to true.

In fact, it's just the opposite. It's precisely why Our Blessed Lord was crucified. The bad guys hate God, and they hate you having guns for the exact same reason. It's all about destroying your human dignity, a dignity conferred on you by God, simply by virtue of His creating you.

Until that is realized and enforced, until the Marxists are actually confronted (and that may mean physically in some places — yes, it's quickly reaching that point), until the meaning of authentic freedom is reasserted, this madness is going to continue. God made man in His own image. Period. From that, everything else on earth finds its grounding.

Can the Church say "Amen"? And for clarity, that's A-men. 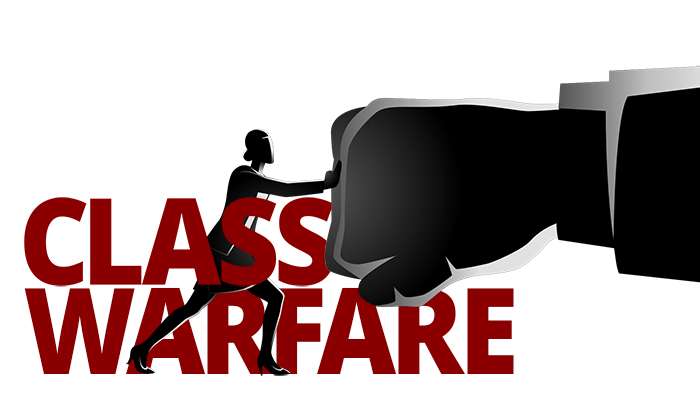