Let's be real about what's going on in the Church, it's all about the Eucharist, the belief in it, the denial of it, the abuses against it, the enormous lack of reverence demonstrated — all of it.

These all boil down to demonic attacks against the very person of Our Blessed Lord in the Blessed Sacrament.

And that's why there has been such an erosion of the fidelity among the clergy — vicious attacks — because the clergy are the access point to the Blessed Sacrament.

In Satan's intellect, if he can so thoroughly corrupt the clergy, he can directly touch on the source and summit of the Faith.

It is for this precise reason, to reawaken in Catholics the understanding of not just what, but who the Eucharist actually is, that we have produced this documentary The Holy Eucharist: God's Lamb.

Church Militant produced this documentary in the spring and summer of 2019 in the midst of perhaps the greatest scandal which has ever befallen the Church, the terrifying capitulation by so many ordained and consecrated men to the homosexual current fueling a corrupt mafia which has taken control of the institutions of the Church.

Those are the words of Abp. Viganò describing the crisis.

In the end, the diabolical attacks against the ordained class has really been an attack by Hell against Our Blessed Lord in the Eucharist.

Hell knows who the Eucharist really is, but sadly, too few Catholics don't as shown in the recent Pew Research findings that 7 out of every 10 Catholics does not believe in the Real Presence of Our Lord under the sacramental signs of bread and wine.

In the midst of attacks against Christ, from enemies even among His own ordained, we felt it necessary, a duty, to reassert the truth of the Holy Eucharist, the source and summit of the Catholic faith.

That belief in this most central aspect of the Faith has fallen to such depths is the biggest indictment of the hierarchy that one could imagine; it was, in the end, the sin of Judas who in Capernaum rejected Our Lord's revelation of Himself as the Bread of Life.

So horrible was that rejection that Our Lord called him "a devil."

The Holy Eucharist has been under attack from within the Church for decades now, and the practices of reception in the hand and standing instead of kneeling, shoving the tabernacles to the sides, emphasizing the "meal" as opposed to the "sacrifice" — all of this and more have contributed greatly to the lack of faith.

Faithful Catholics need to fight to restore this central aspect of faith, for there can be no restoration of the Church at large without it.

Church Militant has produced the following trailer for this all-new documentary.

Please consider purchasing your DVD copy of this important work for yourself as well as other Catholics who do not believe or have never been told.

Many of you ask us, "What can I do to help restore the Church?"

One of the most important things that every single faithful, believing Catholics can do is be able to speak cogently about the Real Presence of Our Blessed Lord in the Eucharist.

That is the entire purpose of this documentary. So please, click on the provided link and order your copy — or copies — today.

Additionally, we are so excited and enthused about this project that we here at Church Militant have scheduled a premiere screening at a local theater here in Metro Detroit.

That date is Saturday, Sept. 21, and all you have to do is just click on the link to get details and reserve your seat.

And one last point, we have produced a small book, which is a transcript of the documentary script complete with photos of significant locations in the Holy Land connected directly to the Eucharist.

We have provided a link for that as well, so whether you want the DVD, the book or to reserve a seat for the premiere screening, just click on the link.

And thank you in advance for all your support and prayers for our work here at Church Militant. 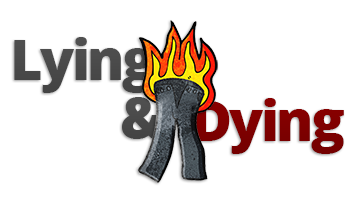