Eat My flesh — and I will raise him up on the last day.

At the beginning of the Wuhan pandemic here in the United States, when bishops were shuttering parishes left and right, the bishop of Providence Rhode Island, Thomas Tobin, speculated on social media if Catholics who are not now going to Mass, would actually return once the Wuhan passed. It's a good question, indeed, a pretty frightening proposition.

Many Catholics who actually did go to Mass when you could, didn't really show up for religious reasons, but for more superficial reasons. They enjoy the fellowship or the donuts. They're in the habit of going just because they always have, or it's the Church grandma always went to — so it's kind of nostalgic — or where such and such got married or whatever — in short, any reasons other than the right one.

And how do you know this? Because despite their bodies being in the pews, their souls reject various teachings of the Church. Without getting into all the massive number of reasons why we are at such a pass, suffice it to say that the shepherds of the past and many of the present reject those teachings themselves, and that spirit of rebellion has trickled down to and infected the laity.

We have now made the documentary available to anyone with a Premium account.

Perhaps the most pressing issue for the few remaining Catholics who actually care about parishes being closed and not going to Mass and not receiving Holy Communion is just that: They are being deprived of Holy Communion — the Blessed Sacrament — the Real Presence of Our Lord.

But for the vast majority of Catholics — even a sizable portion of the faithless crowd sitting in the pews up until a couple weeks ago — they don't really care. That's because seven out of 10 Catholics do not believe in the Real Presence — a fact well-documented by Pew Research a couple of months back in a survey that disturbed many faithful Catholics.

We kind of, sort of, already knew that, but to see it on paper was a real gobsmacker. Here we have the source and summit of the Faith, denied by an overwhelming majority of those claiming to hold that same Faith. Houston ... We have a problem!

There has been little, if any, evidence among most bishops that they either believe in the Real Presence themselves, personally, or if they do, don't feel it's really important to teach those in their care about it. That's why 70% do not believe.

Well, we have some good news in this area related specifically to what Church Militant does, and with your support, we are able to keep doing.

Last year as you may know, we produced our very first documentary. It's on the Blessed Sacrament and we titled it: The Holy Eucharist: God's Lamb. It delves into the Old Testament prefigurations of the Eucharist — and there are many — as well as a deep scrutiny of the Gospels and what they all reveal about the source and summit of the Faith.

We're happy to announce that we have now made the documentary available to anyone with a Premium account. Just go to the site, log in as Premium, or become premium if you are not yet — it's just $10 a month. Click to the videos page, find the documentaries link, click on it and scroll over to the Holy Eucharist button. Click on it and you're off.

We sold thousands of actual DVDs and the accompanying booklet, either of which are still available in the store.

The news about the seeming disregard for the Blessed Sacrament — the indifference to it — needs to be expunged from the Church and frankly, unless believing laity step up and take the lead, it's not going to happen.

And considering many of us are essentially under house quarantine, what better way to spend our time then to reacquaint, to reconnect, with not just the teaching itself, but the basis for it in Scripture and in liturgy.

If Catholics don't 'get' the Eucharist, conceptually as well as physically, then it's essentially lights out.

I may be partial, but speaking personally, I think it's the most significant production we have ever made, and that's saying a lot, because we have hundreds and hundreds of hours of programming available — teaching the faith, evangelization, apologetics, Church history and more. Personally, I think that this one is the absolute best, most important thing we've ever done.

If Catholics don't "get" the Eucharist, conceptually as well as physically, then it's essentially lights out. The Holy Eucharist is preparation for your flesh, your body, to be raised from the dead on the Last Day and glorified. Christ became flesh so that we could "communicate" with Him, not just in spirit, but also in the flesh, because we are spirit and flesh.

That so many Catholics do not know this, or have been taught it so poorly, is the biggest travesty in the Church today and is the leading issue in why things are so completely topsy-turvy in the hierarchy.

So please, become a Premium member right now by just clicking on the provided link. Or if you already are, first thank you, but then please watch this documentary. And whether you are a new or existing Premium subscriber, don't stop there. We have an entire six hours of classes under our Basic Training tab. Just click on the Eucharist button and you will see the six individual tabs appear.

Look, Catholics are either going to start getting serious about the disastrous state of affairs in the Church or we aren't. If we aren't, then we need to start planning our defense before Our Lord when we die, and good luck with that. The documentary, six more hours of video instruction, is a great way to start to get serious again. As a Premium subscriber, you have access to all of that.

We built this entire website and produce hundreds of hours of programming for this exact reason — to serve Catholics in their efforts to defend Holy Mother Church and grow in holiness. We have no other reason for existence. After all, as Bp. Sheen said, it's up to you, the laity, to save the Church. Well, what better time to prepare than right now, stuck at home?

This coming Thursday is Holy Thursday, the night Our Lord instituted the Holy Eucharist. Since most Catholics will not be able to go to Mass, we invite you to at least spend some time learning more about the reason for that blessed night in the Upper Room. 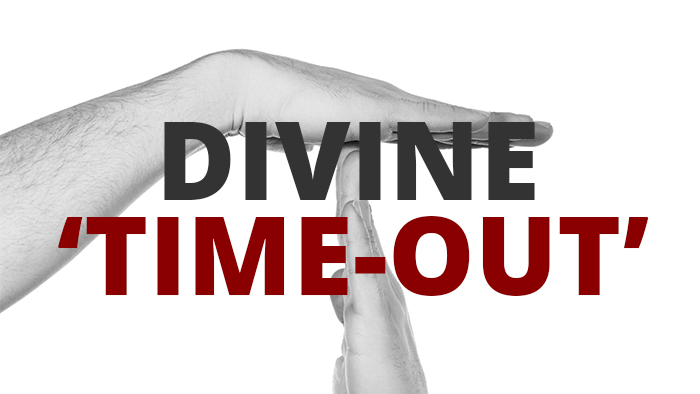