If Jorge Bergoglio is laboring under the delusion that popes cannot be damned, he better go back for remedial catechism with some outfit other than the Jesuits. Anyone can be damned, and while it's all the fad in the Church these days to insist that no one really is damned, the Son of God said quite the opposite.

What transpired this past weekend at the Vatican is a grave sin: Pope Francis rolling out the red carpet for one of the most murderous and traitorous Catholics to ever walk the planet, Nancy Pelosi. The pope has committed a grave sin in giving scandal to the entire world by cozying up to her.

The two octogenarians stood there and sat there posing for pictures. And while their 20-minute meeting and picture session were going on, over 1,700 children were butchered in their mother's womb around the world. Every single day, 125,000 children are killed by surgical abortion — approaching 50 million each year.

Yet these two stand there posing and smiling, contributing to the killing. And yes, that means specifically the pope. We all know what Nancy is a power-hungry despot who never met a fetus she wouldn't sacrifice for her own personal gain. In her 34 years in Congress, that diabolically controlled woman has overseen the slaughter of more than 30 million children in the United States, and done whatever she could to advance it around the world.

So with her, we know exactly what we are dealing with. But with Pope Francis, it's another story. He talks the pro-life game but does nothing to help it. In fact, he aids and abets the enemies of life, the architects of the Culture of Death, like this latest sojourn into the bowels of Hell with his own living, breathing political Pachamama.

These two are worshipers of the earth as well as champions of the poor. Well not really, but that's how their press clippings read. In fact, Nancy timed her photo op with the pope to coincide with the asinine global warming summit in Scotland — or whatever stupid name they're calling it now. Global warming, climate change, the existential threat: The only existential threat these two will ever see is the fires of Hell if they don't repent. And again, Nancy's 81 and the pope is 84.

But turning to the pope specifically, and his monumental sin, consider the pattern that follows with him. He occasionally says the right thing about some intrinsic evil — like sodomy or abortion or sex abuse or financial crimes. But when the cameras are off and the reporters have gotten off the plane, it's what he does that is appalling.

The pope, whom Catholics call the Holy Father, is an absentee father. He does nothing to protect victims of any sort. In fact, he literally doesn't give a damn about them. And yes, we mean "damn" as in damnation. He has zero regard for their souls. If he cared for souls, he wouldn't have also rolled out the red carpet for the sodomy-supporting James Martin.

James Martin leads countless souls to Hell. The pope calls it "going out to the margin and having an encounter." He says that without giving the slightest bit of thought to the eternal encounter the souls will have who are damned because of Martin's evil.

The child murderers and the sodomites have a friend in Rome, a mutually assured ticket to Hell, which they exchange for power on this earth. It would be truly remarkable if either the pope or Nancy were still alive in 10 years. They likely have even less time. And yet, they and all their allies are so completely blinded by their sin (they actually love their sin) that they can see nothing of the consequences of their actions.

For years, the pope ignored the pleas of the people — again, victims — until video proof forced the pope to accept the bishop's resignation. It means looking the other way as a massive international money-laundering operation, billions and billions of dollars, is carried out right under his nose, with the likely con man being none other than Cdl. Pietro Parolin, his secretary of state.

The victims of his reign of indifference extends to the millions of faithful Chinese Catholics, bartered away by homopredator in chief Theodore McCarrick in exchange for what experts say is billions.

He gave no care whatsoever about the victim Cdl. Pell, who had to rot in jail in his native Australia, until finally winning on a last appeal of completely fabricated charges, initiated because he was getting too close to the details of the money laundering being directed by Parolin and his international network.

As his cover however that he actually does care, he goes on nonstop about immigrants (the illegal variety), yet he hypocritically keeps himself ensconced behind giant walls as he hurls down condemnations about other countries not letting in the poor.

None of this means he isn't the pope, and such talk among the laity is scandalous in its own right. Not a single cardinal in that 2013 conclave has come out and said the election was rigged and Bergoglio isn't the pope, that he is in fact an anti-pope.

If he is, a future pope can declare that, when Jorge Bergoglio will no longer be a pope. But if the very men gathered in conclave haven't made that public accusation, anyone who is suggesting that better take into account that they too will have to give an account of themselves to Almighty God when they die.

Such talk adds to the scandal of the "little ones," the simple, even potential converts, who, when they hear big-mouth Catholics on social media saying he's not really the pope, draw back from approaching the Church. Do any of us desire to stand in front Our Blessed Lord as the Supreme Judge and explain why, in our desire for more clicks, we drove people away from the Church by planting serious doubts in their minds — that we became the stumbling block for them in never receiving the Body and Blood of Lord Jesus Christ?

Catholics who believe the Faith can also end up in Hell, just like wicked popes can. Up until Pope Francis, Catholics worldwide had only experienced a few decades of seeing and hearing the pope in any regular fashion, owing to the dramatic papacy of Pope St. John Paul Il.

Before his election in October 1978, most Catholics just didn't pay all that much attention to whoever the pope was. Heck, it was only a little over a hundred years ago that anyone ever even saw the pope, owing to the advent of mass communication. But John Paul changed all that, appearing on the world stage, colliding with mass media.

If the cardinals in the conclave do not cooperate with God's grace of inspiration and elect their own man instead, then he is still the pope.

Now the papacy is an integral part of the world tapestry — and zillions of Catholics have a very bad understanding of the situation. They tend to believe if the pope says something, it's from God or, even more naive, that whoever is pope was handpicked by God the Holy Spirit.

There is not a single syllable of truth to that. Certainly, the Holy Spirit desires a certain man to be pope, but if the cardinals in the conclave do not cooperate with His grace of inspiration and elect their own man instead, then he is still the pope, but it likely isn't going to end well.

Just because a given pope is not the one God willed, does not make the man elected not the pope. Cardinals, just like you and I, are perfectly free to reject the will of God, or not properly discern it and make a wrong choice in the eyes of Heaven.

Pope Francis seems to be solidifying the idea every passing day that he was not the pope Heaven desired, but he is still the pope. And while he is on the throne of St. Peter, no one on earth has the authority to unseat him — and certainly not YouTube Catholics.

Again, the cardinals in conclave who elected him have not made that claim, so how dare anyone else?

What we have is yet another bad pope. This one is a more despicable way perhaps than history's other bad popes. And when he dies, he will no longer be pope, and, like every soul, including Nancy Pelosi, he will be escorted into the judgment chamber of the Chief Shepherd and have sentenced passed on him.

There will be no talk of climate change or synods on synodal synodality and getting the smell of the sheep on you and all that nonsense. Given the pope's enormous track record of utter lack of compassion for victims of all stripes, if he doesn't repent in his remaining days, few that they are, the only smell will be sulfur, and the change in climate will be surely intense. 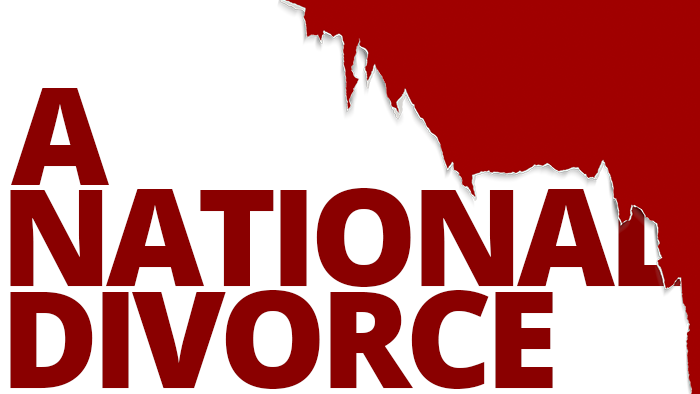