In the great celebration of Easter, we are only halfway through. The Church celebrates Easter as one long feast — an octave — because the joy of Easter cannot be contained in just one day. And the Easter season is exactly one week longer than Lent because, despite the pain of life and its crosses, the joy is more enduring than the pain. For the faithful, pain is temporary; victory is forever.

Our Lord speaks of this when He talks of the pain of childbirth — that when a woman is going through it, it's intense, but once the child is born, she soon forgets the pain because her joy overwhelms her. And so it is for the faithful in the Church today regarding the pains and the agony of watching what feels like the Church being destroyed, especially when it seems to be getting destroyed from within.

We must remember that on "Spy Wednesday," one week ago today, this is precisely what was happening as Judas plotted with the Jews to betray Our Lord. No great victory is possible without an equally great sacrifice. Salvation costs, and it costs dearly. It cost Our Lord His life.

No great victory is possible without an equally great sacrifice.

It, likewise, has and will cost the Church Her life in the person of Her martyrs and saints. In the modern-day preachings and ramblings of happy-clappy priests and clergy, salvation is cheap. In fact, it is essentially free, which, whether they realize it or not, renders it worthless. And they have made it so cheap and worthless that they can't even give it away now. No one is interested.

Today's clergy members have reduced themselves and the Faith to the scantily clad hucksters in malls, waving perfume cards in front of customers trying to entice them to buy the cheap scent in a bottle. No one cares, and only the most ignorant or gullible have their interest piqued.

Today's clergy and hierarchy were apparently out sick the day their professors covered the theology of the Pearl of Great Value. They also must have been out ill the day the material was covered about not casting your pearls before swine. The truth is that many (perhaps even a majority) of the clergy and hierarchy no longer value the Faith themselves. They don't believe it.

They have cast their pearls before swine, and now the swine have trampled them underfoot and are turning around on them. As the phony virus narrative continues to drag on, various bishops and priests are now issuing what amount to vaccine certificates or passports to be able to receive the sacraments. And yes, you heard that right. You need proof you've been jabbed before these men will allow the dispensing of sacramental grace to you. We can't even believe we are saying this, but there are special "Star of David" lines — roped-off sections of the parish — for Catholics who have not been vaccinated.

What's happening, however disturbing, might best be understood this way. Faithful Catholics — the ones who believe and accept all the Church's teachings — will increasingly rebel against this madness and leave these locations, be it a diocese or a parish. Not all of them will be able to do so, but many will — and they will bolt.

This whole insanity, in fact, may be a blessing in disguise.

In fact, this Catholic realignment, which has been underway for a while now, is now shifting into a higher gear as the word gets out which priests are quietly refusing to implement these idiotic rules or who are finding a way to dance around them.

Once identified, faithful Catholics will start showing up at "Fr. No Nonsense's" parish. This whole insanity, in fact, may be a blessing in disguise. It's actually accelerating the demise of the Church of Nice, which was already in bad shape before.

Whether the participating hierarchy realizes it or not, they are contributing to the destruction of their own structure. Long ago, an alternate "church" was created in the middle of the existing Church (which was meant to undermine Her). This alternate church slowly began to undermine liturgy, scripture, morality, etc., until it so thoroughly accomplished its goal that much of the Faith is no longer recognizable.

And so, the current crop of clergy has been prepared over decades to actually go insane, spiritually. They simply do not believe in the Catholic faith. They may believe what they believe to be the Catholic faith, but they are far from the truth of Christ. And they are setting not only themselves up for disaster, but the souls in their charge as well.

The political division that was exposed under Trump — exposed, not caused — was helpful in opening people's eyes to the truth of the political world. Likewise, the preexisting division in the Church, caused by modernism, has been exposed for many by the bishops' response to the virus. They have shown themselves as complicit with the world in discarding the superiority of the sacraments over the things of the world.

As this evil continues to wear on, various Catholics will have to choose sides — and they have already started. We are halfway through the Easter Octave, and we may very well be at the halfway point of the end of the Church of Nice in America. 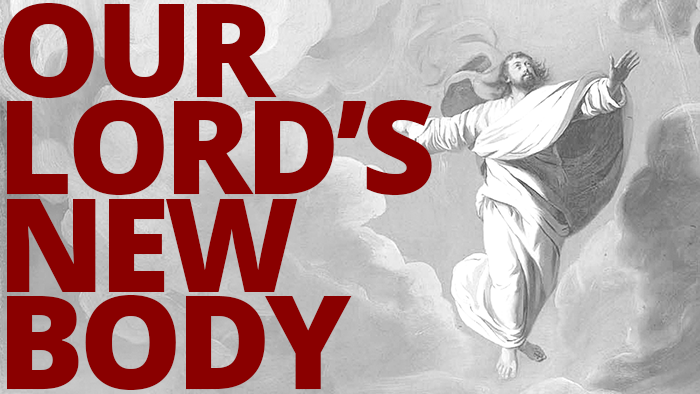 Our Lord’s New Body
Easter is the announcement of final victory.