How can any of you escape damnation?

When His Eminence, Cdl. Timothy Dolan, was named archbishop of New York by Pope Benedict in 2009, many pro-life groups were quite pleased. The cardinal, though still an archbishop, immediately upon being named had some street creds as being solidly pro-life and all that.

He was viewed widely as being solidly orthodox. But something seemed to happen once the man met Manhattan, or perhaps Manhattan met the man. It's hard to discern if the cardinal was truly everything everyone was willing to believe at the time or if he was just a clever political type who took stock of the winds blowing from Rome and decided to be conservative-looking.

Once he got the appointment, he almost immediately began to disappoint many who had initially been enthused. From one scandal after another, too often involving homosexual stuff he was willing to ignore, to the Al Smith dinner, inviting Obama in 2012, to leading the way for inclusion of active gay groups in the St. Patrick's Day Parade in 2015, and many things in between, it's been just one thing after another.

But late last year, a book emerged by author William O'Shaughnessy, one of those "toast of the town"-type authors and personalities who keeps company with the rich and powerful, although not being especially rich and powerful himself. He is content to write and report on them in all manner of fawning and praise so as to keep his dance card well punched at their galas and assorted cocktail parties.

His latest contribution to the world of literature is a recounting of his nearly decade-long friendship with former New York governor Mario Cuomo — the liberal, pro-abortion governor and god of the Democratic Party in the 1980s and 1990s. Cuomo is dead now. Whatever glory and fame he achieved on earth matter absolutely nothing now.

The book is full of pictures and is a typical biographical work by a friend and fan, raising Cuomo to the level of a near-saint. If you turn the book over and look at the gushing comments on the back, you will notice an eye-popping quote by New York's cardinal: "Thank God for Mario Cuomo" — to which anyone with any Catholic sensibility would say, "What? Are you kidding me, Cdl. Dolan? Seriously?"

Thank God for Mario Cuomo? Are the millions of babies who were aborted owing to his twisted reasoning, which gave cover to generations of power-hungry Catholic politicians — are they thanking him?

In 1984, Cuomo was invited by Fr. Theodore Hesburgh, then-president of Notre Dame (who is also dead now), and Fr. Richard McBrien, dissenting theologian and chairman of the theology department (also deceased), to give a speech. The point of the speech was to present a rationale for Catholics, and most especially Catholic politicians, for voting for abortion legislation and candidates in favor of the killing.

The meat of the speech became the now-infamous phrase "I'm personally opposed, but ... ,"  as in "I'm personally opposed, but I'm not going to impose my morality on you." That is the standard when it comes to abortion now. I wish you wouldn't have an abortion, but in a free and democratic culture, where religious morals have no standing, you are free to do so, and I won't oppose you. So vote for me.

The speech came a few weeks before the Reagan-Mondale election of 1984 where Reagan mopped the floor with Mondale. The liberal, dissenting, unfaithful Catholic crowd, of course posing as faithful Catholics, was growing very uneasy that Reagan looked like he was going to win another four years, so they pulled out all the stops and created a media sensation by inviting the media darling Cuomo to the most famous of all Catholic stages in America to undermine Church teaching and make it all look reasonable.

Cuomo is dead now. Hesburgh is dead now. McBrien is dead now. This now-dead trio worked tirelessly to provide cover for Democratic Party Catholic politicians who wanted to hold on to their power but needed a rationale to vote for child killing, yet still appeal to Catholic voters for their votes.

Cuomo provided it. "I'm personally opposed, but ... ." The damage this man is responsible for to the cause of trying to save millions of children who have been murdered in their mothers' wombs is beyond repair.

Cardinal Dolan knows this. Everyone in the Church in America who was alive before 1970 knows this. Why would Cdl. Dolan, who knows every bit of this evil history, contribute to a book glorifying the one single Catholic politician responsible for the Catholic cover argument? This pandering to the rich and murderous by the archbishop of New York has got to be called out.

So many Catholic clerics like Dolan are excited about kissing up to these politicians and their social jackals because they want to keep getting invited to the cocktail parties and feel like they are still relevant and get whatever money they can get from them. Cardinal Dolan denounces evil every now and then, in limited circumstances, when it suits his needs. But he almost never misses a chance to associate himself with the enemies of the Church and promote their agenda, directly or indirectly.

New York City is perhaps the most Democratic city in the country. The rich and powerful are almost exclusively Democratic or are so large in their numbers that they overwhelm any Republicans. So Dolan knows what side his bread is buttered on. The problem is that "man does not live on bread alone," Your Eminence.

All these men, as all men will one day, will have to give an account before the Lord of Life for their pro-death actions, no matter how much they may be schmoozed over by fawning, fact-ignoring authors. Mario Cuomo is dead. Theodore Hesburgh is dead. Richard McBrien is dead. Judgment has been passed on them, and it is done.

Cardinal Dolan, with all due respect, are you crazy? Your eternal life — is it really worth exchanging for all the backslapping and cocktail parties and elbow-rubbing with political elites? You have praised Obama. You have praised Hillary. You have praised Cuomo. That is not the company a follower of Christ should be in. Convert them or condemn them. But you don't want to join them.

And all the other bishops missing a spine or sympathetic to the politics of the issue need to likewise understand you are each and all playing with fire, and if you are damned, you will have brought it all on yourself. 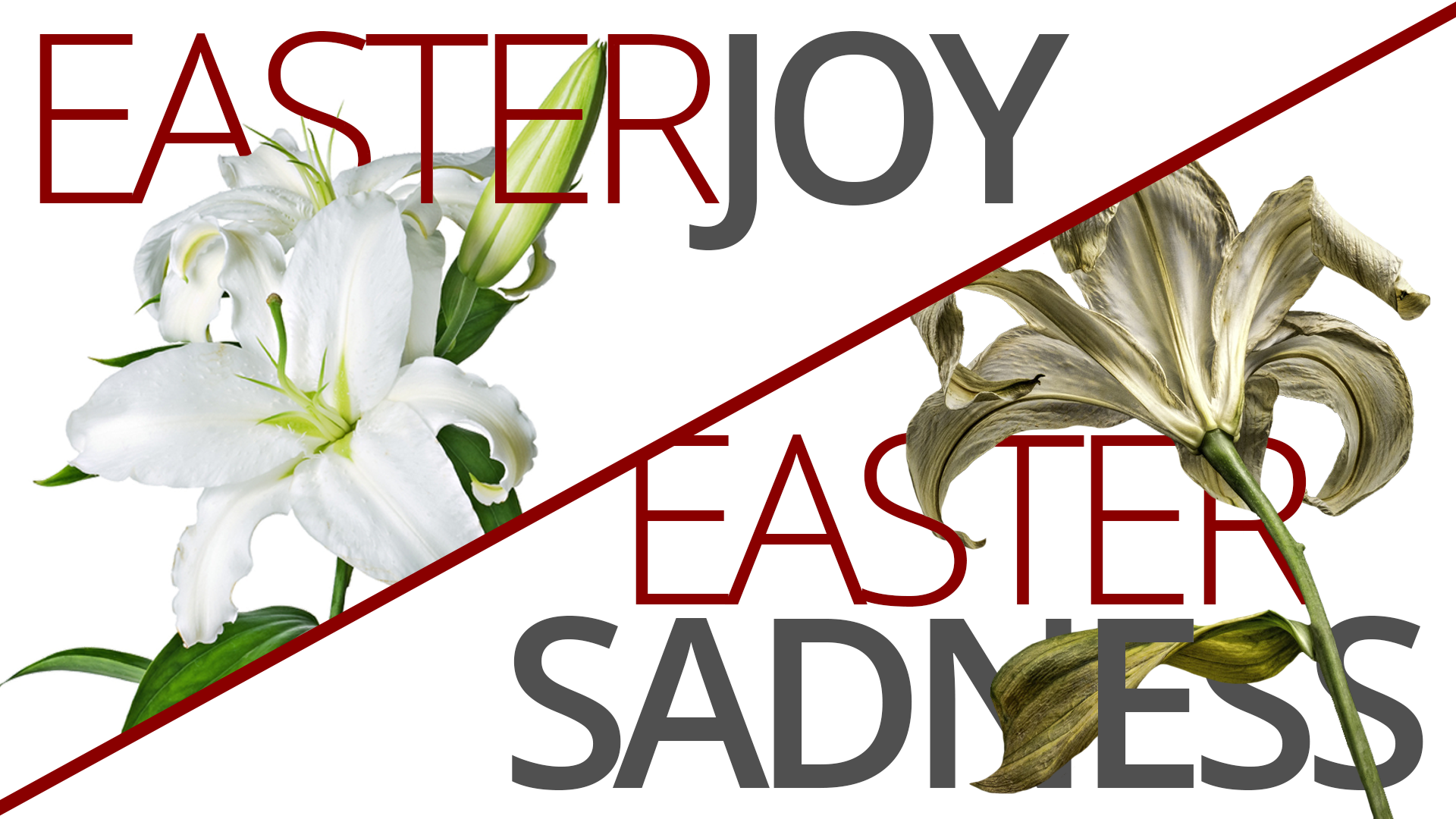 Easter Joy/Easter Sadness
Does anyone ever think of these things?