Especially with bishops and priests.

So we haven't mentioned this directly in a while, but the truth is a hard thing to keep suppressed. Bishop Robert Barron's spiritually destructive position that we have a reasonable hope that all men are saved must continually be examined in light of new information.

So, let's look at some new information, shall we? A record percentage of Americans now believe that gay and lesbian relations, pornography and polygamy are morally acceptable. This according to the Gallup Polling Agency in its annual "Values and Beliefs" survey released last week, which began in 2001 and surveys Americans' attitudes on a host of issues.

A record high 67 percent of American adults believe that gay and lesbian relations are morally acceptable, up from last year's high of 63 percent. Other record-setting attitudes were also revealed.

On the pornography front specifically, 67 percent of men aged 18 to 49 this year say pornography is morally acceptable, a 14-point increase from last year. The abortion question remains essentially neutral and unchanged, as it has for decades. Forty-eight percent opposed. Forty-three percent supportive.

Based on what exactly, Bishop? Some stupid theological theory which relies on a third and fourth-century heresy and brought back to life again by a Protestant theologian? See, clerics and prelates like Bp. Barron — and there are many others like him who are happy to believe this idiocy and whistle past the graveyard — they like to make their preaching and presentations sound all "reasonable" and easy to digest and non-confrontational. In short, popular.

But they are lying to you when they use this approach. They don't care about you or the truth. They care about their own popularity. So they dress up the Faith as reasonable sounding because they don't want to offend anyone. And they promote themselves and their anti-tradition phony Catholicism, no matter how warm and friendly it might sound in other areas.

It only takes one drop of poison to kill, even if it is in a glass of nice warm milk. So let's get down to brass tacks here, shall we? Bishop Barron believes there is a reasonable hope all men are saved.

Apparently, that applies to the three-fourths of the U.S. population that believes cheating on your spouse, divorcing them and abandoning your vows — not to mention your children — just for the sake of sexual satisfaction with someone other than your spouse.

That's what the Gallup poll reveals. Three out of every four Americans is fine with divorce and remarriage. Reasonable hope? Seriously? Reasonable hope that those who leave their spouse and shack up with another are going to be admitted into the Beatific Vision?

How about the gay sex lovers? Two out of three are down with sodomy, so I guess no need to worry about them either, huh Bishop? After all, we have your reasonable hope. Your reasonable hope that in the end denies the justice of God and the free will of man. Heck, you might as well break your vows while the rest of the country is at it. They support you in it, and you'll go to Heaven anyway because we have a reasonable hope all men are saved.

For that matter, why even become Catholic or stay Catholic? Everyone goes to Heaven, so what the Hell, there is no real Hell with humans in it, right Bishop? Just some theoretical possibility.

To that point, Judas Iscariot is in Hell. Bishop Barron is fond of using the throwaway line that the Church has never declared anyone is in Hell. First, Our Blessed Lord did. He also said other human beings would be damned.

But in the case of Judas, it is wrong and deceptive to pretend the Church has never said he's not burning Hell. Here is what the Council of Trent Catechism says of Judas, in two separate instances:

"Such certainly was the condition of Judas, who, repenting, hanged himself, and thus lost soul and body."

And of bad and misleading priests and bishops, "but also end in this, that they derive no other fruit from their priesthood than was derived by Judas from the Apostleship, which only brought him everlasting destruction."

That doesn't sound like we have a reasonable hope that all men are saved. It also sounds like a good number of the ordained will end up damned for spreading error and false teaching and confusion. Hint, hint.

And in the Liturgy for Holy Thursday from the Old Rite, the prayer during Mass reads: "O God, from whom Judas receive the punishment of his guilt, and the thief received the reward of his confession, grant us the effect of your clemency."

So much for all men being saved. This idiocy about no one being damned is fuel for the homoheresy in the Church. And, while Bishop Barron has not — to our knowledge — come out and publicly supported it directly, by giving the impression in people's minds that everyone is saved and no one goes to Hell, he provides a powerful underpinning for the arguments of the homo-heretics.

In fact, why hasn't Bp. Barron come out and publicly condemned the false teachings and lies of Fr. Martin and his wicked cabal. Is he afraid he will lose some valuable personal capital?

Is he aware that the moment he would speak in condemning terms of the homoheresy dominating the Church right now, people would correctly throw back in his face his own spiritual poison that we have a reasonable hope that all men are saved, so why does it matter if these men are sodomizing each other, Bishop?

Yeah, got to keep current on all this.

Bishop Barron is wrong and deceiving millions with this reasonable hope garbage. And he's fueling the homoheresy — perhaps intentionally, perhaps not. But he's doing it nonetheless.

All you priests and bishops with zippers over your mouths, dwell on that line from the Council of Trent about how meaningless and fruitless your priesthoods will be when you are burning in the fires of Hell. 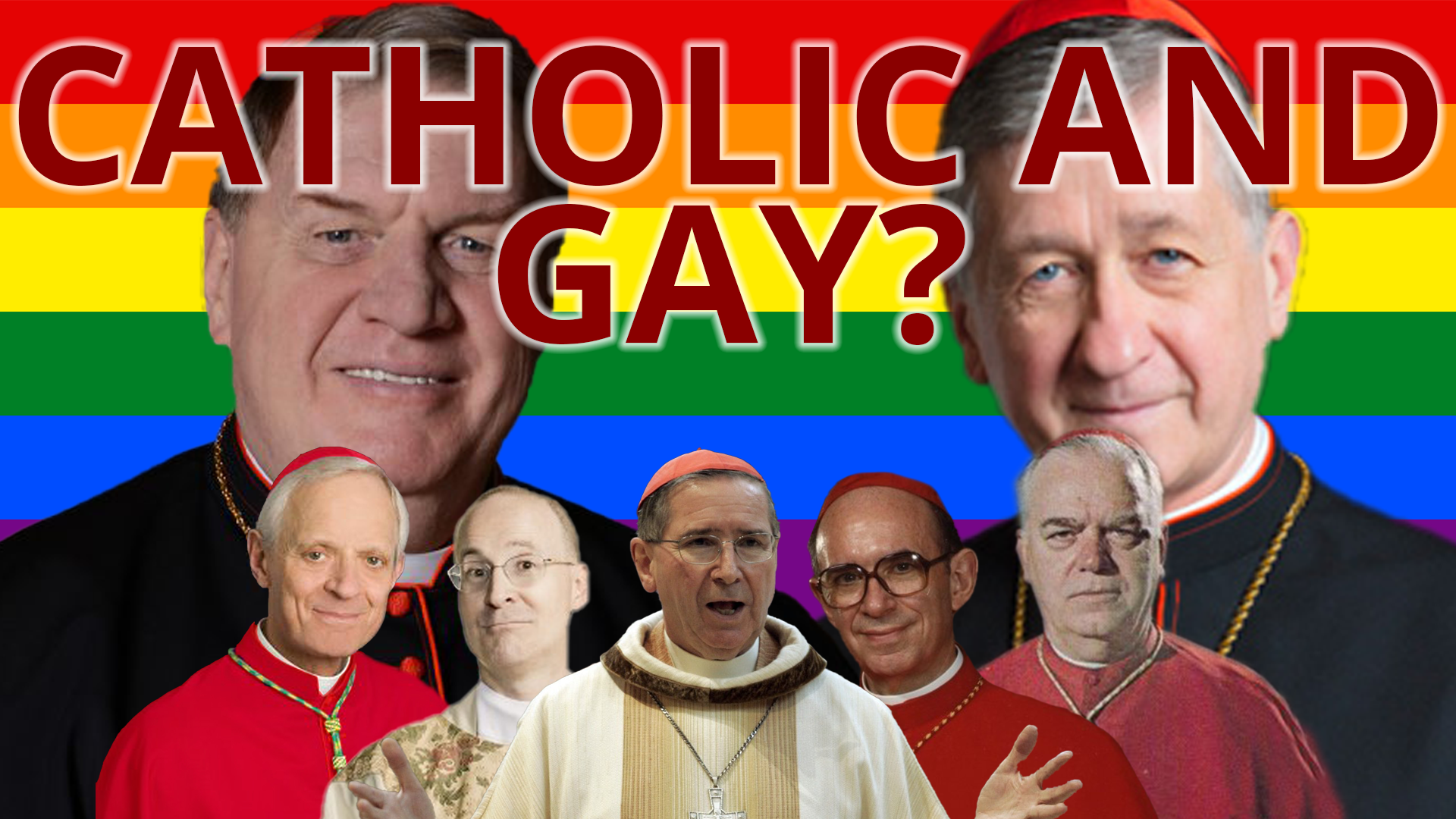 Catholic and Gay?
You can't be both.