Game over, Your Excellencies.

I'm Michael Voris in the final week of our coverage from Rome where right now it is one o'clock in the morning.

Church Militant has been following a story for two months now, and we have this latest breaking development.

A few days after the Pennsylvania grand jury report was released in August — which eventually brought down McCarrick ally Donald Wuerl — Church Militant aired a special report in which we said that insiders in D.C. had informed Church Militant that a U.S. Department of Justice RICO investigation was being seriously considered.

Our D.C. sources were spot on, as earlier this month — fully seven weeks after Church Militant broke the news — the U.S. Justice Department sent out this letter to Cdl. Daniel DiNardo, president of the U.S. bishops, instructing him to make sure every bishop in every diocese in America knew that the Justice Department was "investigating possible violations of federal law."

Additionally, the official correspondence instructed DiNardo to immediately convey to every diocese and bishop in America that no documents are to be destroyed or altered, etc. This now proves that the probe into the Church has grown far more extensive than most ever seriously thought it would — some establishment Catholic media even mocking our reports.

As one expert told the secular media this weekend, "Every diocese in America should now consider itself under federal investigation." Think about that for a moment.

The bishops have been ordered by the feds to keep all their files on a broad array of matters, sexual abuse investigations and notably the transfer of priests across state or international borders — and even to treatment centers.

And in a tip of the hat that the feds know exactly how the bishops have played this game for decades, the seven-page letter made specific reference to the "secret archives" — the confidential files that each diocese keeps. They are to remain in safe keeping.

Our Church Militant D.C. sources tell us, "The DOJ is very focused on uncovering specific criminal violations that allow them to formally open a RICO investigation. The U.S. attorney's demand letter to the USCCB is specifically attempting to preserve all records so that they can be searched for those violations."

There is little doubt that given the already-known facts of what has transpired in multiple dioceses around the country for decades that the feds will find a treasure trove of evidence pointing to crimes — and crimes that are so related to each other across state lines that the RICO statutes will be triggered.

The not-so-subtle suggestion of the demand letter makes clear that is exactly where all this is headed, given the request for specific information about state and international borders being crossed.

There is no other way to spin this except to call it what it is: the beginning of a full-blown investigation by Trump's Justice Department into decades of criminal behavior and cover-up by scores, if not hundreds, of U.S. bishops, which will likely result in multiple indictments being handed down and multiple U.S. bishops being charged under federal racketeering laws — and quite possibly doing hard time.

The full realization of all this has not yet quite dawned on leaders here at the Vatican, and in typical Church non-speak, nothing officially is being said in response. But this is something that the Vatican will no longer be able to avoid.

Pope Francis may be able to shake his finger at the international press and say he is not going to say a single word about any of this like he did about Abp. Viganò's explosive testimony, but his American cardinals will not be afforded the same luxury when they are sitting in front of U.S. grand juries.

It's obviously going to take time for all of this to unfold. It may, in fact, be the largest or farthest-reaching criminal investigation in the history of the United States, but the moment has arrived and the crimes and cover-ups which have become commonplace among the U.S. hierarchy are about to come fully into the light at last.

Step back here for a moment and consider the enormity of all this — and it is enormous. It is the very definition of a massive, massive crisis because bishops and cardinals could be going to federal prison.

The Church would or will almost certainly lose the tax-exempt status, and multiple dioceses and archdioceses will be thrown into bankruptcy and complete disarray.

Lucrative financial holdings may very well have to be liquidated and vast real estate tracts sold off.

And no, not one word of this is an exaggeration. If the feds turn up sufficient evidence to charge the U.S. Catholic Church with RICO violations — and we all know there is more than sufficient evidence — then it will be lights out for dozens if not hundreds of Church leaders.

Consider the impact. Consider how many people at all levels of multiple chanceries across the country have been a party to all this evil and related cover-up for years. How many monsignors and seminary staff and so forth have had first-hand knowledge of all of this.

And consider this single underlying truth: Despite all the deceptions and denials and deflections from official U.S. Churchdom, this has all been brought down on the Church because of the unfaithfulness of leaders in embracing the sin of homosexuality among the clergy.

In more than 80 percent — four out of every five cases of child sex abuse — the victim was a physically mature teenage boy assaulted by a homosexual priest.

For years, Church Militant and many other faithful apostolates have been screaming this from the rooftops, warning of the spiritual danger of all this, in addition to the obvious temporal danger.

Every single warning and pleading has been thrown back in the faces of all these faithful Catholics. And now the chickens are coming home to roost.

The only honorable thing at this point for each and every bishop and priest to do who has had even the slightest involvement in any of this is to come forward now admit it publicly and face the music. The tens of thousands of lives and millions of faith lives that have been destroyed by this hidden sin of sodomy within your ranks demand nothing less.

It's all going to come out. You can do it the painstaking way and spend every last ounce of the Church's material wealth on thousands of lawyers and drag this out for years — and drag the faithful through one endless news cycle after another of stories of abuse and subpoenas and grand jury reports and everything else that will unfold — or, for once, you can step forward and demonstrate some shred of decency, tell everything you know, offer it all up to the feds and spare the faithful all of it. You owe us that.

Dozens of you — if not more — are guilty, if not when you were bishops, then when you served in chanceries and helped shuffle priests around and ignored warnings and requests from parents and victims.

You made secret settlements to keep the truth from coming out — fools you above all should know, the truth always comes out.

This is going to get very ugly if you all lawyer up and pay for it with money from the faithful. Spare the faithful any further humiliation and fess up.

And one last thought: Cardinals are, by virtue of their office, almost always citizens of the Vatican.

As we said in our special report almost two months ago, this is exactly what the Vatican feared the most — its biggest nightmare — a full-blown U.S. Department of Justice investigation.

That fear has now just become a reality for the Church in the United States as well as here in Rome. The clock has just expired — game over. 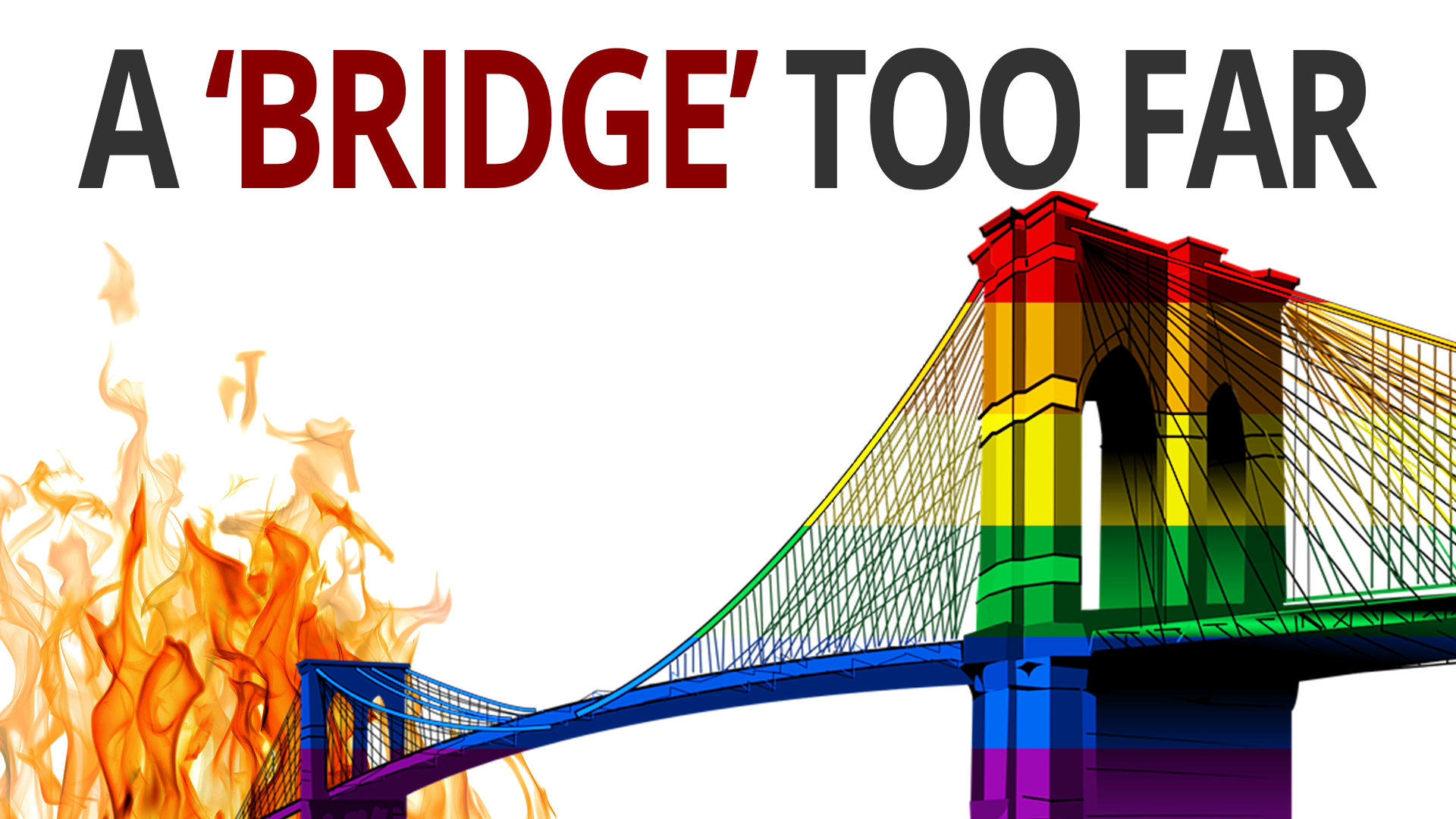 A ‘Bridge’ Too Far
Surprise from Rome.