Using your money to fund the Party of Death.

It's now the week leading up to American Thanksgiving, and that means that the bureaucrats who run the U.S. bishops' conference are going to be passing out the CCHD envelopes in parishes all over America this weekend. Don't give them a dime.

For those of you who may not know about the CCHD — the Catholic Campaign for Human Development — it's been a source of scandal for the bishops' conference for decades. It was the brainchild of modernist churchman Cdl. Joseph Bernardin of Chicago back in 1970 and allegedly began in response to the race tensions from the 1960s. The bishops identified that some of the poverty in America among black Americans as owing to racism, so they established what was then called the Campaign for Human Development. It was to raise a few million dollars and then close shop. But like all cash cows, once the bishops saw it generated a few million bucks a year at the annual collection, they kept it going in perpetuity. 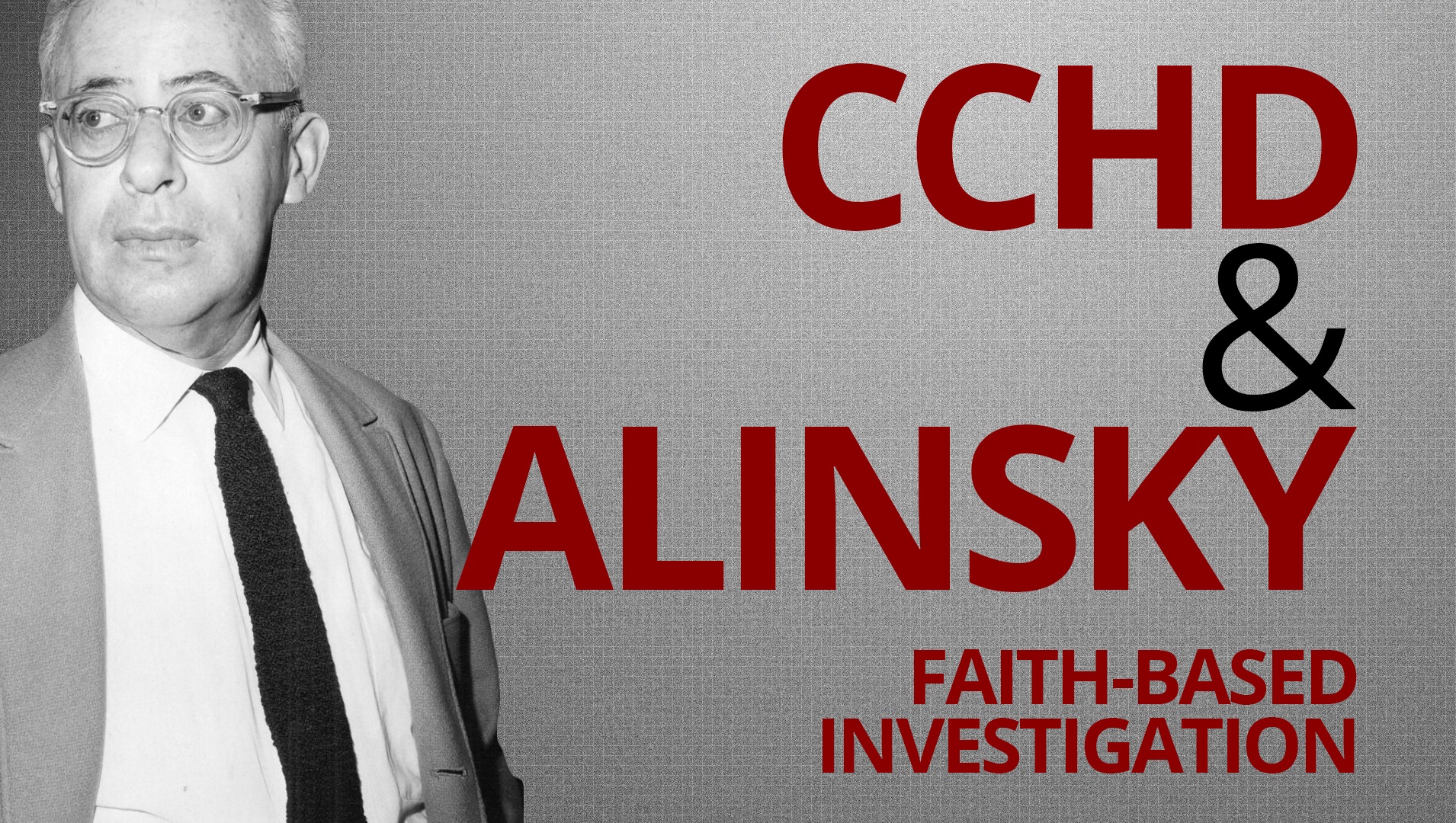 It's still going. But along the way, early on, it became a vehicle to fund Saul Alinsky-style community organizing which greatly benefited and still does benefit the Party of Death. If you'd like to know more detail, the first installment of our FBI series — originally called CIA — was on this topic — it's called CCHD and Alinski. It details the history of the campaign and how it became a source for community organizing.

It was at the original airing of this FBI in March of 2010 that we here at Church Militant first began to fall afoul of the U.S. bishops, namely Abp. Charles Chaput, to begin with, who sent us very pointed emails telling us that our reporting these details of the inner workings of the CCHD was "disobedient" and "divisive." He admitted multiple times that there were severe problems with CCHD but that we had overstated those problems. Umm ... no, we didn't. Note to self: Never talk about the money and the backroom deals. We've attached a link to the original episode for you to view yourselves.

And for the record, our FBI episode on the CCHD was in part the basis for the very successful "Wolf in Sheep's Clothing" documentary aired on EWTN earlier this year and produced by the splendid father-son team of Richard and Stephen Payne at Arcadia Films. The original name as we said was just the Campaign for Human Development. The word "Catholic" wasn't inserted by the bishops until some years later when it came under withering criticism for doling out millions of dollars to extremely liberal social justice causes — to groups in favor of abortion and gay rights.

Much of this became very public when it was discovered that the CCHD had given around $7 million to ACORN, the scandal-plagued organization that was essentially shut down by Congress for not helping the poor but illegally registering Democratic voters.

The CCHD had been largely overseen until recently by John Carr, a darling of the social justice crowd in the Church, who held a key post in the Jimmy Carter White House. Carr served as the executive director of the White House Conference on Families, a group that spent a lot of time trying to get increased traction for abortion, contraception and acceptance of homosexuality at various dog and pony show hearings around the country.

During and after Carr's departure, a man by the name of Ralph McCloud was the hands-on man who ran and oversaw the day-to-day operations of the campaign. McCloud was also the honorary finance chair for Texas State Senator Wendy Davis, a Democrat who you may remember as staging an 11-hour filibuster to kill pro-life legislation. So radical is her support for abortion that she earned the nickname, "Abortion Barbie," and recall, the man running the Catholic Campaign for Human Development was her honorary finance chair during her political campaign.

There is no way Catholic dollars should be going to the allegedly Catholic Campaign for Human Development. Over the decades, the money has been given to all sorts of groups that support abortion, contraception, homosexuality, Planned Parenthood, illegal immigration and so forth — the whole smorgasbord of the pet causes of the Party of Death.

Numerous attempts by numerous Catholic laity who have done their homework on this specific topic for years have been made to talk to bishops privately and publicly. Occasionally, a bishop here or there listens and drops the collection from his diocese, but the overwhelming majority in solidarity with the mind-numbing agitprop from the political Left still raid parishes and ask the faithful to donate millions of dollars in the name of fighting poverty when it's really used for the promotion of a political leftist agenda. They, of course, deny this when, on the rare occasion, they actually address the substance — but the facts are the facts.

It was founded as a fundraising mechanism to increase voter rolls for the Party of Death. It has continued to do that for going on 50 years, and it will continue to do that until everyone who runs it is no longer in charge. It is part and parcel of the liberal leftist bureaucracy which runs the bishops' conference and has ever since it was established back in 1966 by one of the most liberal modernist bishops in American history — Detroit's own Cdl. John Dearden, who hand-picked Joseph Bernardin to be his successor.

Save your money for the local pro-life cause and do not put a red cent into the basket for this Party of Death financing arm. In most American parishes, you'll see the envelopes this coming weekend. Ignore them and give your money to an authentic Catholic cause, not a Saul Alinsky-inspired program that paid for Barack Obama to learn how to do community organizing in Chicago in the 1980s.

Haven't we been deceived enough? 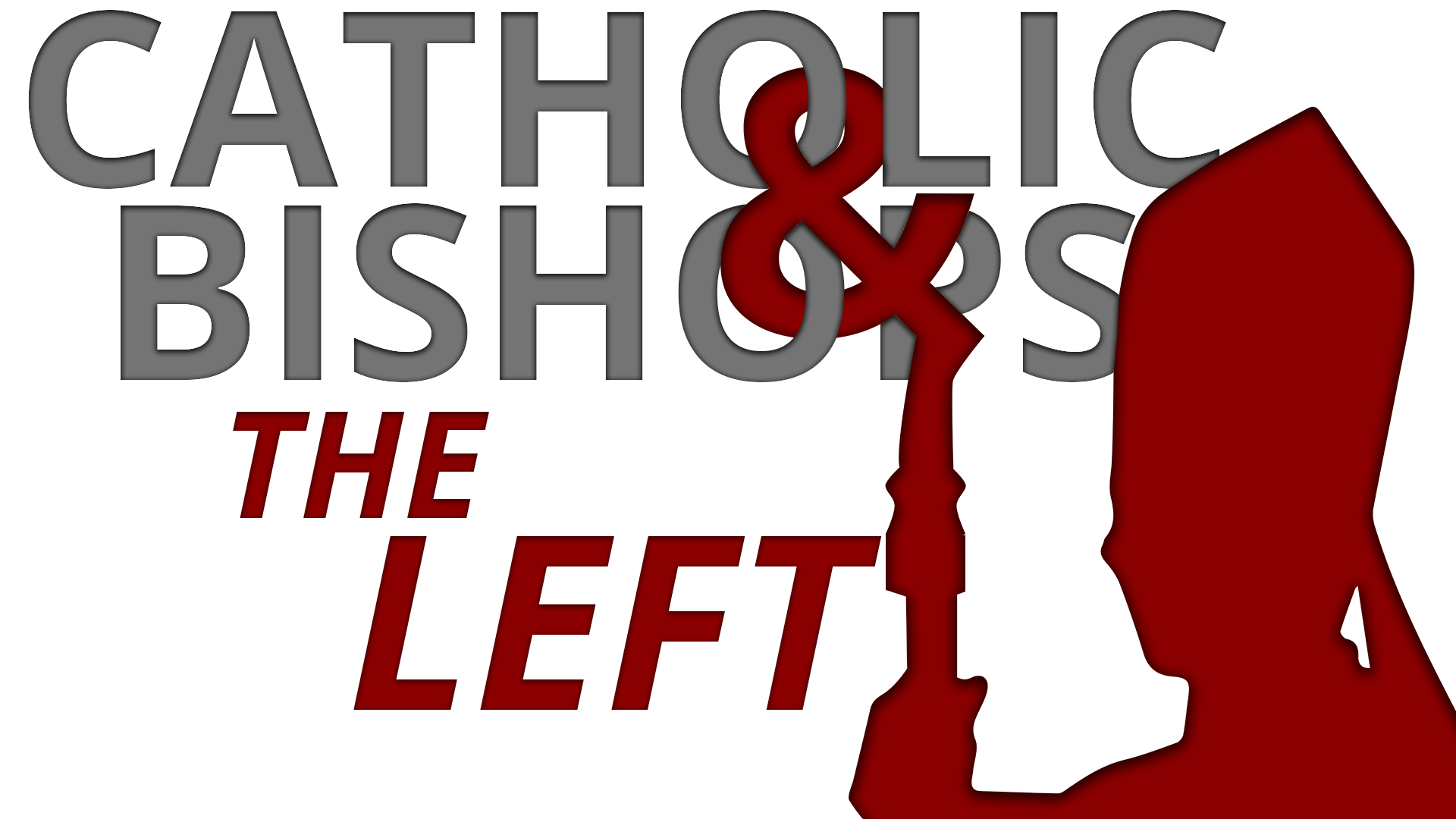 Catholic Bishops and the Left
How many of the bishops will be damned?