And now, a challenge.

Last year this time, the Left was busy launching attacks against Church Militant, calling us alt-Right, extremists, haters blah, blah, blah. Well, here we go again. Over the weekend, Church Militant got specifically named and also strongly alluded to with supporting links in not one, not two, but three different liberal journals/websites. Man, that's probably some kind of record. And what are they blasting us for? Well, what else — for hating Fr. James Martin.

The New York Times, yes, them again, came out guns blazing with an op-ed written by the very out there homosexual Frank Bruni who, unsurprisingly, defended Fr. Martin's homosexual activism by calling us various names. Father Martin, who never misses a chance to tweet anything remotely defending his heterodoxy and heresy, continues to maintain that he is at "total peace." For a man at total peace, he certainly feels the need to tell everyone that every time. On multiple, multiple occasions he has slammed critics of his heresy and then said, "I am at peace, I really am." Sure, you are Father! It's the last line of The New York Times article by gay-defender of gay supporting Fr. Martin — Frank Bruni.

Then, there was also this weekend the liberal Buzzfeed's little hit piece on Church Militant and Fr. Z. (Fr.John Zuhlsdorf) saying, "Together with sites like Church Militant, a kind of Catholic-themed Breitbart that the Church has officially distanced itself from, Fr. Z. is waging an online culture war that is deeply informed by the greater American political context." The author of the stupid piece — stupid because it's completely uninformed — only makes two points about Church Militant in that sentence and both of them are entirely wrong.

That author is Joe Bernstein, lauded by the Left for his investigative reporting prowess. So much for all his incredible investigative reporting skills. First, claiming that "the Church" has officially distanced itself from Church Militant is a favorite charge of those who do not like the message or the productions or the tone or the impact of Church Militant. And it's completely absurd. When uninformed and uneducated on the subject matter, Joe Bernstein claims breathlessly that "the Church" has distanced itself, exactly what is he talking about?

We are under no censure from the Church. We are not under interdict. We have not been declared heretical or schismatic or dissident. Every single Catholic here is in good standing. The orthodoxy of what we say has never been challenged by "the Church" — modernists and dissidents within the Church, sure, but they are not the Church. In fact, if Bernstein would have simply picked up the phone and called us, he would have been able to ask me directly what kind of support we have from various bishops, priests and so forth. But Mr. Investigative was too tired to do that from typing all those journalistic errors.

The fact that some people in the Church don't like us or the tone or whatever is a far cry from the Church — not even remotely close Joe. Try again. Then, his claim that we are "waging an online culture war that is deeply informed by the greater American political context." He's got that completely backwards. If Investigative Joe would have done his homework on this, his, well, investigation, he would see that what we say is not informed by the greater American political context but rather what we say is that within that American politic is the result of a failed half-century of leadership within the Church — other way around Investigative Joe, strike two.

Then, of course, the final hit piece from Daily Theology by Kevin Ahern which used The New York Times hit piece by homosexual Frank Bruni as an excuse to write something about us, calling to task all the theologians who have not come to Fr. Martin's defense as Church Militant attacks the poor little priest with hate. Somehow, Church Militant has soared to the top of the "Most Wanted" list of the Left.

Now, here's the point of all this whole weekend review. You may recall that for the past year or so we have been saying that the Theological Left and the Political/Cultural Left are all bound up with each other, pushing the same agenda. Well, here is further proof of the alliance/cooperative effort of the Left. It's like a liberal giant Borg — a Borg chanting the same narrative: "Must celebrate gay sex. Must have illegal immigration. Must destroy Catholic developed Western Civilization with false or exaggerated charges of anything that will stick. Must virtue signal at every opportunity. Must smear all opponents with the word hate." Anyone who thinks all these folks aren't feeding at the same trough just simply doesn't understand and that includes various nutty Churchmen in the Vatican who are either stupid or inside working on this great hoax.

But why do they all have their panties in such a bunch about Church Militant? Because Church Militant exposes their fraud and their lies and challenges their media dominance, calling them out for what they are. So, they are desperate to discredit, insult, mock and wage war against us at any opportunity that presents itself. Good luck fellas. You are wrong and the Catholic Church we preach — that you hate — is right. You hate the truth because, supreme above everything else, even and especially God and morality, you want to engage in illicit, perverted or immoral sex. You want to protect the right to murder children if they are conceived and unwanted. And you hate that your consciences are pricked by the truth. You hate the truth, so you destroy and twist and lie about us because we repeat Catholic truth which is divine truth. And the fact that you have some allies in the Church who share your distorted and immoral view of reality does not give you cover — even the Son of God had His Judas.

For any one these authors, Frank Bruni, Joe Bernstein, Kevin Ahern, all allied with Fr. Martin and his homosexual heresy, we challenge you all to a full debate on what you have written about us. We threw out the same challenge to Fr. James "Dialogue" Martin and, of course, crickets. We expect the same from each of you as well. But just for clarification, we invite each of you or all of you to a live-unedited, online-streaming discussion about the merits of your baseless claims about us and the larger issues. Please feel free to contact the studios here in Michigan, and we will get the arrangements and all the logistics going. It'd be really cool if you could all talk to your buddy Fr. Martin and convince him to show up as well.

See, you've each made or quoted specific charges against us that are completely baseless, and we'd be happy to engage in a live dialog with you — to build a bridge — whenever you would like. Church Militant takes on The New York Times, Buzzfeed and Daily Theology. So, how about it guys? Here's your big chance to bury us — live. If you're so right, hey, take up the offer.

For the record, yes, we are not holding our breath because modernists are cowards by their nature. Like their "father," they cannot stand in the light of truth because they are liars. 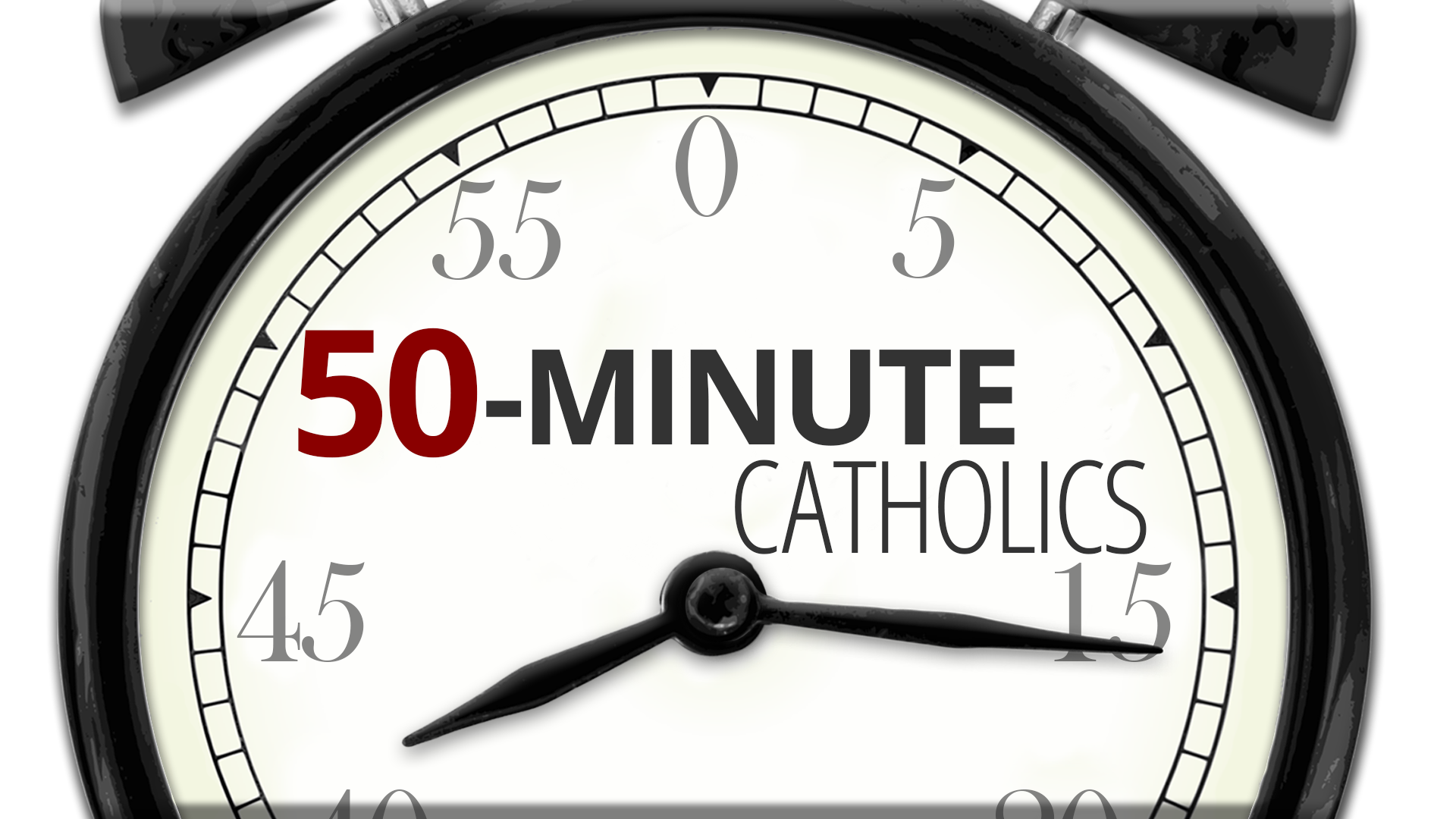 50-Minute Catholics
And that's quite enough, thank you.