It may be legal, but it sure looks completely shady and slightly immoral. As news begins to spread throughout the inner circles of the archdiocese of Detroit, a number of Catholics are quietly whispering that the archbishop should not be doing this.

The this they are concerned about is that Abp. Allen Vigneron is quietly transferring all Church property in the archdiocese into a holding company. Church Militant has obtained copies of the minutes of the Presbyteral Council meeting held this past May where Vigneron informs his priests of his strategy.

The meeting was held in May, and at that meeting, Vigneron confirms to his priests that he is indeed transferring archdiocesan assets in the newly created Michigan corporation by the name of Mooney Real Estate Holdings — that corporation being established in March of this year, two months before this meeting.

Church Militant has also obtained a copy of the articles of incorporation of Mooney Holdings, set up this past March with the state of Michigan, confirming the existence of the entity. The reason such a move would be taken is singular: to insulate the archdiocese and its property, to shield them from any liability in the event of, for example, big jury awards resulting from homosexual predatory clergy abuse cases.

Fifteen dioceses around the nation have already gone bankrupt from such cases, so in one respect, what Vigneron is doing is crafty. But the legal slickness seems to go against his more public persona of wanting transparency for the archdiocese, what he himself termed a "new DNA" when he announced his highly controversial "Unleash the Gospel" initiative a number of months ago.

According to the articles of incorporation filed with the state by the Detroit law firm of Bodman on behalf of the archdiocese, Mooney Holdings is totally controlled by the archbishop.

And for the record, Bodman is Michigan's largest and most expensive law firm, so think about that next time you fill out a donation to the annual appeal Abp. Vigneron asks you for.

You won't hear from him in that annual video played at every Mass, pre-empting the homily, that a bunch of money goes to pay legal bills from the most expensive law firm in the state. Nope, he'll tell you about how much it helps the poor. Most of the lawyers at Bodman would have a very difficult time qualifying as "poor."

He and his successors appoint the board of Mooney Holdings and remove from the board at will — whoever they want — essentially a rubber stamp committee. What this transfer of property does, which Church Militant has learned has already happened to all or nearly all of the Church's property, is effectively remove it from any source of payback for victims.

The archdiocese will no longer legally own it — any of it — so if the archdiocese is sued, it can legally claim, "We can't pay because we don't have any more assets" — and that's what people are seeing as dirty and underhanded.

In truth, the archbishop will still control every parcel of land, every building and so forth and can do with it whatever he wants. But under this arrangement, for now anyway, he couldn't be compelled to pay off victims because legally he can truthfully claim that the archdiocese as an entity doesn't have anything to pay with.

Whether this would actually stand a legal case or not is uncertain — if a victim or group of victims could convince a court that this is just a legal shell game to avoid damages by reclassifying assets.

In practice, absolutely nothing changes in the day-to-day administering of all this. But if a major lawsuit arises with a sizable judgment, the victim or victims would be left high and dry.

The jury could render some massive award, and the archbishop could throw up his arms and say, "I'm so sorry. The archdiocese can't afford to pay you."

That is a dirty way to handle what some see as a raft of charges coming down the road as the state of Michigan begins examining the sex abuse cases in the archdiocese.

But wait, there's more. Even a good number of priests in the archdiocese, pastors no less, do not know this.

As an additional layer of legal and monetary protection, the archbishop is likely to mandate that starting next year, 2019, each parish become its own legal entity, its own corporation, so again, if some lawsuit names a priest, any damage would be limited to that parish.

What Abp. Vigneron is doing here is having his cake and eating it too. He is setting up a legal structure whereby he has full operational control and ability to squeeze money out of the parishes, but none of the financial fallout, if and when lawsuits or former criminal charges start popping up.

He has all the authority, but none of the responsibility.

That has not a few Catholics in Detroit feeling once again that the Church is operating as some shifty, quasi-criminal or immoral, yet still legal, outfit, lacking transparency and accountability, and setting up another scandal to unfold in the future long after these men have left.

What would be much simpler would be to face the music like men and take your lumps. If a victim — or criminal charges — cost the archdiocese some or even most of its earthly wealth, then that's called justice.

In the meantime, stop accepting homosexuals into the seminary and giving them a pass and ordaining them and eventually promoting them into the role of bishops and archbishops — break the cycle.

We've seen enough covering your crimes for the past 50 years. How about dealing with the people of God a little honestly. If someone was victimized, they deserve compensation at the least. If someone committed a crime, or the archbishop or the archdiocese was somehow complicit in that crime, then they should face justice, including a fiduciary loss.

There is one glaring fact here that makes this all appear so unseemly — nowhere were there any plans to announce any of this publicly. It was and is all being done very quietly, in backroom various planning sessions, and the public — the people — were going to be left totally in the dark — again.

Of course, we would like to ask the archbishop about all of this slimy looking activity, but owing to their long-standing policy instituted by him and his communications director, Ned McGrath, of never responding to Church Militant about anything, we can't.

Not exactly sure why they never want to talk to us. We're going to have more on some disturbing activities at the archdiocese of Detroit throughout this week. We are focusing on Detroit because much of what happens here is also happening in multiple other dioceses around the country.

For example, this plan of hiding assets was developed by now-Cdl. Joseph Tobin when he was archbishop of Indianapolis. He did there what Vigneron is now doing here.

Various bishops may not be able to agree on how or what to do with regard to homosexuality among their own ranks, the McCarrick investigation or the Vigano testimony, but they sure know what to do when it comes to covering their own assets. 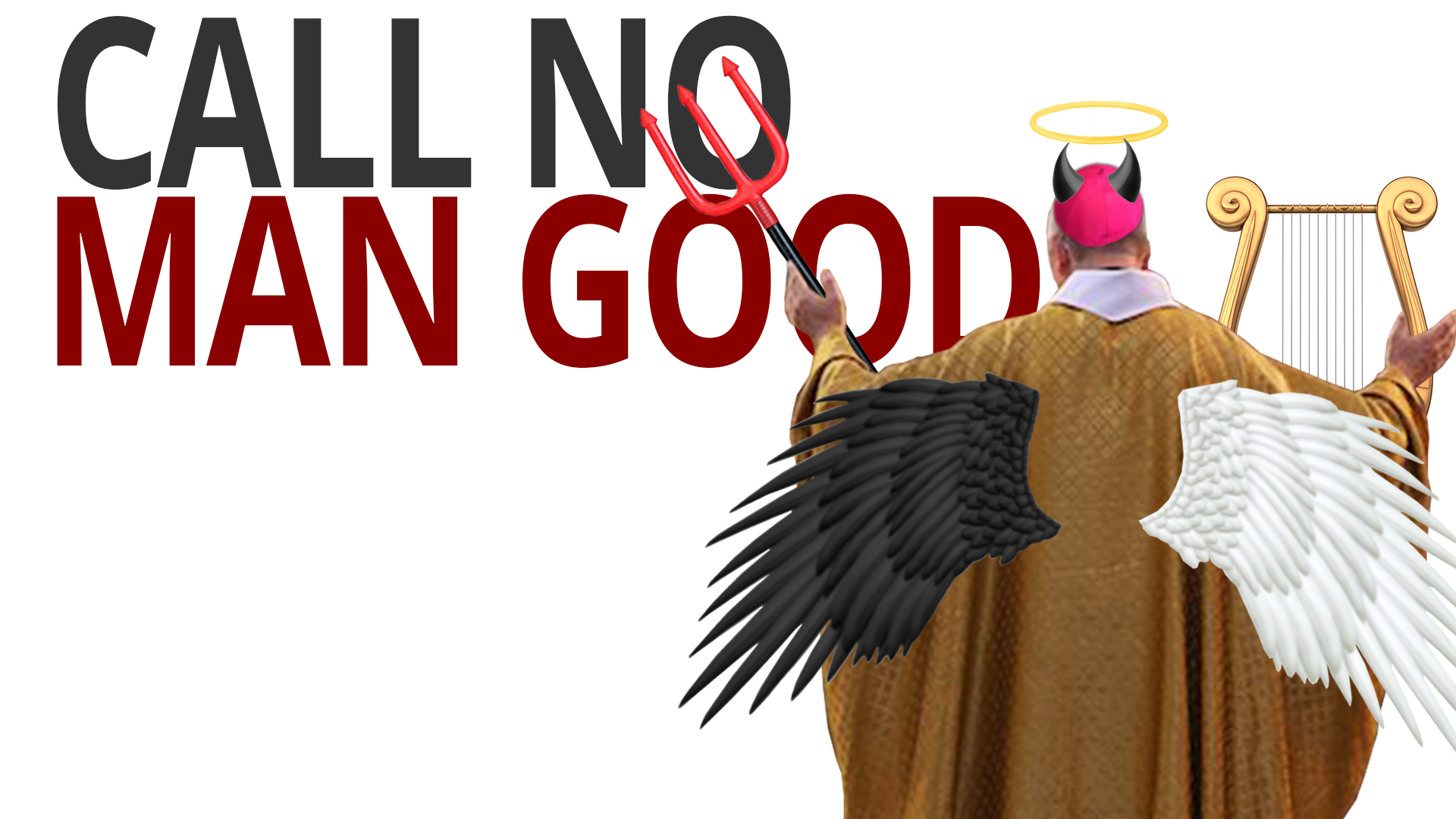 Call No Man Good
Especially a man who is only 'sort of' good.