It's the final countdown, and what's coming into focus now is President Trump's strategy. It's not exactly a Hail Mary, but it is a high-risk, high-reward gamble.

Consider, for the past four years, Trump has had every imaginable thing thrown at him from the Marxist-minded establishment. His opponents in the swamp — including a not-small number of Republicans — have essentially been running an ongoing coup.

To break it down even further, the powerful political forces within Washington, D.C., led by the child-killing Democrats, concocted a story that Trump was anti-American and colluding with the Russians. Then, they disseminated their story quietly among various operatives in the intelligence community.

Those anti-Americans who had been placed there during Obama and Biden's eight years then started "leaking" the information to their media allies who kept the false information going as headline stories every day for over 1,000 days.

They pressed, earlier on, that a special counsel was needed to investigate Trump, and voilà — the whole Robert Mueller saga was born. Almost three years later, it is a big "nothingburger."

It was an investigation built on lies, and then even more lies. It was promulgated nonstop through the media, which used it constantly to blast Trump and call into question in the minds of many that he was unfit for office.

The powerful political forces within Washington, D.C., led by the child-killing Democrats, concocted a story that Trump was anti-American and colluding with the Russians.

Anything Trump responded to by way of social media was deemed "rude," "demeaning," "unpresidential," "divisive" and so forth.

When "Russia, Russia, Russia" eventually blew up in the Marxists' faces, they shifted to the Ukraine phone call as an excuse to impeach Trump. That too failed, but this constant hammering took a toll.

Then came the Wuhan virus, and if they didn't actually conspire with their communist counterparts in Beijing to bring it about, they certainly did seize on the opportunity to at least use it as another club against Trump.

It took a few weeks, back in those early days, for the Marxist media to find its path to pin all this on Trump, but, just like in the aftermath of the 2016 election, they did indeed get back on point. Suddenly, it was Trump's fault.

The call went out: No matter what Trump did, it was wrong — too much of this, not enough of that. The narrative has been so finely tuned at this point that there is no turning back from it. Hundreds of thousands of people are dead, and their blood is "on his hands."

Never mind the tens of thousands of those deaths coming from nursing home victims shoved in there by Democratic governors in New York, New Jersey and Michigan.

It's all Trump's fault, like everything bad is his fault. Just keep repeating that, over and over and over. He's a liar. He's unfit. He's mean on Twitter. The media strategy, in conjunction with their political allies, was to so beat up Trump so that by the time the election drew near, he would be seen as damaged goods.

That part worked, at least some. The highly emasculated culture — launched on its way to arrive at this very point by the lesbians of the women's rights movement of the 1960s — just doesn't like men who talk like men.

They actually despise men who act like men, which is to say men who get combative. The soy-boy feelings culture that is now dominant doesn't care about truth or reality. All it cares about is feelings and being nice.

Trump's style (which is little else than directly saying the truth in very clear terms), coupled with the media outrage at him saying the truth, created a to-be-expected polarization. What it showed was an already-existing divide in the country that Trump simply highlighted.

That divide was between actual Americans (who have been asleep at the switch for decades while their country was being taken over by radical socialists, i.e., communists) and, on the other side, the actual communist clique of anti-Americans posing as lovers of America but who are in league with the George Soroses of the world (who want America swept off the planet).

Obama was their poster boy. The "hope and change," the transformation man who would pave the way for the final takeover — which Hillary was to complete. But along came Trump who upset that apple cart, who kicked the wheels of their little red wagon.

He won by making an appeal to ordinary Americans, those who just live their lives quietly, doing their thing, and not plugged into the bloodlust game of seizing power: Somewhere in their American bones, they felt something was just not quite right.

So they came out for him, and the pollsters predicting a Hillary win were wrong. But during the four years of his first term, Trump could not have imagined the fierce resistance he would get from the Marxists.

In the immediate aftermath, the Marxist media were dumbfounded. They could not grasp what had happened. Even the New York Times wondered aloud what it and other media had missed.

In a searing, soul-searching article, the Times' executive editor Dean Baquet said they had missed the hidden voter out there in flyover country, and it was their fault.

The elites, he concluded, hadn't understood the common man. That self-assessment fits nicely under the "even a broken clock is right twice a day" category. He committed to going out into the American frontier and connecting with these Americans, yadda yadda.

After a few weeks, that was completely abandoned in favor of the strategy to blast Trump and initiate a persistent coup in the hopes of destroying him for any possible second term. Once they got up off the mat, they came at him with all they have (and still are).

Many Americans cruise through life unwilling to become involved, reading an occasional headline jammed into their faces by evil men and slowly come to believe what they are told.

They did a lot of damage: They beat him up pretty badly. Gone almost instantly, in the face of the media-created pandemic panic, was the most successful economy in the history of the world, the restoration of American greatness across the globe, the lack of any military involvement in foreign wars.

All of it, gone — poof. And why? It's because regular, everyday people not involved in the daily fight against cultural evil fail to understand the power of the media — especially the electronic media.

How ludicrous is it that a virus that hospitalizes a tiny, tiny fraction of the U.S. population (and that kills only those with already-serious and numerous underlying illnesses) can suddenly become the top-of-mind concern for the entire nation?

A recent Fox News survey said voters are equally split on what their top concern is between COVID and the economy (each register 44%). Think about that for a moment. There is not a single person in America unaffected by the economy — jobs, inflation, taxes, prices of good and so forth.

And yet, a virus with a near zilch mortality rate is suddenly tied for first place as the top concern. That is the power of the media. And it always will be. And the reason why is because ordinary people are easily manipulated by crafty evil men in power — and it's their own fault.

They cruise through life unwilling to become involved, reading an occasional headline jammed into their faces by evil men and slowly come to believe what they are told. Trump's game plan now is to create a new kind of "wokeness"  — what he keeps terming the silent majority.

It worked in 2016, as a large group of mostly Midwesterners heard Trump's call to save the country from the rot of communism and responded. They had been missed by the pollsters in the run-up to the election, and they propelled Trump to victory by the narrowest of margins in Pennsylvania, Wisconsin and Michigan.

Now, four years later, Trump is going back to the well once more in the hope that it hasn't run dry. There does seem to be some hope at least that he might be able to pull it off one more time. The public rallies are larger and attended by the same types of folks who secured his victory in 2016.

These demographics make up about half of all the attendees at Trump's rallies. And precisely because they haven't voted in many cycles, they don't get counted in the polls we hear from the mainstream Marxist media.

The questions (which no one yet knows the answers to) are:

It's not exactly a Hail Mary by Trump, but it is a high-risk, high-reward gamble. He is simply doing an end-run around the conventional political thinking. He's not even trying to convince those who believe the media narrative about him. He's trying to create an entirely new voter base — one yet untapped and one that could only be tapped into by a man like him.

That's the gamble. If he's wrong then the last great hope is over and the country sinks into socialism. But if he is right, the Marxists' and their media comrades' heads will explode next Tuesday night, and a new force will emerge to scourge the Left and begin a long-desired push back against the evil.

This is why we are all praying in earnest. It is the Lord of History, using Trump (one way or the other), who will have the last word. 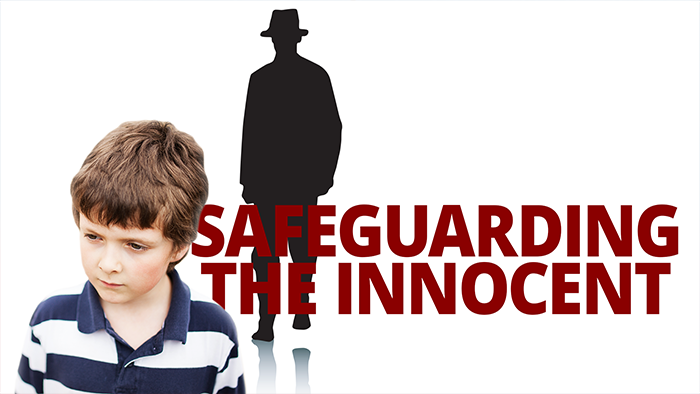