Without repentance, Hell is their fate.

If you hang around long enough, everything always comes full circle, it seems. Homosexualist James Martin is going to be speaking at a Catholic-in-name-only, homosexualist institution by the name of Misericordia University in the diocese of Scranton, Pennsylvania, whose bishop is homosexualist Joseph Bambera. And just so there's no confusion, the main currency, of course, for the homosexualist crowd (by homosexualist we mean those who advance the homosexualist agenda in opposition to the doctrines of the Catholic Church).

Sometimes homosexualists are actually sexually attracted to their same sex, sometimes they engage in that behavior, sometimes they just want to and other times they don't have a particular attraction at all but go along with the evil so as to advance their careers. That definition certainly fits Fr. Martin, but it also perfectly applies to the bishop — Joseph Bambera — who lauds Martin, a man who has been ordered by his superiors to never reveal his own sexuality in public.

Church Militant knows a thing or two about homosexual-friendly Bp. Bambera. See, he was the first bishop in the United States to formally cancel a speaking engagement of ours. I had been invited to be the main speaker at an event in his diocese back in 2011. It was to be at Marywood University. Then the liberal nuns complained to the homosexualist bishop, and it was canceled. And here is their lame, hypocritical reason for doing so:

The diocese of Scranton has determined that Mr. Voris will not be allowed to speak in a diocesan or parish facility. ... Mr. Voris makes comments that certainly can be interpreted as being insensitive to people of other faiths. The Catholic Church teaches us to respect all people, regardless of their faith tradition.

Of course, that's how a homosexualist would view a committed Catholic saying that the Catholic Church is the One True Faith established by Jesus Christ, the Son of God, and therefore all other religions are deficient. In stating this truth, all I did was reiterate what the Church Herself says of Herself even as recently as the year 2000 in Dominus Iesus where the Church says the Catholic Church is the One True Church. It caused quite the uproar back in the day, as truth always does. And this is why homosexualist bishops don't want truth-toting Catholics speaking in their home diocese. They hate the Truth. They can't handle it. They can't deal with it. They can't even hear it. It disturbs them too much. So they go running behind their episcopal skirts and pretend it's about people being offended and feelings hurt.

Good thing Cdl. Ratzinger, the future Pope Benedict, hadn't been invited to speak instead of me — that would have been very embarrassing for homosexualist Bamber to cancel his speaking engagement because he is the one who actually wrote Dominus Iesus. But understand, none of this has anything to do with ecumenism or hurting people's feelings or any of the above. It has everything to do with promoting sodomy which is exactly what Fr. Martin does and by extension the bishop. Yes, Bambera is promoting the evil of sodomy by allowing Martin to speak.

Martin supports homosexual acts — he has never denied that — which is his sworn duty as a priest of God. He has openly said that Church teaching on sodomy and chastity doesn't apply to homosexuals because they have not "received" it. That's convenient. Even Cdl. Sarah took Martin to task over his lies and misinformation. Someone should invite Cdl. Sarah to speak in Scranton to further jam up homosexualist Bambera. See how weird this all looks?

Church Militant can't go speak there because in repeating Church teaching some people might have their little itty bitty feelings hurt by the Truth. But pro-gay Fr. Martin can speak his lies and deceit and is welcomed with open arms. As the Psalm says: All honey their speech; their mouths are a wide-open grave (cf. Psalm 5:10). The one glaring thing you will always notice in the homosexualist crowd is their complete lack of integrity. They are hypocrites, all. And you will recall what the Son of God who, yes, — take good notes homosexualist Bp. Bambera — established only one Church which you are living outside of with your betrayal of the sheep.

Almighty God declares that the hypocrites will be damned. You, Bp. Bambera, are advancing an agenda of sin and evil for which you will be held to account. You don't get to hide behind cries of fairness and outreach. If that's the case, why don't you amend the decision to allow that man to speak and really spice things up? Allow him to speak but this time allow Church Militant to speak as well on the same stage to offer "the other side," that side, of course, being the Truth of the Church, as well as the Truth of revealing the evil that Martin spreads. Twenty-thousand people have signed a petition asking you to disinvite this man. They are deeply offended. A handful of people, lesbian nuns and their allies, claimed to be offended at what we said about a Church teaching needing to believed, and their great high-dudgeon offense was enough for you to rip the rug out from under us.

Well, now considerably more people are offended at your decision to allow Martin to speak, yet, all of a sudden, people taking offense doesn't seem to matter to you. You are a hypocrite. You are a hypocrite in the service of the homosexualist agenda which makes the same question put to Martin fair game for you. Are you sexually attracted to other men, Bishop? Are you conflicted about all this deep in your psyche and see this as an opportunity to work out your own demons on the souls of those entrusted to you? Do you think Church teaching can be ignored and doesn't apply to someone who hasn't received it? Are you going to condemn that erroneous and heretical claim by your guest because if you don't, then you are just as guilty as he is, actually more guilty because you have the ability to put a stop to all this? But, it's very clear that you are just one of many homosexualist bishops and clergy in the United States who have contributed greatly to the destruction of the Church because of your own psychological intrigue, resulting in a loss of integrity. You prevent people from hearing the Truth of the Faith under the guise of some might be offended, yet when 20,000 people have directly expressed their offense, you tell them all to drop dead. Your actions are disgusting and wicked. Much more in your diocese needs to be opposed than just a speech by your fellow homosexualist Fr. Martin.

Pray that Bp. Bambera does not die in his sins — the judgment bar for a successor to the Apostles is incredibly high. If Heaven is extremely difficult for a rich man to enter, how much more difficult for a man even more rich in grace who falls like lightning from that exalted and gifted place. 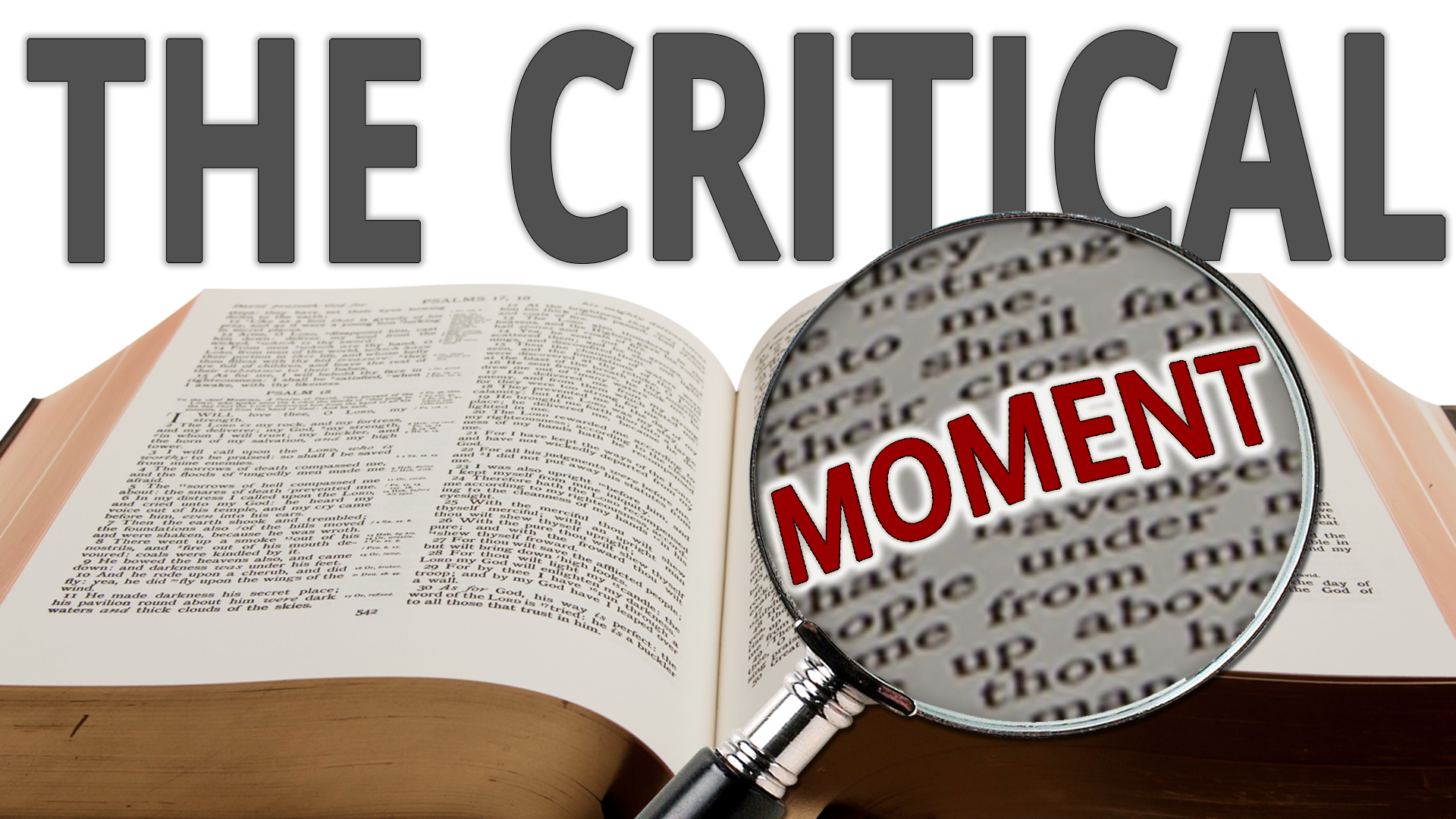 The Critical Moment
The devil waits and waits then strikes.