Time for a toast.

Hello everyone and welcome to The Vortex coming to you live from our Church Militant studios here in Detroit, Michigan — where a few beers were had this weekend.

While political conservatives — among whom are millions of faithful Catholics — can take a victory lap of sorts over the confirmation of now-Justice Brett Kavanaugh to the U.S. Supreme Court, there are a few things to reflect on here.

First, Brett Kavanaugh ascended to the nation's highest court as the 114th justice on the vigil of the traditionally named feast of Our Lady of Victory — at the conclusion of the 54-day Rosary novena for the nation.

The vigil of the same novena, as a reminder, began with the release of the Pennsylvania grand jury report, just to underscore something important.

Second, there is no limit to which the Left will not descend to seize power. And the reason they want power is to use it — to use it to finish destroying America.

And faithful Catholics are correct to be greatly worried about this destruction because the mastermind, the agent behind all of this is no less than Satan himself, who couldn't care less about what temporal government is in power as long as he can use it to his end of destroying the Church.

And evil is insane. Sin blots out the intellect, eroding it to a point where it becomes a parody.

Imagine the spectacle — and we don't have to imagine it — of a sitting U.S. circuit judge having to explain stupid jokes from his high school yearbook about drinking with friends and flatulence in order to get confirmed to the Supreme Court, and this line of questioning being pursued by a proven liar (Blumenthal) and a self-admitted groper (Booker), among others.

Yet that is precisely the insanity that the Left forces onto the nation in their bloodlust for power.

But see — and here's the third point — to them, nothing is too far, too crazy, too out of bounds — nothing — as long as they can continue to reshape America into the socialist paradise they envision — godless socialist paradise. So what can we expect from here on out, from both sides?

Well, it's now an all-out sprint to the finish line of the midterm elections. Right now, it still looks reasonably probable, according to natural occurrences, that the Left will regain control of the U.S. House — not guaranteed, but those are the odds.

That would mean — she's back — the aging Nancy Pelosi would once again be speaker of the House of Representatives.

But even more importantly, the authority to impeach would now fall into the hands of various committee chairmen who would be Democrats by virtue of being in the majority. And that means the gears would be revved up for longed-for impeachment of President Trump.

The Dems couldn't care less that there's no way he could be removed from office with such a strong contingent of Republicans in the Senate who are the ones who would take up that part of it. But again, they don't care, it would all be a smokescreen to gear up for 2020.

But even more squarely in their crosshairs would be the threats and attempt to impeach Kavanaugh because what the Left cannot win by the rules — it tries to accomplish outside the rules.

He's on the court and they can't do anything about it, so now the strategy will be to neuter him, to keep false charges and investigations and non-stop media reports swirling about him, that anything he does or says or rules will be immediately picked apart and determined to be worthless or worse.

The Left never understands that when they lose an election or vote; the process is to accept the defeat.

No, this group simply challenges the results and declares them null — or behaves as though they are. In their quest to refashion America, they resort to decidedly un-American tactics. And, well, of course they do. It's their nature.

Why should the Left feel a single shred of compulsion to behave as Americans when they are busily trying to destroy America. There is, however, one giant unknown lingering above the political landscape — and that is Republican outrage.

The Left managed to accomplish, with its all-out assault on Kavanaugh, what Republican leadership has been unable to achieve for years — and that is unity.

Just as the heterodox and theologically distorting wicked men in the Church have exposed themselves for the masses — and do more so each day — so too does the Left.

The great question is, in the political and Church arenas, has evil overplayed its hand in its thirst for naked power?

In the political arena, poll after poll shows that races, particularly Senate races that were starting to slip away from Republicans, threatening to cause the GOP to lose control there as well, have now narrowed considerably while others have actually flipped back to the Republican candidate.

The Democrats were already burning with rage, anxious to get out and vote. But now, Republicans are equally energized, so whatever huge blue wave that was supposed to happen may now have been somewhat neutralized.

Five key Senate races, seats currently held by Democrats, are now either dead heats or the Republican has taken the lead. Likewise, four other seats that looked like they were going to flip from Republican to Democratic are now tightening up and all within the margin of error in the polling data.

Whatever happens in the House, the Senate is key to the judiciary. And it is the judiciary — the courts — where the Left has done the most damage in unraveling America.

It's why they fought like Hell — and lost — over the Kavanaugh nomination and promise to continue the fight over on the House side if they get the majority there.

For political conservatives and faithful Catholics among them, what has come into sharp focus is the rage and tireless assaults that evil always exerts. This has been all about abortion — and nothing else. And in the Church, evil is waging war about homosexuality, trying to normalize it and bless it.

The political Left and the theological Left have the same father, and that means he must be opposed politically and spiritually.

So continue with your daily Rosary, never stop praying your daily Rosary for the liberation and exaltation of Holy Mother Church, a prayer that by necessity spills over into the culture and politics. And get out and vote, against evil, however it shows up on your midterm ballot.

In the meantime, we are permitted to enjoy what happened this past weekend. It was a grueling fight — as spiritual battles always are.

So say your Rosary — and after that, have a beer. 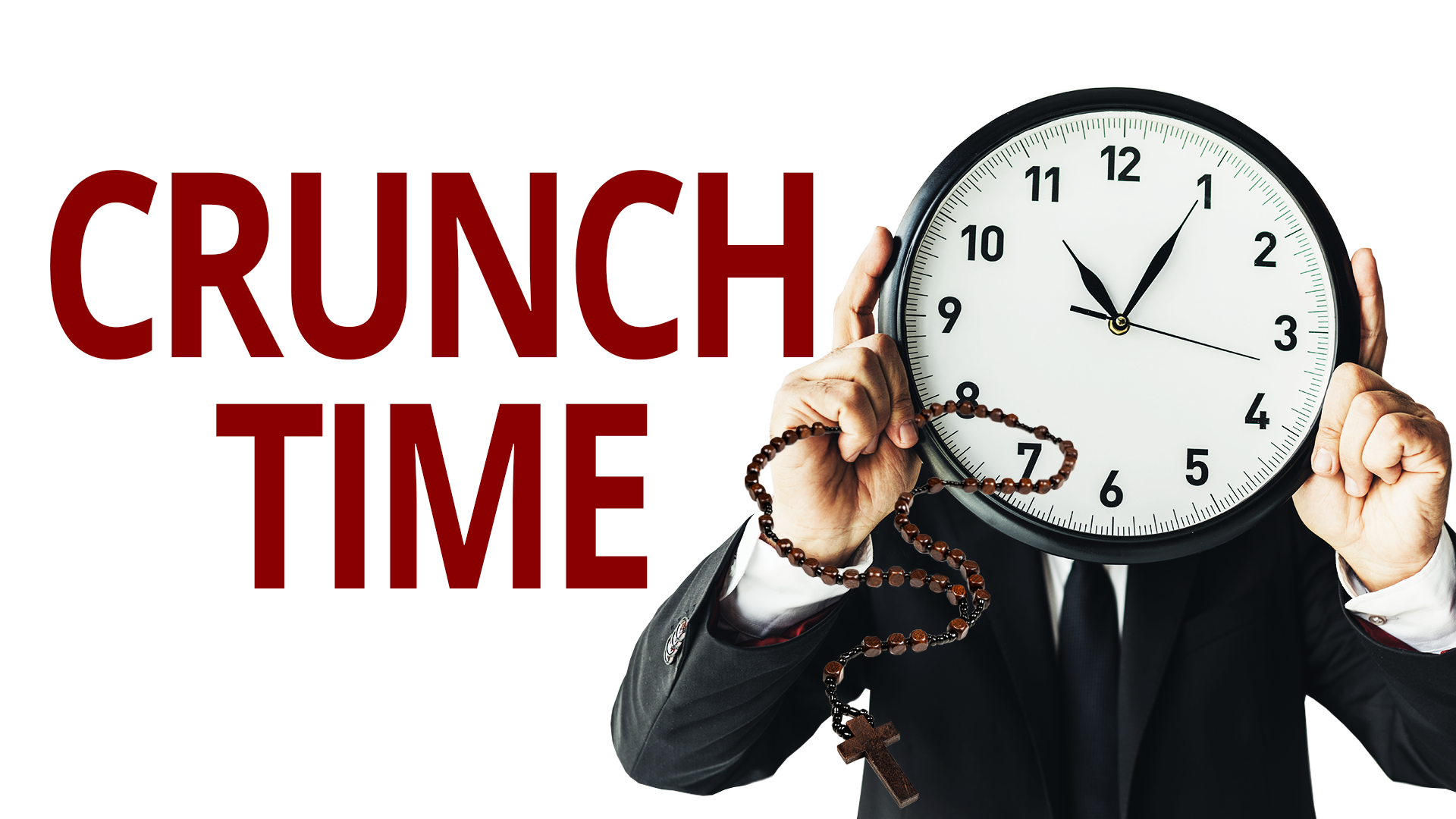