A kerfuffle has broken out over a debate, ensuing vote and social media response to it from last week's bishops' meeting in Baltimore.

Weighing in on the whole affair, with an analysis that is both correct in one way, but badly faulty in another, was Catholic News Agency (CNA) — which has a record of never wanting to terribly upset the Catholic Establishment.

That analysis is a classic case of missing the forest for the trees.

That analysis is a classic case of missing the forest for the trees.

The affair was the discussion and subsequent vote over what language and how much should be used when amending the bishops' useless voter guide that they dither around with every few years or so.

As background, this voter guide, called "Forming Consciences for Faithful Citizenship," is a kind of touchstone for the battle among the liberal bishops, who don't really care about the abortion issue in any substative way, and the more orthodox bishops, who at least give it lip service and mild support here and there.

Every couple of years or so, a little brouhaha breaks out between all of them on language surrounding the politics of abortion. This goes back to the era of homopredator and satanist Cdl. Joseph Bernardin, who sought — and largely succeeded — in destroying the hierarchy of life by lumping the slaughter of the unborn into the same category as not having a job.

In a devious sleight of hand, he called everything a pro-life issue — abortion, joblessness, poverty, food stamps, everything — and said no one issue could be focused on, that we have a "seamless garment" of life issues.

When the political winds began shifting in the 1970s and more and more Catholics, who had traditionally been Democrats, started leaving the Party because of abortion, liberal bishops like Bernardin and a lot of others tried to provide an escape hatch for them. He did this to provide cover for liberal, abortion-loving, Democratic Catholic politicians, who could then change the argument from being personally against Catholic teaching to actually supporting it.

The likes of Nancy Pelosi and Joe Biden have been forever grateful for Bernardin's lies and strategizing.

That so-called seamless garment philosophy is always popping up in Catholic circles, downplaying abortion and its pre-eminence as the life issue.

The reason is purely political. Liberal bishops like the socialist-marxist policies of the Democrats, and they want Democrats elected. That thorny issue of abortion just won't go away, however. So with that background, let's fast forward to the present day.

Cupich took the floor and said he wanted an entire paragraph of what Pope Francis said included in the U.S. bishops' document. Cupich said the pope's words should be included because they caution against the idea that "the only thing that counts is one particular ethical issue or cause that they themselves defend" — which is, of course, code language for: Abortion isn't any more important than losing your job.

But it is; it is the pre-eminent issue, as the bishops' document already says. But Cupich wanted all of the pope's language in the document, not a proposed much shorter version.

So that specific question is what the vote was about, technically: Should more or fewer words of the pope be included?

And here's where things get flawed, deeply flawed, in the CNA analysis.

Yes, the vote may have been about that very fine detail, but the issue was about abortion and how to speak of it. That is what was playing in the background. It's why that disgrace of a bishop from San Diego, homosexualist Robert McElroy, got up and said he thought the word "pre-eminent" should be dropped — which prompted Bp. Joseph Strickland of Tyler, Texas to stand up after him and say "pre-eminent" should be kept.

Yes, the vote was about how many words of the pope's should be included, but the issue was how serious abortion should stand in relation to the social-justice warriors' list of Democratic points.

To ignore that in the analysis, or to severely downplay it, creates a deeply flawed analysis. It's like CNA isn't aware of this decades-long battle among the bishops, or the stakes involved — which, for the record, is about a million babies each year in the United States, not to mention the even larger stakes of immortal souls.

That's what Cuich was trying to accomplish. He wanted to get in a long section of Pope Francis' statement about abortion not being the most important issue so it would have a watering-down effect on the already-present language of abortion being the "pre-eminent" issue.

Of course that was the idea. Cupich himself is already on record multiple times stating how he thinks abortion is bad, but so is having a hangnail and not getting a second dessert. Cupich and his buddy McElroy are the leading proponents of Team Francis here in the United States. They lie and strong-arm their way through the real issue of homosexuality among the clergy, and they are dyed-in-the-wool Democrats because they are political socialists.

They publicly support the platform of the Democratic Party in every aspect — except abortion — and for that issue, they simply bury it under a mountain of other social issues, treating it as though it has the same importance.

That stand, by the way, is in direct contradiction to what Pope St. John Paul preached, who put forth in absolute terms that abortion was and is the pre-eminent issue. But these guys don't care. They want the Faith bludgeoned and the Church converted into a museum and an NGO to push a leftist, anti-American agenda. Period.

So when the vote was taken — officially over how many words of the pope's should be included — all of this was also playing out, and the vote quietly included every last bit of it.

That's why  Bp. Strickland, when the vote was over, tweeted out, "Thank God the USCCB voted to uphold the pre-eminence of the sanctity of the life of the unborn. It is sad that 69 voted no." He correctly tweeted that because that is what the actual vote was about — the real vote — not whether we should reproduce 100 papal words or 400 papal words.

This is why the analysis by Catholic News Agency is flawed. It tried to make Strickland look like a loser who didn't understand the issue at hand.

Strickland more than understood the real issue, and his tweet, which caught fire on social media, accurately reflected it. Too bad Catholic News Agency either didn't get it, or chose to ignore it.

CNA's analysis is like firemen standing around focusing on the specific architectural details of a house that's burning to the ground.

CNA's analysis is like firemen standing around focusing on the specific architectural details of a house that's burning to the ground — completely missing the forest for the trees. Sure, it may be a beautiful Georgian mansion — but it's on fire.

Either case is not good for holding yourselves out as a reliable source for "news and analysis." Reading their analysis, one could conclude that it looks like CNA was carrying the water for the liberal-socialist gang of bishops.

We don't know that and aren't especially interested if they are. We're just holding it out as a further example of how things might be different from what they appear. 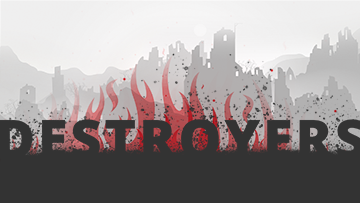