In Bed With Abortion

Rome and the UN.

Doesn't matter how you slice it, an absolute hallmark of a hierarchy gone off the rails is its refusal to denounce abortion. And the modernist gang of wicked prelates — from those attending the semi-annual U.S. bishops' meeting this week in Baltimore to those running the Vatican — refuse to address this evil head-on.

They talk about the poor and immigrants but say nothing about the unborn. In fact, they hop in the sack with abortionists every chance they get when it advances their twisted worldview, and it's disgusting. True, most of them probably don't applaud abortion, but that only makes their silence more galling.

A couple weeks back, the Vatican signed a joint document with South American government leaders modeled after a U.N. population plan which includes abortion and contraception. It was done in the wake of the notorious Amazon Synod — which, for the record, some future pope needs to completely disavow and toss into the Tiber — and the United Nations plan talks about how to fight poverty.

It's called the Sustainable Development Goals (SDG). The plan talks about all kinds of noble-sounding things, based on a lot of fake or exaggerated data passed off as science, but is little else than warmed-over, repackaged Socialism, with population reduction through either abortion or contraception, or both, near the top of the list.

And it's little else than a giant game of pretend, where marxists pretend to care about the earth and the poor and the environment — which tickles the ears of Team Francis in Rome — but then brings along population control in the same shopping cart. And the Vatican simply overlooks that.

The average Catholic in the pews needs to understand what's going on here.

The average Catholic in the pews needs to understand what's going on here. Is the Vatican opposed to abortion? Well, sure — at least in principle. But when there are other issues on the opposite side of the moral ledger, like climate change, immigration, death penalty and all that — well, what's a few million abortions here or there?

But that's exactly the calculus of these crazed clerics. But no Catholic, certainly in America, could possibly be surprised by this. Our very own bishops, for decades, have kept their mouths shut and refused to excommunicate fake Catholic pro-abort politicos because those same politicos buy their silence with hundreds of millions for immigration programs.

The U.S. bishops, and their counterparts in Rome, all of them who participate in this evil are going to have hell to pay when they die if they do not change their ways. They have lied to themselves and created an official informal policy that they just won't take any action on this issue.

They think going to sleep at night privately being opposed to the most public slaughter in the history of humanity is somehow a moral stand, that they are basically good men, and will waltz into Heaven because they thought abortion was bad.

They rationalize, no doubt encouraged by the taxpayer windfall they receive, that abortion is bad — but equally so is being unemployed, or scurrying along the U.S. border on the Mexican side.

Horrible clerics like New York's Cdl. Timothy Dolan — a walking disgrace of a man — not only refuses to excommunicate the fake Catholic governor who signed into law the most murderous piece of legislation in the history of the world, but also tries to have his cake and eat it as well when he says he supports the South Carolina priest who refused Holy Communion to Joe Biden, but says he would not have done it.

So a question for Cdl. Bravo (a nickname he earned by saying "Bravo" when questioned about a gay wannabe NFL player who announced he was homosexual): In what manner do you actually "support" the priest when you wouldn't do what he did?

Dolan acts like Canon 915 — which demands Holy Communion be refused in these circumstances — is just a suggestion.

It's revolting, these men and their duplicitous doublespeak, all the while children are being scissored up, cut to ribbons and sucked through a vacuum into a canister — and yes, Bravo, that's what you are keeping quiet about.

You and the rest of your lot are revolting. No wonder the Church is shrinking, shriveling into nothing on your watch.

And the same goes for the corrupt homomafia in Rome. Who can even stomach to look at these clerics anymore? The very sight of them parading around, socializing with modern-day Nazis — who, for the record, couldn't hold a candle to the killing machine of Planned Parenthood or Maria Stopes International — the sight of it turns your stomach.

And for those weak-minded, zombie Catholics out there who think it's bad form to speak of members of the hierarchy as being revolting, well, which of these pictures do you think is more revolting?

Exposing the truth of these men in clear terms, or this — because this is what they never protest, or seldom do.

And they are silent because they are bought and paid for and have no supernatural faith.

And they are silent because they are bought and paid for and have no supernatural faith.

They can issue the ocassional statemnt all they want about abortion being bad in an attempt to try and pull the wool over people's eyes. But to phrase it as Cdl. Bravo did, they support the actions of the pro-life movement; they just wouldn't do it themselves.

Wicked, horrible, filthy disgusting lot. Good choice for them to side up with the U.N. They deserve each other. 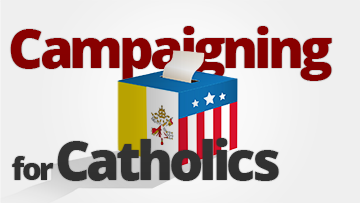 Campaigning for Catholics
Probably for the last time.