In Life, In Death

This is the first Vortex written and recorded after my dear father's death. I would first of all like to offer my deepest gratitude to the thousands of people who have offered prayers, Masses, Rosaries, "Eternal rests," as well as their condolences — overwhelming really. Thank you — such a huge number of comments really does take the sting away somewhat.

I would like to briefly let you know a couple of details about my father's last couple of days and death to shore up your love and devotion for Our Blessed Mother. My dad had a tremendous devotion to Her. It was even the underlying cause for his enthusiastic support for Notre Dame football we used to watch together and is why he requested to be buried in his Notre Dame garb which I wore a matching set of at his wake.

On my way driving to the hospital the Thursday he died, not knowing of course that he was going to die that day, I was pouring my heart out to Our Blessed Mother. Doctors had suggested I consider moving him from the pulmonary-respiratory unit to hospice — a horrible decision to have to make. His numbers were stable and had been for a couple of days, and just a few days before he had talked about being back home. I prayed to Our Lady not to have to make that decision in case I decided wrongly. She took care of it for me.

My father lived with me for almost 11 years, moving in to help me with rent back in the days of a dire financial scenario for the apostolate. We had become best buds, although when it came to me leaving stuff in the sink, he reminded me he was my father, and he didn't want to come downstairs and see my breakfast dishes. The loss of the closeness that developed between us living under the same roof was going to be extremely difficult to deal with for me. However, what I was not thinking about was that my father had already not been living at the house for over five weeks. He went into the hospital and then rehab and then back to the hospital on December 4th and wouldn't ever come back to the house.

Our Blessed Mother allowed a transition for me so that there would be no sudden lack of his presence at home, which would have been extremely painful, as many of you perhaps know. Most of all, I prayed earnestly driving into the hospital for two things: that I be present to hand him over to Her and that She come to him to lead him to Her Son. My specific prayer was "Blessed Mother, you brought him into the Church 60 years ago; now bring him to Your Son, and let me hand him over to You." You can't stay at the bedside 24 hours a day seven days a week, so there is the real possibility a loved one can die without you present — hence my prayer. I had also prayed that there be some friends around to pray the Divine Mercy chaplet when he did die. And lastly, I prayed to be able to have one of those father-son moments before he died whenever that was.

That day when I arrived at his bed, everything was the same as when I had left about midnight the night before — numbers stable and holding, same appearance. I prayed my own Divine Mercy chaplet for him at his bedside as he slept. The only time he would wake up was when nature called. It was at that moment about every couple of hours that we would get to talk for a little bit. Mid-afternoon, I leaned into him, he was very hard of hearing, and said into his ear, "Thank you, Dad, for being a such a loving father," and he said, "You've been a great son." He said it three times. I will always treasure that moment of grace.

A couple of hours later, somewhat spontaneously, about a dozen or so folks from the studio just trickled in to visit. About 7:20 p.m. or 7:30 p.m. he started getting excited and sat up in the bed and said, "I have to go." I completely missed the moment thinking he was referring to needing to answer nature's call. So, I began helping with that. But then he said, "I need my shoes and socks. I need my clothes." He repeated that a few times. Then he looked right at me and said, "Do you mind if I go?" And I said, "No, Dad, go ahead and go." Then with a great deal of energy, pulling himself up in the bed, he looked ahead and started saying a number of times, "I'm coming. I'm coming."

The nurses had come in during this for his meds and then told us they thought he only had a few minutes left. We began the Divine Mercy chaplet, and as I held his hand, my Dad began his eternal life. Our Blessed Mother had answered every single one of my pleadings to Her from earlier that day when I was driving in. And they were pleadings — believe me. Not one detail had our sweet Mother left unattended.

I believe with all my soul that Our Lady did, in fact, come to the foot of his deathbed to lead him to eternal life. And whether my dad is in Heaven or Purgatory, he is now a saint. Just as my mom is. They are saved forever. As St. Paul says, "In life, in death, we are the Lord's." Reflecting on all this and with a deep desire to inspire in you a love and devotion to Our Blessed Mother such as my dad had, I'd like to leave you with some words of St. Bernard: "Let Mary never be far from your heart or your lips. With Her support, you will never fall. Beneath Her protection, you will never fear. Under Her guidance, you will never tire. And with Her help, you will reach your heavenly goal." And as St. Paul instructed the Catholics in Corinth: "And when this mortal hath put on immortality, then shall come to pass the saying that is written — Death is swallowed up in victory. O Death, where is thy victory? O Death, where is thy sting?"

Draw closer to Our Blessed Mother. Pray Her Rosary every day. "Pray for us now and at the hour of our death." 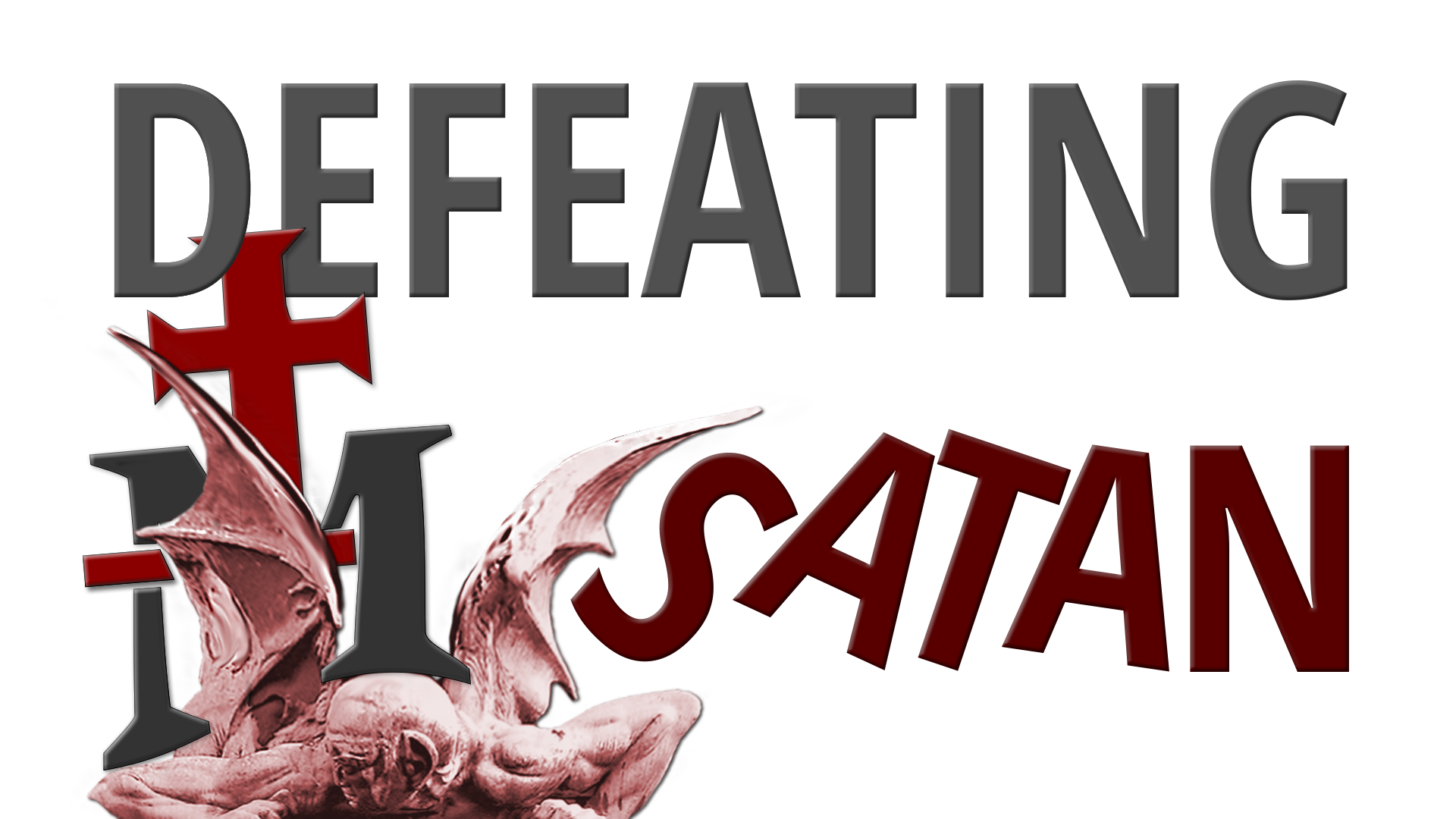 Defeating Satan
There is only one path to salvation.