Islam Is Not a Religion

But it is helpful to the Institutional Left in its war against the Catholic Church.

Every time some crazed Muslim attacks a crowd, slashes a throat, blows up people, drives over scores of pedestrians, shoots civilians or murders and maims in whatever fashion, the first thing you hear from the institutional Left is, "What a tragedy. Now, let's be careful to not let this turn into another case for Islamophobia."

There are a number of things going on here with tolerating this kind of chaos, preaching at the victims not to become jaded and flipping out at any leader who says the word "Islam" when talking about this whole mess. You must understand that the institutional Left has the Catholic Church as its number one enemy because the Catholic Church preaches against sexual immorality. And sexual immorality and its resulting abortions in millions of cases are worshipped by the Left.

They want to have sex with whoever they want, whenever they want and they want their consciences absolved from the guilty, which occurs to them because they know, down deep, they are violating the natural law. But instead of changing their lives, they want the Church to condone their evil. While many weak, evil or cowardly bishops and clergy do just that, the Church will never — and that just galls them, enrages them — that the Church will never change the teachings. By just the sheer presence of Her divine teachings, the Church convicts them, and their rage is diabolical in response.

Anything can be tolerated except the moral teachings of the Church. The teachings have to go, which means the Church has to go, which means the civilization which the Church built and sustained for more than a thousand years has to go. So, quite a while back, immoral men set out on a campaign to destroy the Catholic Church by undermining Her civilization. Through revolutions and the enshrinement of fake freedoms disconnected from their divine origin, little by little they were able to advance their anti-Christ philosophies.

As the decades progressed, their efforts picked up steam and are advancing rapidly. One of their major weapons in the past couple of generations has been the idea of multiculturalism. The institutional Left has hammered at this idea non-stop, so that the West's civilization built by the Catholic Church could be, first, watered-down and, then, completely over run.

This is why the Left tolerates Islamic maniacs running around killing people. The first thing they always do in response is preach against any racism or religious discrimination in response. Heck, they sometimes even blame the victims, saying they are responsible for not being welcoming enough or not integrating Muslims enough.

The Left went bananas over the so-called travel ban because it was just one more example of a spotlight on the clash between civilizations — Islam and Catholicism. The Left may be insane but they aren’t stupid. They know Islam is a not really a religion as much as it is fundamentally a form of government as Cdl. Raymond Burke has called it. Objectively speaking, Islam is not a religion. Islam wants to govern the world His Eminence says, and he's spot on.

It is a geopolitical force that has various religious elements to it. It was started by a murderer and it was advanced after his death by a group of his followers who were also murderers. If it is a religion, in any true sense of that term, then it must be said it is a religion that condones murder. Call it like it is. Does that mean every Muslim is a murderer? Of course not. But does it mean that many of the leaders are — and have historically been — in favor of slaughter to get their governmental system advanced? Ask yourself how Catholic North Africa became Muslim North Africa in just a few short years. The answer will be a familiar one — through beheading. It was going on 1,400 years ago and has never really ceased.

But none of this mayhem means anything to the Left. The Catholic Church needs to be wiped out and Islam is just another weapon in the arsenal. It's why Obama was so friendly to Islam. He wouldn't even use the term "radical Islamic terrorism." And neither would any of the Leftist media.

To use a term like that brings to the front of people's minds that there are different cultures and civilizations, and they aren't all equal. That thought, once grasped, immediately raises the question of one civilization being better or superior to another. And when that questions arises — then people start thinking and examining the objective matter and say, "Hmmmm" — this civilization is better than this one. Now, why is that? And the answer to that question leads them straight back to the Catholic Church.

Islam, as a civilization, has advanced itself through mass murder and subjection of races and nations. Many of its adherents have employed Islam's unsettled and disputed religious writings as a tool to commit murder and conquest. But none of this matters to the Left. They couldn't give a rip about murderous Muslims as long as all this plays into their larger scheme of promoting multiculturalism.

Whoever heard of someone being attacked and someone else jumping in and telling the victim, now the most important thing here is to not think badly of your attacker? But the Left will preach any insanity to ensure that their mirage of multi-culturalism is never shattered. Multiculturalism must be defended — no matter the cost. It doesn't matter who is murdered. It doesn't matter how much information the Leftist media has to prevent you from hearing. All that matters is the defeat of the Catholic Church, and its moral teaching.

Guilt is a powerful, powerful motivator. And the Left has it in spades. How can they not be guilty about the world they have created — hundreds of millions of murdered babies, tens of millions of shattered families, destroyed economic systems. There is no end to the carnage of the Left, and they will keep destroying until there is nothing left to destroy.

That's why the Left is diabolical and that's why the Church must be destroyed, because, ultimately, the Left has Satan as its founder. 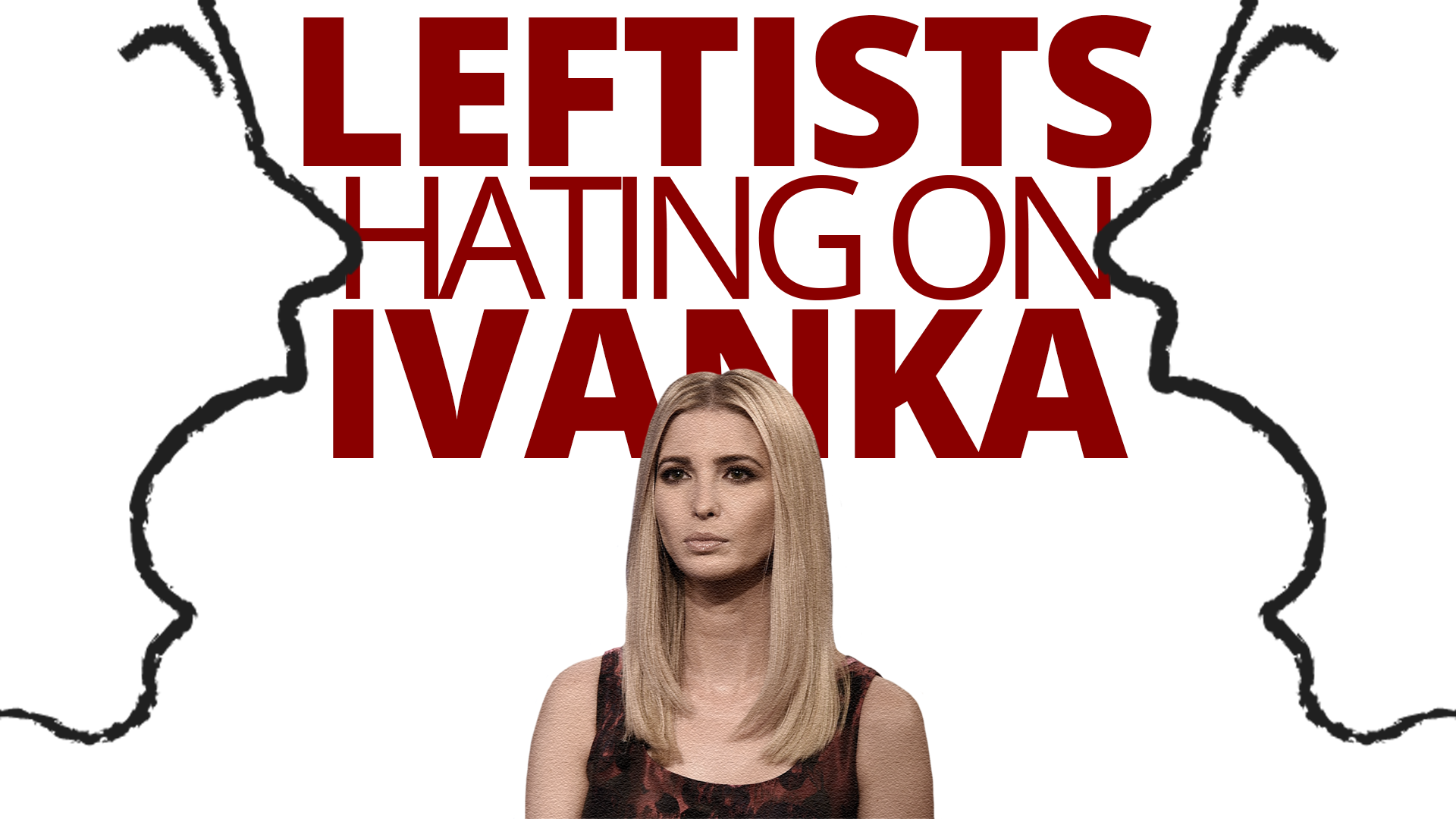 Leftists Hating on Ivanka
It’s all in vogue now.