But it was really God.

I'm Michael Voris coming to you from the shore of the Sea of Galilee where, 2,000 years ago, Our Blessed Lord walked across these waters and met His Apostles as they were rowing to the other side.

This event from the Gospels has an intimate connection to the Eucharist.

Earlier that day, just over there, Our Lord had multiplied the loaves and the fishes and sent the crowd into a frenzy, wanting to carry Him off as their king.

Our Lord, not wanting His Apostles exposed to the call for earthly glory, sent them into the boat to row to the other side, when He Himself went into the nearby hills to pray. Later that night, He was walking to the other side toward Capernaum and the Apostles saw Him off in the distance on top of the waves.

The Gospel accounts tell us they were terrified and cried out in fear, "It's a ghost."

But Our Lord reassured them it was Him and got into the boat. But Mark steps out of the story for a moment and tells us why they reacted the way they did.

Mark says explicitly they did not recognize Him because they had failed to understand the miracle of the loaves. The miracle that had taken place earlier in the day was a sign from Our Lord of His divinity as well as how He was the one foretold by Moses.

The people understood the Moses connection, but they, as well as the Apostles, had failed to understand the greater significance, as Mark admits.

The miracle of the loaves was a foreshadowing of the Holy Eucharist.

It was the jumping off point later that morning for Our Lord to introduce the explicit idea of Himself being not just bread given in the desert under Moses' leadership, but that He Himself was the living bread come down from Heaven.

In Capernaum, just over there, after the crowds who had run around this portion of the lake in the night watch caught up to Him, Our Lord set them straight in contrasting the perishable bread of Moses with the imperishable bread of His own body and blood.

But so too the Apostles, those who were closest to Him, needed to hear it as well.

They were being caught up in the frenzy of the crowd and earthly power and influence, and Our Lord sent them away. Had they been filled with faith, they would have made the connection of the miracle of the loaves as a foreshadowing of the Holy Eucharist. But they didn't.

But since Our Lord chooses to remain hidden at times, forcing us to accept on faith that which is not immediately apparent to our senses, those with little faith fail to grasp Him.

He Himself connected all these dots right here, on the shores of the Sea of Galilee, and it is a lesson that even today many of the successors of the Apostles fail to grasp.

They ignore, downplay or even refuse to accept the truth of the Eucharist, in word or deed, and as a result, when they see Our Lord at work, even miraculously, they see a ghost and not a God.

The Eucharist is Jesus Christ really, truly and substantially present — body, blood, soul and divinity — under the appearance of bread and wine. This is how He truly miraculously feeds the crowds, and today, too many miss it.

Church Militant will be here in Israel for a little more than a week in production for what we hope will be a very instructive and meditative documentary on the heart of the Faith, produced in the land where it all began.

Please keep all of this in your prayers. 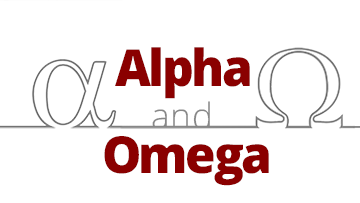 Alpha and Omega
Beginning and end.