And it can't stay this way.

There are those in the Church — many of them bishops and priests — who are steering the Church toward destruction. That is the assessment of not Church Militant, but of the one-time head of the Congregation for the Doctrine of the Faith, Cdl. Gerhard Müller.

In a recent interview he said the following:

To many bishops, the truth of revelation and of the Catholic profession of faith is just one more variable in intra-ecclesial power politics. Some of them cite individual agreements with Pope Francis and think that his statements in interviews with journalists and public figures who are far from Catholic offer justification even for "watering down" defined, infallible truths of the faith (=dogmas). All told, we are dealing with a blatant process of Protestantizing.

That, the more veteran Church Militant followers out there will note, is the exact same thing we have been screaming from the rooftops for almost 10 years. There are various clerics — cardinals, bishops and priests — who do not care about the Church but are only concerned with advancing their careers or agendas or petty politics. This sort of behavior made Our Blessed Lord very angry with His disciples when they were arguing who was the greatest among them.

But something much more sinister is at work here: a complete overthrowing of Catholic doctrine to serve the needs of the world and thereby the corrupt churchmen. Speaking specifically of the German bishops conference, but which could be easily extended beyond Germany's borders:

One consequence of this is the demand for Holy Communion even for people without the Catholic faith and also for those Catholics who are not in a state of sanctifying grace. Also on the agenda are: a blessing for homosexual couples, intercommunion with Protestants, relativizing the indissolubility of sacramental marriage, the introduction of viri probati and with it the abolition of priestly celibacy, approval for sexual relations before and outside of marriage.

These are their goals, and to reach them they are willing to accept even the division of the bishops' conference. The faithful who take Catholic doctrine seriously are branded as conservative and pushed out of the Church and exposed to the defamation campaign of the liberal and anti-Catholic media.

The world is converting the Church — instead of the Church converting the world. That is the reality here at the start of the 21st century after Our Lord's first coming, and one of only two things is possible because of the nature of the Church. Either She will continue to deteriorate to just a very few and then we will have the Second Coming of King, or He will orchestrate some event or series of events whereby the Church will rebound — yet again as She has in the past — and return to Her work of converting the world.

We have no idea over what time span such a series of events and outcome could or would occur, but what we do know is that the current state of affairs — a Protestant church, neutered in its ability or convert the world — cannot remain the status quo, for it goes against the very nature of what the Church is, or rather, who She is. Something cannot live in opposition to its nature for very long.

Since the nature of the Church is to battle evil and the spiritual forces of darkness, to have been so long actually cooperating with them is causing a great convulsion in the Body of Christ, like what happens when you consume something poisonous — the body goes into fits and vomits it out.

A great vomiting will occur or the Second Coming — one or the other.

But, whichever it is, each single one of us must be prepared — always — to stand before Our Lord, either at the end of our own life or the end of the world — whichever comes first, it matters not.

A restoration is coming. It may not be pretty — probably won't in fact, but what precedes a restoration is necessarily a demolition. That which is old and corrupt and ruinous must be swept aside so that the restoring can begin. A field is tilled before planting. A patient is prepared before surgery. Much effort is expended before a book is made available for publishing.

The blatant in-your-face corruption that has seized large portions of the Church will be brought to light as well and end — one way or another. 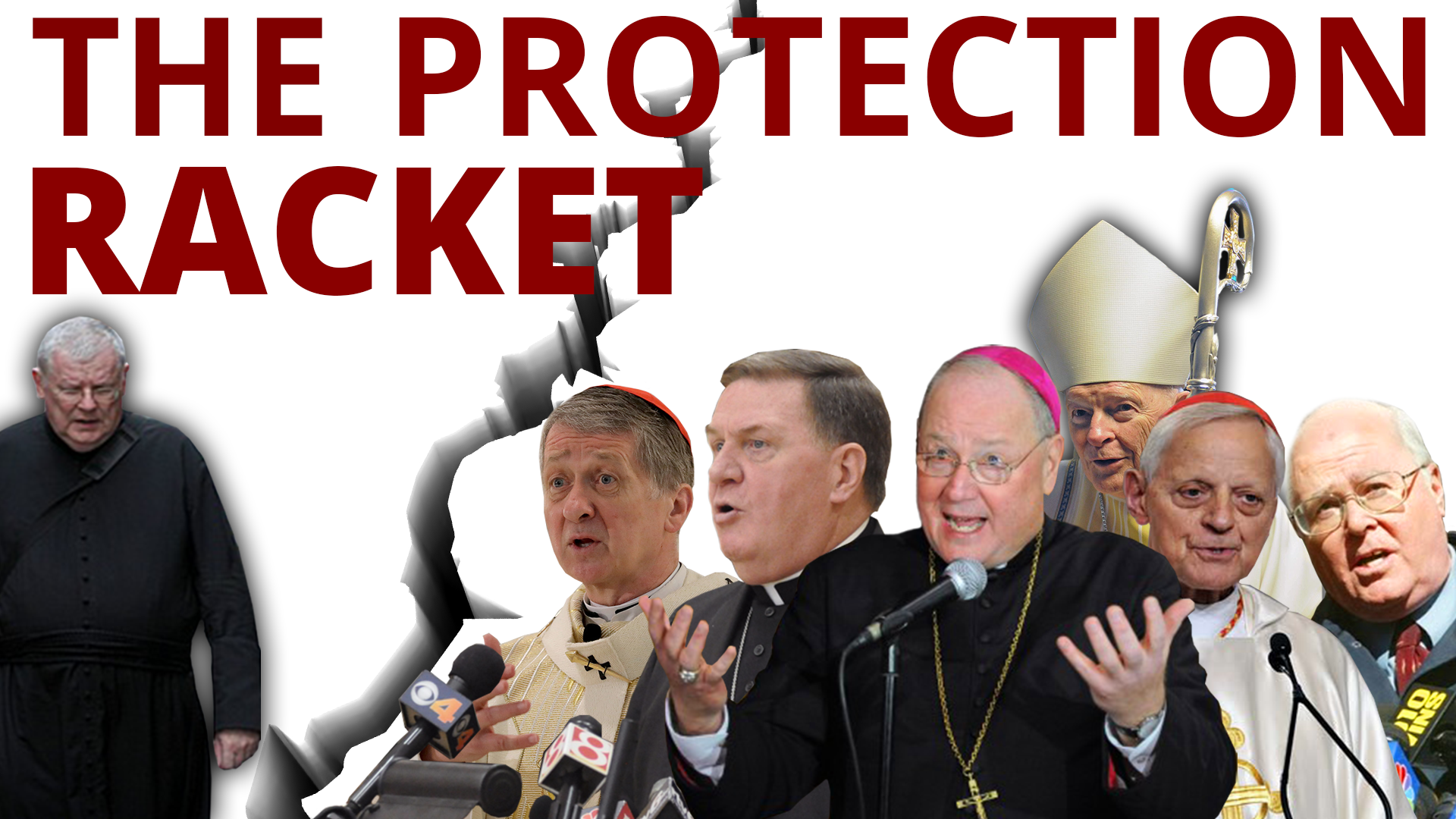 The Protection Racket
And what they are protecting is evil.