And it's time for a retreat.

There is one, and only one, goal in life — that is your own personal salvation. Nothing else matters.

Few faithful would argue with this, but it is common in our everyday lives that the truth of that can get swamped by the realities of day-to-day living. We need to be reminded of our end, even as we live in the current. Because of this, the Church has always encouraged not just daily devotion and prayer life but also "out of the box" experiences as well.

There is simply no way to get to Heaven if a person is not plugged into the spiritual realities — and plugged in every day.

According to polls from Pew Research, the percentage of Americans who say they pray "every day" is declining about half a percentage point every year. In what amounts to yet another sign of the failure of the church leaders to do their job, the following statistics are telling:

Also, it's no great shock that as we have seen religion become much more of an emotion-based experience — especially in Catholicism — women are much more embracing of it than men. Fully two-thirds of Catholic women say they pray every day, while slightly less than half of Catholic men do.

More than half of all Catholic men do not pray every day.

More than half of all Catholic men do not pray every day. That should be an earthquake across the Church — yet most just yawn their way through that news.

Likewise, when it comes to reading and praying from Sacred Scripture, the numbers are abysmal for Catholics — really, almost every group, but very disturbing for Catholics because it is the Catholic Church that gave us the Bible. While women do read/pray more than men from Scripture, numbers are bad from each group: 28% for women and just 22% for men.

When considering a theme for this year's Retreat at Sea, we went looking for one area where we might be able to make the largest impact. We decided that having Catholics reinvigorate their prayer lives based on Scripture and, specifically, the Gospels would hit the mark.

First, we are happy to announce that the much-beloved Church Militant Retreat at Sea is back. Yay! We had to go on hiatus the past two years because of the COVID craziness and were able to have it on land.

But all the mandates and testing and masks and all that have now been dropped by the cruise companies, and we are back to business as usual. Because of that, we need to let you know that the fares being offered are the best in over a decade as the cruise lines seek to jump-start their industry once again.

Best fares ever — make a note — with some fares as low as $67 a day, depending on your accommodations. We've barely promoted the retreat, and already we have over a hundred people signed up.

Please click on the link for all the details and so forth, but we can tell you it's early February and a great prep for Lent which begins shortly after we disembark. Also, we will be leaving from Galveston, Houston, so travel to the ship shouldn't be burdensome for most. Again, all the details are in the provided link.

The much-beloved Church Militant Retreat at Sea is back.

But back to the main topic — increasing prayer using Scripture. The theme is "the Life of Christ," and talks will focus on some of the less well-known passages from the Gospels.

There is nothing Our Blessed Lord said or did that is insignificant, but some are more well-known than others, obviously. We will be exploring the less-known or certainly less-talked-about ones, digging deep and mining for little gems aimed at making all of us more prayerful.

And a shout-out to Catholic men in particular. We've got to stop screwing around with our eternal lives. We pray less, use Scripture less and are less concerned with the spiritual than we need to be. That's horrendous.

He collected around Himself 12 men. Founded His Church on a man.

The call to men to become holy and fearless is a dominant theme in the New Testament. What on earth would make any Catholic man think he can slack in this area?

There is no greater gift on earth than to be Catholic. Do not squander it. Men, please come. Bring a buddy.

Learn to pray while leaning on the story of the greatest and most powerful Man to have ever lived. Hear the greatest story ever told. Plus, it's the Caribbean in the dead of winter. Where's the downside?

So please join us, everyone, at this year's return to the water — our 2023 Church Militant Retreat at Sea. See you on board. 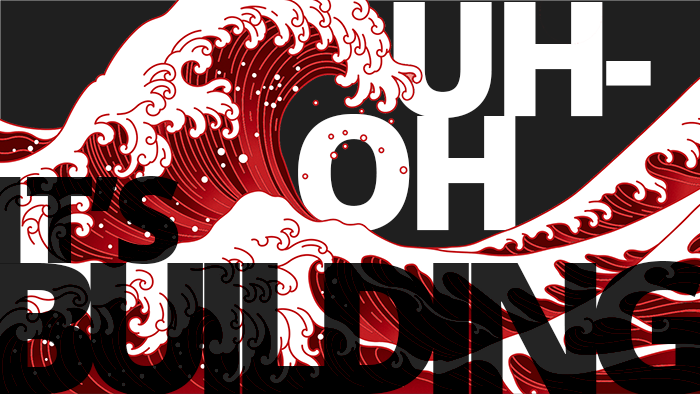