In the midst of all this homosexual predator clerical madness in the Church, there is this prevailing theme on the part of secular types within the Church.

That theme is: If you support the Church's dogmatic teaching about homosexuality, then you are a bigot who aligns yourself with the most ultra-right-wing political groups in the country, and you are a danger.

Consider how many times when reading about this evil and wickedness that has taken over vast swaths of the clergy and episcopate, you come across that sidebar assertion; it's practically never-ending. If you are a faithful Catholic, the charge goes, then you are a right-wing conservative — and never just a plain old run-of-the-mill conservative, but an ultra-right-wing, far-right, alt-right, neo-nazi conservative.

The more adjectives they can put in front of "conservative," the more ominous it sounds — part of the game of demonization.

Of course, what you will never hear from this lot, is their own identification with stuff that truly is politically aligned with far-left causes — usually paid for and with George Soros' money or other haters of God and religion and traditional morality.

The crowd condemning faithful Catholics for openly supporting our teachings is the same crowd that favors illegal immigration, socialism, abortion, government mandated and paid for contraception, elimination of the death penalty, climate change policy with government taxes and of course the big kahuna: gay rights — all bow to the altar of sodomy.

Unfortunately, this crowd is not only comprised of most of the social elites, it controls the major channels of communication: news and entertainment media.

And while you expect that in the world, the point of this Vortex is that it has come to be the dominant force in the Church as well. Outfits like National Catholic Reporter, with Michael Sean Winters as the attack dog in chief, Catholic Michael Sean Winters said in his article this past Fourth of July, "To my friends in the Republican political and legal establishment who have not stood up to Trump: When the revolution comes, you are on your own, and I will be clamoring not for mercy but for a seat next to the guillotine, where I can do my knitting."

Yep, nothing extreme or far left there, and for the record, Winters, if and when that day comes, we being beheaded would have far greater concern for your soul, than our fate.

John Allen — formerly of National Catholic Reporter — for many years is another one who, although more subtle in his approach, will never miss a chance to slightly smear faithful Catholics, meaning those who totally support Church teaching, with the brush of political conservatism which we know is always bad and far-right and ultra this and extreme that.

Allen, in particular, has managed to convince a sufficient number of people that he is kind of neutral on all this, just some little ol' objective reporter, a man who is above the fray. A careful read of his material, however, betrays his sympathies.

He now runs his own website Crux after his efforts to pump up Pope Francis failed to sufficiently excite the readership at The Boston Globe. They cut him loose, he went out on his own and the Knights of Columbus came to his financial rescue.

America magazine, run by the Jesuits — say no more. And by the way, there is almost nothing in that rag that could even be conceived of as being "American."

All these fake-Catholic publications and websites don't like the rise of conservatism in the area of politics and certainly not in the Church, where it's actually called orthodoxy. So to help with their attack on orthodoxy, they freely reach into their bag of tricks and throw in political smears as well — as in, if you support the teaching on homosexuality, then you are part of that great big movement of bigots out their politic-land, the deplorables, the dregs of society, as Joe Biden put it recently.

No, we support the Church's teaching — you do not. That's simply called being faithful and unfaithful. If you want to keep casting it in political terms, well, carry on.

It's hard to tell which area excites these folks more, politics or theology, because they talk about mortal sins — abortion, sodomy and so forth — as "pelvic issues," like that brain-dead witticism will fly when they stand before God and have to give an account of helping to build and maintain the Culture of Death.

It's good for faithful Catholics to just know where things stand. Ultimately, we don't fight for any political system, but we do recognize the inherent reality that some systems are better for the Faith to thrive in than others.

A political culture where fake climate change and plastic straws in the ocean are viewed as more important than sodomy, killing children and clerical homosexual predation and its cover-up is a world that will be more challenging to raising children and getting them to Heaven.

It's really just that simple. So yea, if a party or politician comes along and wants a more moral world, of course people of morality are gonna support that — pretty straight-forward.

The problem — and it is a problem — is that one crowd just doesn't believe in God as he has revealed Himself in His fullness in Christ and His Church. 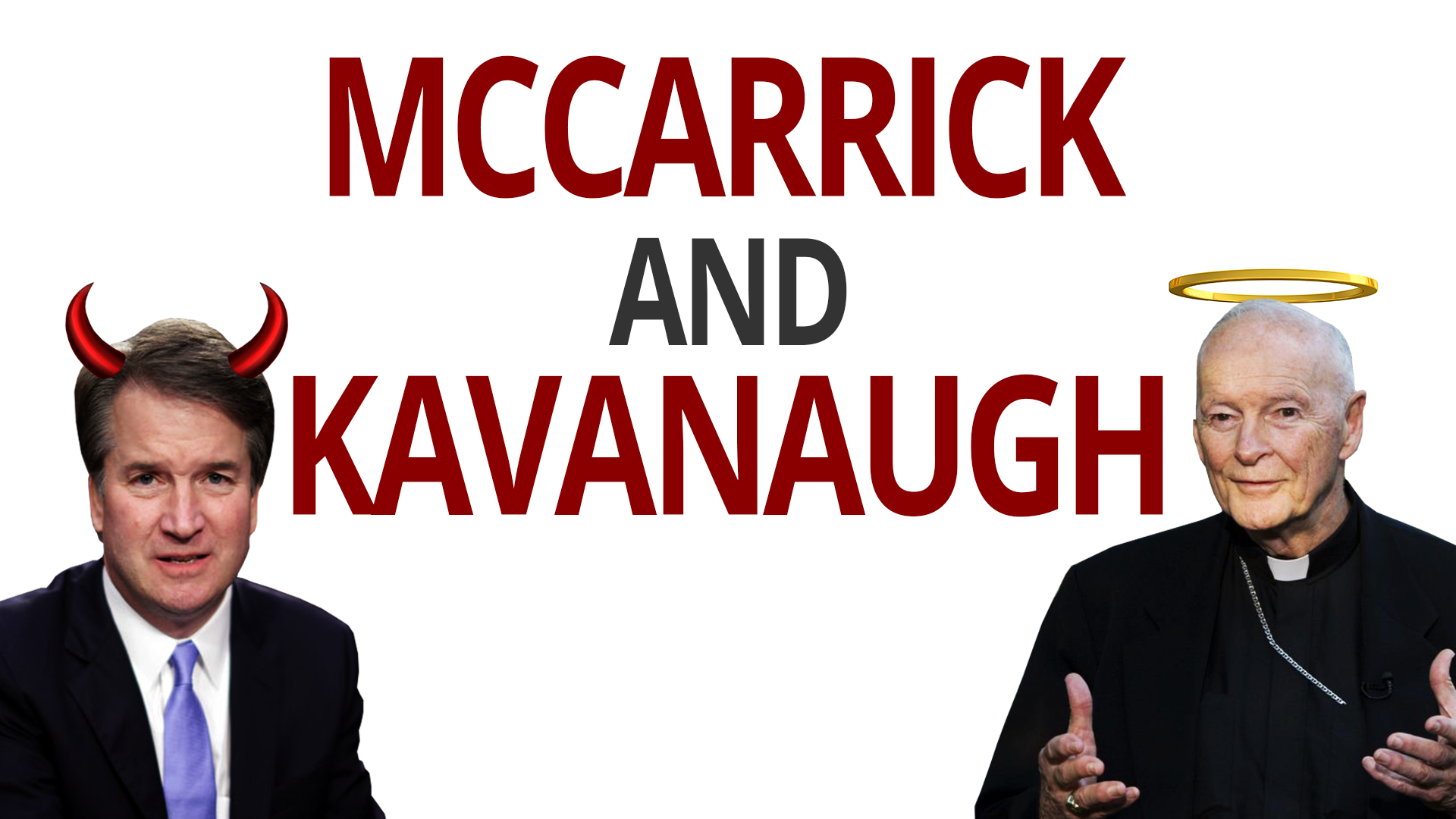