Because they hate you.

In case you haven't noticed, gas is higher than it's been since the 1970s, and the man in the White House is responsible. And make no mistake that what is happening, he and his crowd are doing on purpose. They hate you.

The entire communist crowd — with its grip around your throat, strangling your family — wants you gone. Every bit of this is planned. It's not just a bunch of idiots with their misguided platitudes about saving the planet and all that rot that is doing this.

Likewise, Michigan governor Gretchen Whitmer didn't believe a blessed thing about COVID, despite her family and small business-crushing orders during the "scamdemic." People will remember she took off for Florida to hang out with her "sick and dying dad" — who was neither sick nor dying — while she left thousands and thousands of Michigan citizens to die alone, forbidding family members from visiting them.

They don't want you existing at all, much less coexisting alongside them.

She went out to restaurants, which she forbade other citizens from doing, while not wearing a mask. In many ways, she is the poster girl for communist hypocrisy, although, admittedly, that's a really crowded field, and the competition is pretty darn stiff.

They view you as the enemy, yet here is how they have been able to advance so far, so fast: Too many of us refuse to accept reality as it is. A normal mind has great difficulty wrapping itself around straight-up evil. And because they put up a smokescreen of a better world, a better planet and everyone being healthy and safe, normal minds, which, let's face it, are gullible, are very happy to swallow their lies.

For example, why is anyone still walking around in a mask? Because loads of people have been cowed into fear by the constant onslaught of "you're going to die; mask up; get vaxed."

For the record, it's the vaccinated who are the ones getting infected and dying — not the other way around — but don't expect to hear that on CNN anytime soon.

When the COVID money got doled out — which drove up the national debt by trillions of dollars — the lion's share did not go to you; it went to massive corporations, especially Big Pharma.

Big Pharma produced non-vaccine vaccines, which actually are experimental gene therapies, and got themselves exempt from being sued or held responsible when the you-know-what hit the fan, which it's doing now.

And if you think back, there's a reason the Left sat on the sidelines during the summer of George Floyd, as American cities were burned to the ground. Those almost entirely minority-owned businesses are owned by people the Left hates. It's not just whites they hate; it's anyone and everyone who tries to make a better life for themselves and their loved ones. It's the people who work hard and generate jobs and try hard to bring about better conditions in their communities and schools that the Left hates.

Skin color doesn't matter to these guys, although they pretend you care about it and that your entire life revolves around it. That way, they get to keep the narrative running that racism is an ongoing and the most dangerous threat to democracy, aside from COVID, climate change and the lack of gun control.

Normal-minded Americans aren't racist. We know it, and they know it, but since the truth would damage their propaganda, they just lie. And speaking of lying, the election steal was designed to keep you down and to label the truth of it as "the big lie."

They didn't really care about Trump, at least not in the large. They only cared about him because he was waking you up. It's the entire reason the phony Jan. 6 committee garbage is going on: They want to abolish the electoral college and make sure Trump becomes a political nonentity. It's why they impeached him again just days before he was leaving office anyway.

The "America Last" crowd hates your living guts, which is the main reason they want to bring non-Americans into the country by the millions and fly them around on your dime and then hand over your money to them. Does anyone really think that Nancy Pelosi and her husband give a rip about some poor Guatemalan 20-something man coming across the border, beyond his ability to be used as a pawn to destroy?

It's the same reason that the summer riot gangs got a pass in 2020, but parents not wanting their kids to be taught to change their sex were branded as "domsetic terrorists" for yelling at school boards full of woke perverts.

If you are a Pollyanna-type-minded individual who has a sweet personality and always wants to make up excuses for evil, then you need to sit down and get out of the game.

Why does all this matter to Catholics? Because we function under a hierarchy that has been part of all this, even right up to today. Many of these men are in league with the Left. Others are too wimpy to say or do anything about all of this. Is it plausible that hundreds of U.S. bishops know nothing of all this? Do they not see or hear about an economy in free fall, gas prices through the roof, no baby formula, housing costs skyrocketing and groceries out of the stratosphere? And do they hear nothing about the loud talk of recession, Wall Street crashing and interest rates exploding?

Given the protective bubble most of them seem to live in, it is possible, we suppose, that they are that much out of touch. But it's highly improbable. So when the talk in political circles during Trump's presidency was all about immigration and climate change and tax breaks "for the rich," the bishops couldn't keep their mouths shut.

Now that the little man is threatened on a day-to-day basis, they can't seem to utter a syllable. Why is that?

Church Militant is willing to bet they won't be able to keep their mouths shut when it comes time to ask you to up your donation to them for the annual diocesan-wide collection, something you'd be out of your mind to give to. You need to know your enemy or, in this case, enemies. That means you need to realize you have them and be able to recognize them.

And then you need to battle them.

This also provides us with the perfect opportunity to give you a sneak peek of a massive conference Church Militant is planning for late this summer that is along these exact same lines: knowing your enemies and battling them. We're calling it the "Church Militant Call to Action Conference," and it's going to be here in Detroit the weekend of Aug. 20.

We aren't quite ready to completely unveil the details yet, but we can say that it's going be a doozy, and nothing like it will have happened in the history of the Catholic Church in America.

Mark the date now, and keep in mind that we will be rolling out the details over the next few days. But suffice it to say that you absolutely will want to attend.

In the meantime, prepare for battle and fight hard against these Marxists. 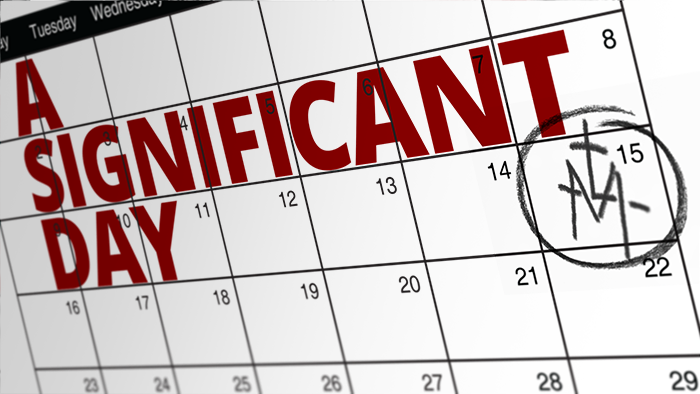