It’s Up to You, the Laity

Nothing's going to change until you do!

Good thing that this evil of anti-Catholicism that has infected much of the clergy, especially in the hierarchy, happened now, when we have the advantage of 2,000 years of solid Catholic truth and teaching. Imagine the scene if this level of insanity and treachery and deceit was present in the first couple centuries of the Church.

There were, of course, deceived and wicked clerics then, but they had their counterparts in some of the greatest thinkers and holiest giants of the Church at the same time. These men — Athanasius, Chrysostom, Irenaeus, Polycarp, Augustine and so forth — ensured that the Deposit of Faith would be properly understood and expounded, a legacy for the rest of the Church until the end of time.

But in the midst of all this modern evil, none of these traitor or malformed bishops or priests or cardinals can erase the Deposit of Faith. They can deny it, pretend it's not there, twist it, pervert it, distort it, but they can't erase it as much as they would like to.

Think about the reality today. Lay Catholics are the faithful ones, giving conferences and talks and establishing apostolates to ensure the fullness of the Truth is passed on — and all this against huge numbers of clergy who are essentially heretics, or on a good day, just dissidents.

It is the laity to which the survival of the Church has fallen. Even Ven. Abp. Fulton J. Sheen understood this 45 years ago, just a few years after the crisis in the priesthood began to reveal itself. He said quite famously in a 1972 address before the Knights of Columbus, "Who is going to save our Church? Do not look to the priests. Do not look to the bishops. It's up to you, the laity, to remind our priests to be priests and our bishops to be bishops."

This is a tremendous reality when you think about it. To all of us has been entrusted the sacred mission of ensuring that the Faith survives. Of course, we know that it's Our Blessed Lord and the Holy Spirit's work, but Heaven desires that we be active in this work.

And consider, from all eternity Heaven knew this would be the state of affairs and destined that you and I be born at this exact time in human history to combat the evil — to resist the evil in the Church. But just as going into physical battle requires awareness and strategy, so too does this battle — even more so actually because the stakes are much higher than just an earthly outcome.

So point one to realize and be aware of: Do not become discouraged. Things are going to get worse before they get better — a lot worse. Every demographic trend available shows the Church will be nearly extinct in the United States in the next generation, meaning today's newborns and toddlers will have no usual access to the Faith that previous generations did.

It will have to be provided by faithful who were wise enough to see all this coming like Noah and the Ark and have prepared for it in advance. Second point to realize: Many of the men wearing robes and collars are not Catholic in their thinking. They have not been for many decades, but it has now accelerated. They don't hold the Catholic faith, at least not in its fullness, which in the end must be the case. Catholicism is an all or nothing. Period. Because God is an all or nothing.

The Catholic laity have been in the position before, perhaps not as shockingly as now, but it's not the first time. During the Arian heresy of the third and fourth century, an overwhelming majority of Catholic bishops and clerics were not Catholic. Realize today that we are at this same point again. Many of the most powerful voices in the Church are not Catholic.

And they fall across a broad spectrum. On one end are the outright heretics, preaching and pushing for women's ordination, sacrilegious reception of Holy Communion, acceptance of same-sex marriage and active homosexuality and so forth. After them, we encounter those clerics who are malformed and confused, but nonetheless, just as big a threat to the Faith through their ignorance and constant appeals to "prudence."

These are the non-confronters — those bishops and their priests who would never dream of openly assaulting the worldliness in their own dioceses among their own clergy. They sit back and let the sheep be trampled by theological renegade clergy, who spew pabulum from the pulpits about social justice and so forth.

Then there are the ecumenist bishops — Catholic appearing enough but terrified of displaying the cross of the Church's hard teachings. It's not that they don't necessarily believe, but they are terrified to press the issue. So they fall silent on those issues.

They turn instead to a strategy to re-fill their shrinking churches of razzle-dazzle, converting their dioceses evangelization efforts into imitation of Protestant emotion-laden theater of so-called glory and praise and "encounter" and "accompaniment" without ever explaining who it is people are supposed to be encountering. They are the confused and lukewarm, and their namby-pamby approach has caused perhaps the most damage in the Church because it presents a watered-down version of the Faith, where certain aspects of the Faith are still visible, so it seems fully Catholic. It's not.

This is the state of the battle. This is what the battlefield looks like when you arrive at it — an army that has been told by its own commanders that things are fine; you should lay down your weapons and not be so militant. In the meantime, troops in your own foxhole, meaning your family and friends, are having their heads blown off right next to you by the enemy.

Think for a moment how many former Catholics you know, just in your own family, all dead to the Faith. Do not look to the priests or the bishops to resurrect them. They were in fact the ones who put them in harm's way in the first place by not giving sufficient warning to keep their heads down.

It is you whom God has appointed to be used to help raise your fallen comrades from the dead, and it can be done: prayer, knowledge, sacrifice, something much of today's hierarchy do not have much of a liking for. These things can restore life to those who have been spiritually killed.

Do not compromise on anything. Your enemy, no matter how appealing or attractive he might seem from a distance or even closer up, has a knife behind his back that he is just waiting to plunge into you and your children. And your enemy has many disciples — a good portion of them where they can do the most harm: in Roman collars and mitres.

Help the good priests and bishops and support them. And alert everyone you know to those who are enemies of Catholic truth. Learn the Faith. Prepare yourselves for battle. Resist. 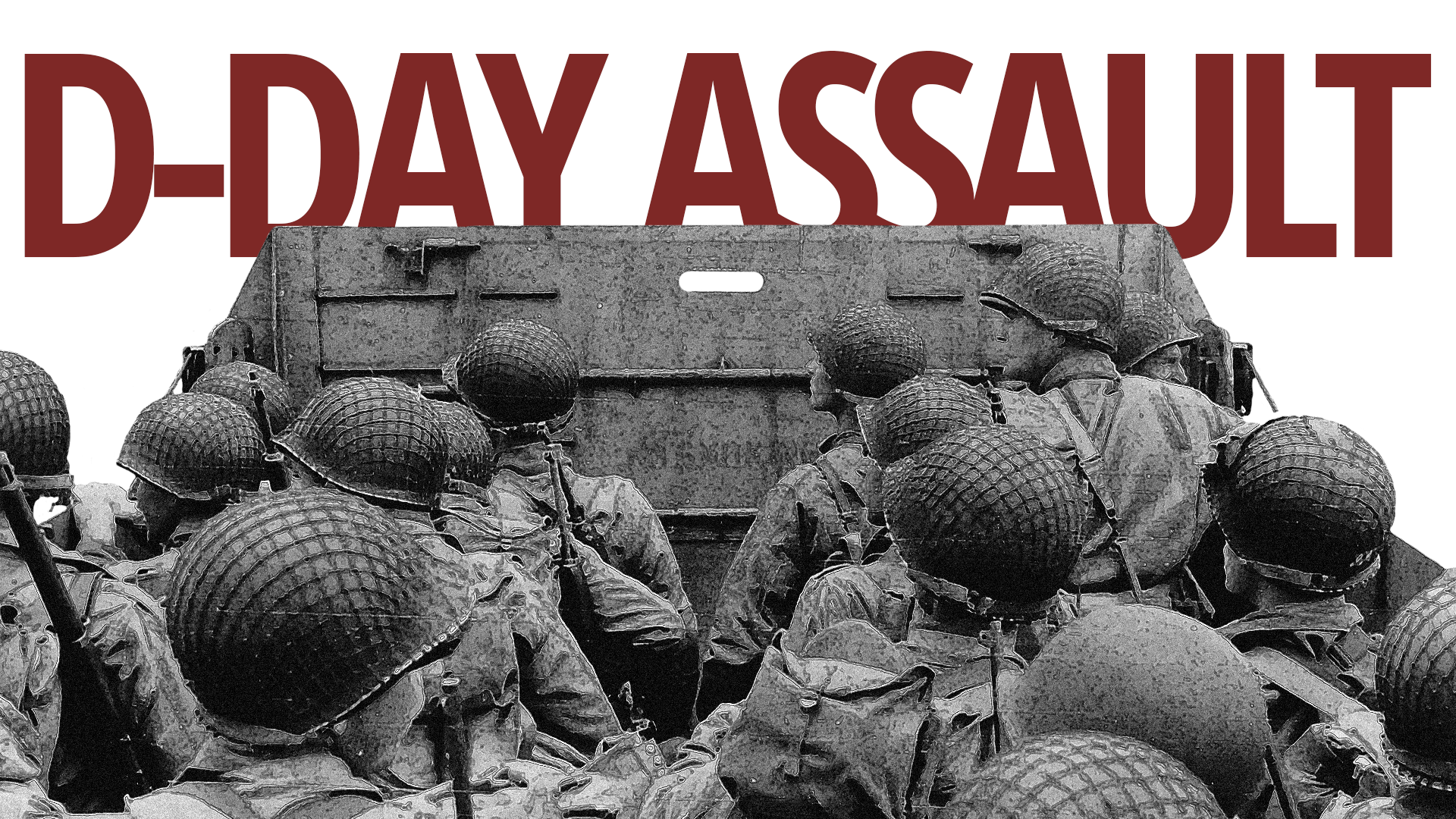 D-Day Assault
Little has changed in the fight between good and evil.