James Martin and the Vatican

He's lying and they let him.

I'm Michael Voris coming to you from Rome where, according to Fr. James Martin, everything he is saying publicly about homosexuality, he has been instructed to and enjoys complete approval from here.

At a recent talk in the archdiocese of Atlanta this past weekend, Martin said that very thing, that he has complete approval from the Vatican for the distorted doctrine he is preaching and, indeed, has been somewhat commissioned to go out and spread his errant gospel.

Given what's going on here at the Youth Synod, no one could find that terribly surprising. Church Militant has heard from multiple attendees at Martin's conferences that he is now making that claim openly — actually beginning his talks with it.

Martin has also been making a series of defamatory and slanderous accusations on social media against Church Militant, LifeSiteNews and the Lepanto Institute, accusing all of us encouraging physical violence against people who are same-sex attracted.

That, of course, is a total lie, but since Martin lies about what the Church teaches and what Our Blessed Lord commands, lying about what we and others say can't be surprising.

In his self-proclaimed Vatican approved and commanded talks, Martin says that homosexuals shouldn't be told to live chastely because no one else in the Church is, a tip of the hat to so-called "whataboutism."

The list of spiritual poison just goes on and on, and given that much of these same talking points are being bandied about here at the Youth Synod, no one is batting an eye at Martin's claims that the Vatican has given him these marching orders.

Anyone, including and most especially prelates who cannot see that Pope Francis and the homosexual current here in Rome, many of whom are directly identified by name in the original Viganò testimony, are actively working to not necessarily change the actual teaching, but create a climate where everyone will simply ignore it, is just willfully blind.

Back in the United States, in response to the calamity of the Youth Synod and this issue, various well-known Catholic commentators are trying to quell fears about the teaching being changed. They are either not dealing in the actual reality or are too heartsick to actually face it.

No one — repeat, no one — is saying that a new dogma is going to be presented by the Pope, sitting in the throne, approving sodomy and same-sex marriage.

But what is clear, even underlined by gay PR priest James Martin out doing the dog and pony show part of the circus, is that the homosexual current in the Vatican wants everyone to think that it has changed.

Here in Rome, they are privately pumping secular reporters with information that young Catholics want homosexuality and active so-called LGBT people and their relationships fully embraced by the Church.

Those conversations then make their way onto the headlines of big international news outlets, all in preparation for and greasing the skids for the eventual spiritual poison that will flow from final document once the business end of matters here are all wrapped up this coming weekend.

All the key players have been out in place: "Rabbit Hole" Cupich in Chicago, "Nighty-Night Baby" Tobin in Newark — strongly rumored to be the replacement for Wuerl in D.C. — Kevin "I was shocked" Farrell, running a mega-department here in the Vatican, and dozens of underlings like Thomas Rosica who has been peddling sodomy as a near sacrament for years.

Of course, Martin has been instructed by the Vatican to do what he is doing, and on the outside chance he hasn't and has just assumed he can say that, well, it's a safe bet no one is going to pick up the phone here and Rome and tell him to stop.

This is all part of the great gaying of the Church, and if you can't see it, then that's because you don't want to.

Meanwhile, faithful Catholics continue to resist all this with every fiber in their authentically Catholic souls, Martin is met with praying protestors at his talks as he ridicules them inside the churches once his talk begins, bishops like McElroy of San Diego are faced down by good Catholics demanding answers to all of this — Catholics who he has tossed out — and, right now, this is the price of being a faithful Catholic, to stand at the foot of the cross and endure and suffer with Our Lord and His Blessed Mother the workings of Judases.

Our Mother is the Queen of Heaven, whose own heart endured piercing so that secrets would be revealed.

We must not veer one inch from this cross. It is our duty to stand here, accept the suffering and do what we can to preserve the Faith in the face of the venom from these spiritual monsters.

Pray for their conversions, yes, intently. But do not retreat even one inch on this, our Calvary. 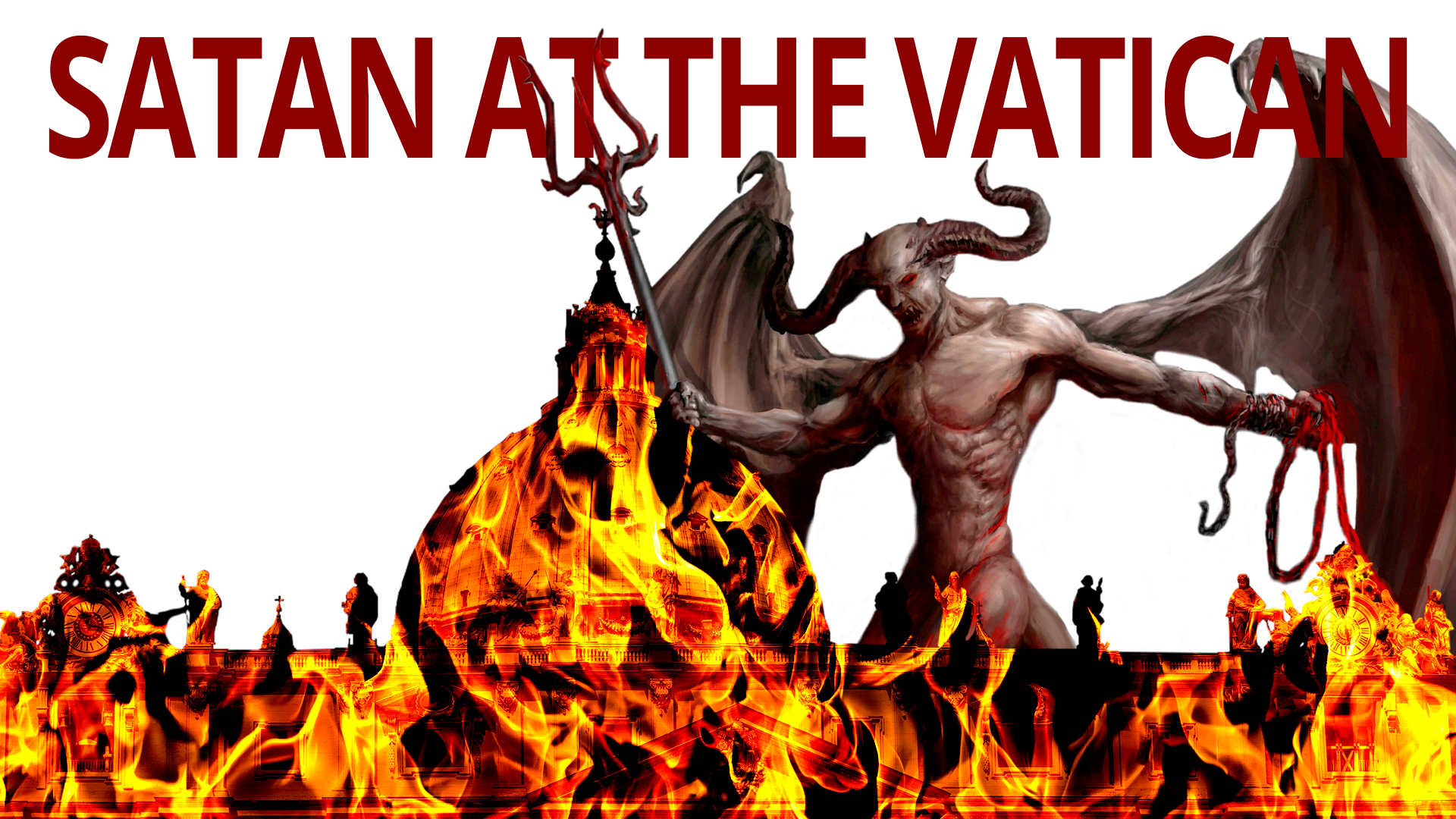 Satan at the Vatican
The diabolical is in Rome.