Jews in the News

It goes back much farther than you may think.

The last couple of weeks, a rather loud and somewhat ongoing controversy has exploded onto the headlines again, involving claims that Jewish control of media is unfair or hurtful or too lopsided and so forth.

Kanye West was called out for anti-Semitism for saying the Jews control Hollywood and the media. Elon Musk, liberator of Twitter, even seemed to side with Kanye. He even posted a tweet asking "Who do you think owns the press?" back in May of 2018. It was quickly taken down. Even Donald Trump got in on the action, saying American Jews didn't appreciate his repeated efforts to support Israel.

Be that as it may, however true or not the accusations may be, there does appear to be collectivizing among a large percentage of the American Jewish population when it comes to politics.

After the conquering and subsequent destruction of Jerusalem in A.D. 70 by Titus and his Roman X legion, the nature of Judaism as a religion shifted. For centuries, the religion of the people of Israel centered around Temple sacrifice for the sins of the people as they awaited the coming of the Messiah.

There does appear to be collectivizing among a large percentage of the American Jewish population.

With Jerusalem in ruins, the Temple destroyed, and the people killed, brought into slavery or scattered, the identity of Judaism no longer centered around sacrifice and Temple worship. Their land was gone. The kingdom of Israel, such as it was under Rome, no longer existed. The Temple lay in ruins and the priestly class was wiped out.

What arose in its place and came to dominate Jewish religious life was Rabbinic Judaism, something altogether new. Over the intervening millennia, in different countries, the lived experience of the Jewish people began to splinter in the absence of a central focus of worship.

Here in America, the brand of Judaism that has become completely dominant is Reform Judaism. There are, of course, other theological varieties in the United States, such as Orthodox Judaism, Hasidic Judaism and Conservative Judaism. But by and large, the dominant force among American Jews is Reform Judaism, brought to America in 1846 by Rabbi Isaac Mayer Wise from Bohemia, and it tends to be extremely liberal socially, theologically and politically.

Normally speaking, when people make comments about "the Jews controlling the media," for example, it is Reform Jews (because of their very left-leaning politics) that are being spoken of. However, what we'd like to concentrate on in this Vortex is the theological aspect of modern Judaism, be it Orthodox, Conservative or Reform, and contrast it with Catholicism. We covered the topic pretty extensively in The One True Faith, specifically in episode 11 of season six.

What often gets overlooked or just plain forgotten is the intimate relationship between Judaism and Catholicism. Catholicism is the fulfillment of the covenant. It is the continuation of the People of God.

The Jewish leaders in the first days of the Church sought to destroy the followers of Christ as they crucified Our Lord. But remember, those first Christians, who were all Catholic, were also Jews. Saint Peter was a Jew, St. Paul, St. Andrew, St. Matthew, St. John, all of them — including and especially Our Blessed Mother.

Our Lord Himself was a Jew and was executed with the inscription over His head, "King of the Jews." But it was a jump, so to speak, for the Jews of the day to make the leap to the shift in thinking about the Messiah and the new Kingdom of David.

While, obviously, some Jews did accept the fullness of the divine plan as it now unfolded and presented itself — we hear about the conversion of the 3,000 at Pentecost when Peter (remember, a Jew) preaches to that assembled crowd of fellow Jews — still, most did not accept the fulfillment of the Old Covenant, especially the leaders.

Up to this point, being a member of the chosen race was based on genetics. This is the point the leaders are making when they go on about being sons of Abraham, as if that alone made one righteous. But Our Blessed Lord, Himself a son of Abraham, utterly repudiates that idea, repeatedly saying that the attainment of the Kingdom will not be based on one's DNA, but on love of Him.

He places Himself above the Law, which (since He is the Author and Giver of the Law) He can do. That did not sit well with the leaders who invoked the Law as their authority. During those first few decades of the Church, it was the leaders clinging to the Law (which had now been fulfilled by Christ) who persecuted the Church — until Rome wiped them out in A.D. 70.

But before the destruction of the Temple, there were the Judaizers — condemned left and right by St. Paul.

Saint Paul spent much of his time contending with various Jewish factions who sought to undermine him once he left town. Indeed, the question of circumcision became a focal point of controversy in those first few years until Peter ended the question, once and for all, declaring circumcision was not a requirement for conversion to the Faith.

Truth came first to the Jews, and then the gates were flung open to the whole world.

In some ways, current political controversies and charges of the Jews undermining Christian morality, which is based on Catholic teaching, find their origin in this millennia-old duel between Jews who accepted Our Lord as the Messiah and the Church as the continuation of the People of God, and those Jews who reject that.

In the midst of such strife, Catholics are duty bound to remember that just as Our Lord did not look to someone's DNA as a ticket to salvation or damnation, neither can we.

Jewish Americans today, especially Reform Jews, bear almost no resemblance whatsoever to the Jews of Our Lord's day. They even reject the Torah as having any special significance over and above any other Jewish writings down through the centuries.

A person's race or ethnicity is not what matters, for no individual has the slightest control over that. But what does matter is a person's willingness to embrace truth and come to love it and order his life around it.

That said, however, we can never forget that truth is not just some intellectual concept floating around in the ether like mathematical principles. Truth, in the end, is a Person — the Second Person of the Blessed Trinity.

Truth came first to the Jews — to the lost sheep of the house of Israel — and then the gates were flung open to the whole world. This is the divine plan as it has unfolded since the beginning of creation.

As St. Paul says, now there is neither Jew nor Gentile. 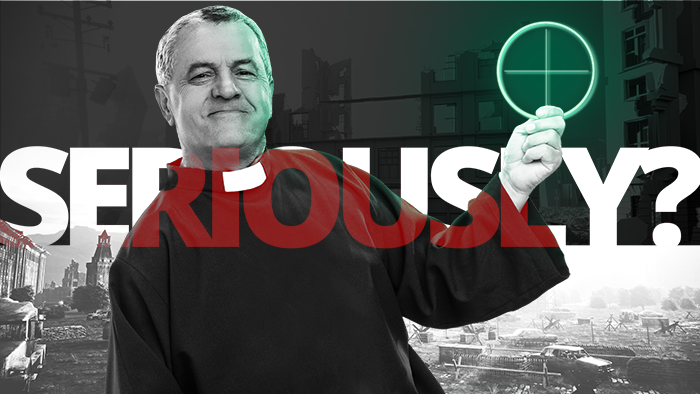