Time for a timeout.

Last week, as part of the ongoing conversation among Catholics about this horror of sex abuse cover-up, two priests, Fr. Raymond de Souza of Canada and Fr. Rocky Hoffman of Relevant Radio had some of their words for Catholics who are mad as Hell about this evil and the hierarchy's advancement of it.

Their words in sum, we all need to just calm down. Let's take this all in a measured calculated way and take a deep breath. Frankly fathers, how dare you? Do you realize the optics of two priests telling mostly lay Catholics to pipe down and be calm?

It is not lay Catholics who created an atmosphere in the Church, an entire culture of homosexual predation and cover-up.

And since you have both decided to enter the fray on this and deign from on high to tell us peasant Catholics what the appropriate response should be, here’s some questions for you:

When was the last time either one of you — prior to all this evil being exposed — were part of the solution?

Did you Fr. Rocky, or you Fr. de Souza use your platforms to decry this evil of homosexual predation and the resultant cover-up by bishops?

Have you ever addressed it in such a way that you put your personality positions on the line?

Or were you both part of the great big network of clerical silence, of looking the other way, of knowing things and hiding behind "prudence" so as not to suffer the consequences of coming out with the truth.

Did either of you in your silence ever consider that what you were remaining silent about was the victimization of mostly young males, physically mature males who were lusted after by your brother priests and bishops and then preyed upon?

Did that ever factor into you decisions to keep your mouths shut and play the clerical game of hush hush?

Judging from you telling us to keep our mouths shut and pipe down and remain calm, we're guessing not.

Have either of you ever gone public about the enormous influx of, and control exercised by, homosexual clergy in the Church?

Did you ever hear anything about McCarrick? Because if you didn't, you'd be the only two members of the clergy in North America who didn't.

Did you know that the information about McCarrick was sitting right there online as far back as at least 2010 — posted by Richard Sipe — and the hierarchy did nothing in response?

Did you ever advise your bishops on what the appropriate response to that published evil should be, like you both feel free to instruct the laity, many of whom are the actual flesh and blood victims of these perverts?

Cupich is half right when he tries to pass this off as clericalism. It is clericalism, but clericalism as a weapon to hide and cover-up homosexual predation, making it then, homoclericalism.

Here's another question, do you really believe Wuerl and Cupich and Farrell when they all claim they knew nothing about McCarrick?

Even bishops we've spoken to privately have called them liars, because they are. Have you ever done any shows or written any articles on the complete unbelievability of their denials? Yeah, didn't think so.

Did either of you blast Wuerl for his insane comment that the bishops should investigate themselves, or were you too afraid of losing your celebrity status? You are both completely tone-deaf, like many of your fellow clerics, to this evil and the resulting justified anger on the part of Catholic families who are the ones who suffer under this malignancy that you choose to keep quiet about.

Why should faithful Catholics listen to anything you two establishment priests have to say?

Father Rocky, you took control of Immaculate Heart Radio as the head honcho of Relevant Radio, and in a New York heartbeat dumped the Terry and Jesse Show as well as Mother Miriam because they all spoke too plainly about the crisis in the Church — shame on you. You gave into the politics of your bosses in wanting to present the Church of Nice as the model of the Church moving forward.

You know that the Church of Nice has been the front operation for all manner of corruption for decades — liturgical, financial, theological and sexual abuse.

Same goes for you Fr. de Souza, you have done an excellent job towing the party line and duly instructing the natives not to get to rest restless and let calmer heads prevail.

Your clericalist responses to this massive, massive crisis have eliminated you both from any serious consideration by faithful Catholics. You should go grab a seat on the sidelines with Catholic League President and Wuerl waterboy Bill Donohue, who makes up more excuses for this evil than Stalin did for the show trials. But you are all motivated by the same thing: self-preservation — him, his half million dollar a year salary, you, your place at the table in the clerical circles.

For the love of God and His people, grow a backbone and stand up and defend the laity, get the smell of the sheep on you.

What do you think the reaction is of a victim of this clerical predation when they encounter your articles or stupid ill-advised comments over the air? You bring back the pain, that's the response. And you don't care.

You are shills for a corrupt system where as long as you play along, deflect attention from the true evils, pretend everything is nice — nothing happens to you. You don't suffer for the people. You don't sacrifice for the sheep. You protect a corrupt organization.

Well, it will be interesting to see how you respond to multiple states attorneys general starting to crack open those secret files.

What corrupt and homosexualist bishops have managed to keep guarded and quiet for half a century or more, the government is now going to expose, and Blessed be God for it.

So go back to telling us all to calm down and take a timeout — how condescending — you'll need to have all that advice down pretty well in the coming years as New York, New Jersey, Illinois, Missouri, Nebraska, New Mexico as well as other states ready to move like Florida, all start compiling the lists of horrifying sins of the clergy.

What exactly does it take to get you and those like you fired up? We've been calm for half a century. Your counsel now falls on deaf ears and proves your own tone-deafness. 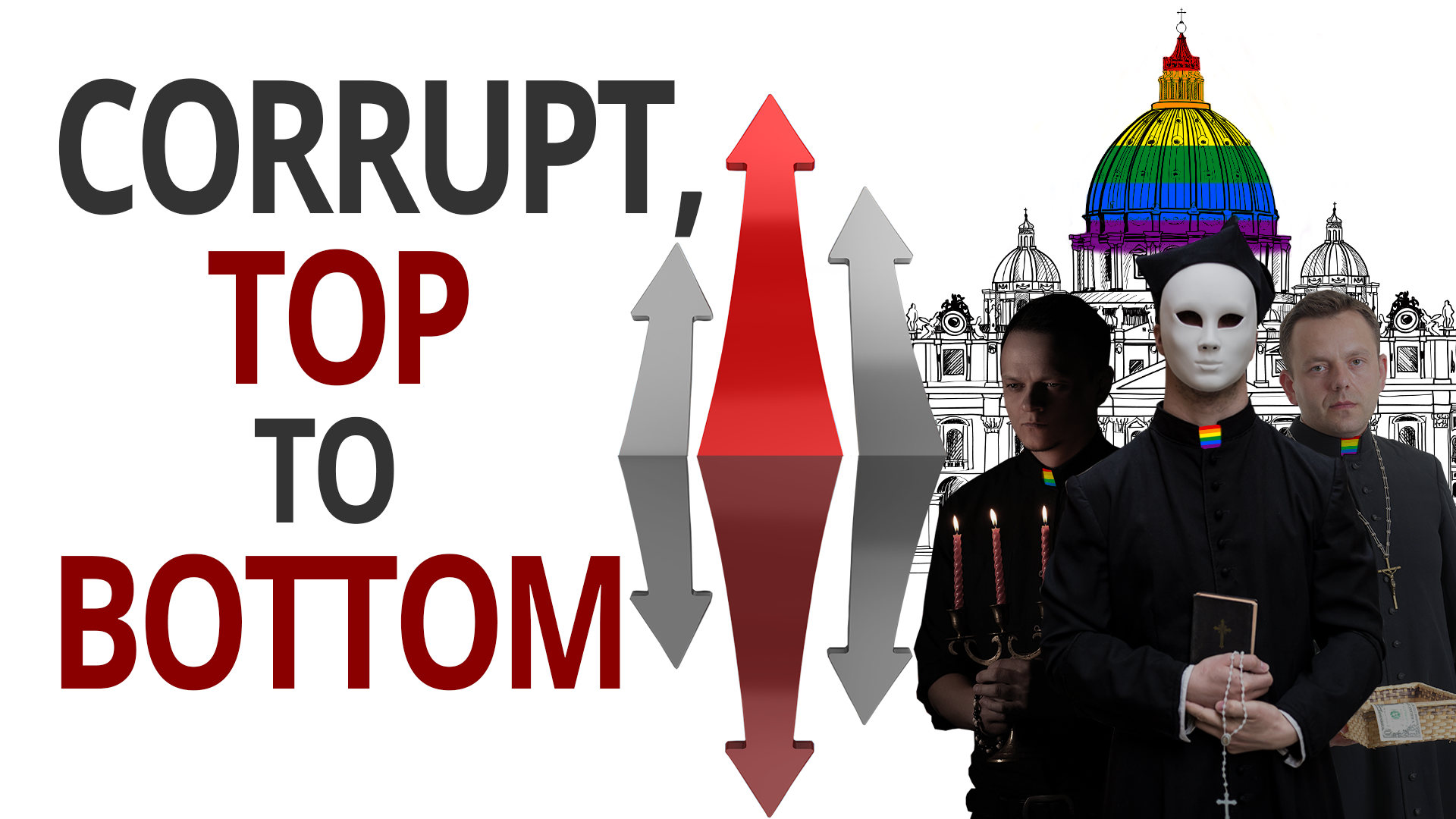 Corrupt, Top to Bottom
And it must end.