... because so many in the Church will not.

Since practically no bishop and so few priests are willing to just come right out with it, we "gotta" just say it: Outside the Catholic Church, there is no salvation. That is a dogmatic teaching of the Church, by the way, for any poorly catechized Catholics listening in. It goes straight to the heart of not only what the Church is but more to the point who She is. She is the Bride of Christ, His Spouse; and from the God who gave mankind marriage and declared that the two become one flesh, it is within this framework that we must view the Church. She is His visible presence here on earth. It was for Her He died. This is the meaning behind the words of the 19th-century hymn ironically enough penned by Anglican Samuel John Stone:

The Church's one foundation

Is Jesus Christ Her Lord.

She is His new creation

By water and the Word.

From Heaven He came and sought Her

To be His holy Bride;

With His own Blood He bought Her

And for Her life, He died.

Right theology; wrong religion — finish the thought, Samuel. Well, allow us to finish the thought. Every Christian religion is founded by a man, a sinful man, with the single exception of the Catholic Church. Even the Eastern Orthodox, while having valid sacraments and apostolic succession, was stillborn in the midst of human strife and broke away from the Church.

The distinction between Catholics and Protestants is quite simple really. It's rooted in history. Christ gave His authority to His Apostles. To be rooted in Christ, therefore, means that you must be under the authority of their successors — the bishops and ultimately the pope, the successor of St. Peter, chief of the Apostles.

As many of you know, my dad used to make a habit of going to the neighborhood Dunkin' Donuts to have a cup of coffee and his favorite donut and to evangelize. One day a man walked up to him dressed in a white suit and saw my dad reading a Catholic book. He asked him what he was reading, and my dad told him it was Catholic. He smiled and introduced himself as a bishop of some local Protestant congregation, at which point my dad said to him, "Bishop? You're not a bishop. You can't trace your line back to the Apostles." How's that for "encounter theology" and meeting them "where they're at" and having a "language event?" My dad showed him a great mercy by confronting him with the truth.

Any other religion claiming to be authentically Christian derives from man and is, therefore, a false religion in that it cannot offer salvation. It may have elements of salvation within it but these are always Catholic truths first and foremost. Sooner or later, Protestant theology takes Catholic truth and goes off the rails with it, misinterpreting Scripture or distorting a teaching of Our Blessed Lord or failing to complete the thought and carry it to its logical conclusion. If a Protestant is saved, he is not saved because of his religion but despite it.

In Heaven, there is nothing but unity, for God is one — a revelation first made to the Jews and is the heart of their great prayer, the Shema, "Hear O Israel, the Lord our God, the Lord is One." There cannot be nor will there be a multiplicity of "faith traditions" in Heaven. Heaven is the Church Triumphant. We, here, on earth are the Church Militant. The whole goal of the Church Militant is to attain everlasting life in the Church Triumphant. And let's be very clear, the "Church" being spoken of is the Catholic Church founded on the Apostles, for Christ only has one Church.

Now, we are very aware that cowardly, politically-correct clerics hate this kind of teaching. They call it divisive and offensive. Of course, it is. The truth is almost always divisive and offensive. Man loves darkness and despises the Truth because it forces him to change his life if accepted, and we prefer to cling to our sin and do not want to change. In fact, it is impossible to change sufficiently to be saved without the Catholic Church because She is the channel of all grace precisely because She is the Bride of Christ. There isn't some other fountain of grace hanging out in the universe somewhere.

This is why faithful Catholics lose their minds over all the namby-pamby, wimpy bishop-speak, refusing to just come right out with it, and by "it," we mean the fullness and the glory of the Truth. Refusing to tell people they need to convert is an act of supreme selfishness because it deprives them of the opportunity to die in a state of grace, which is necessary to enter the Church Triumphant.

My dad used to not only be Protestant, he actually studied for a couple of years to be a minister. Then, he was introduced to the teachings surrounding Our Lady, something even Martin Luther accepted,  and that was it for him. She brought him into the Church because he was a man of goodwill, as the angel said to the shepherds in Bethlehem, and he wanted to know the Truth, wherever it led him.

It's despicable that Catholic clergy, most especially the successors of the Apostles, are so terrified of preaching what those Apostles were martyred for. Well, if they won't say it, then we will because you just "gotta" say it.

If you aren't Catholic or are a poorly formed one — convert. One day, you will leave this earth. Our Lord Himself personally established the means to prepare to meet Him in friendship and love — the Catholic Church. 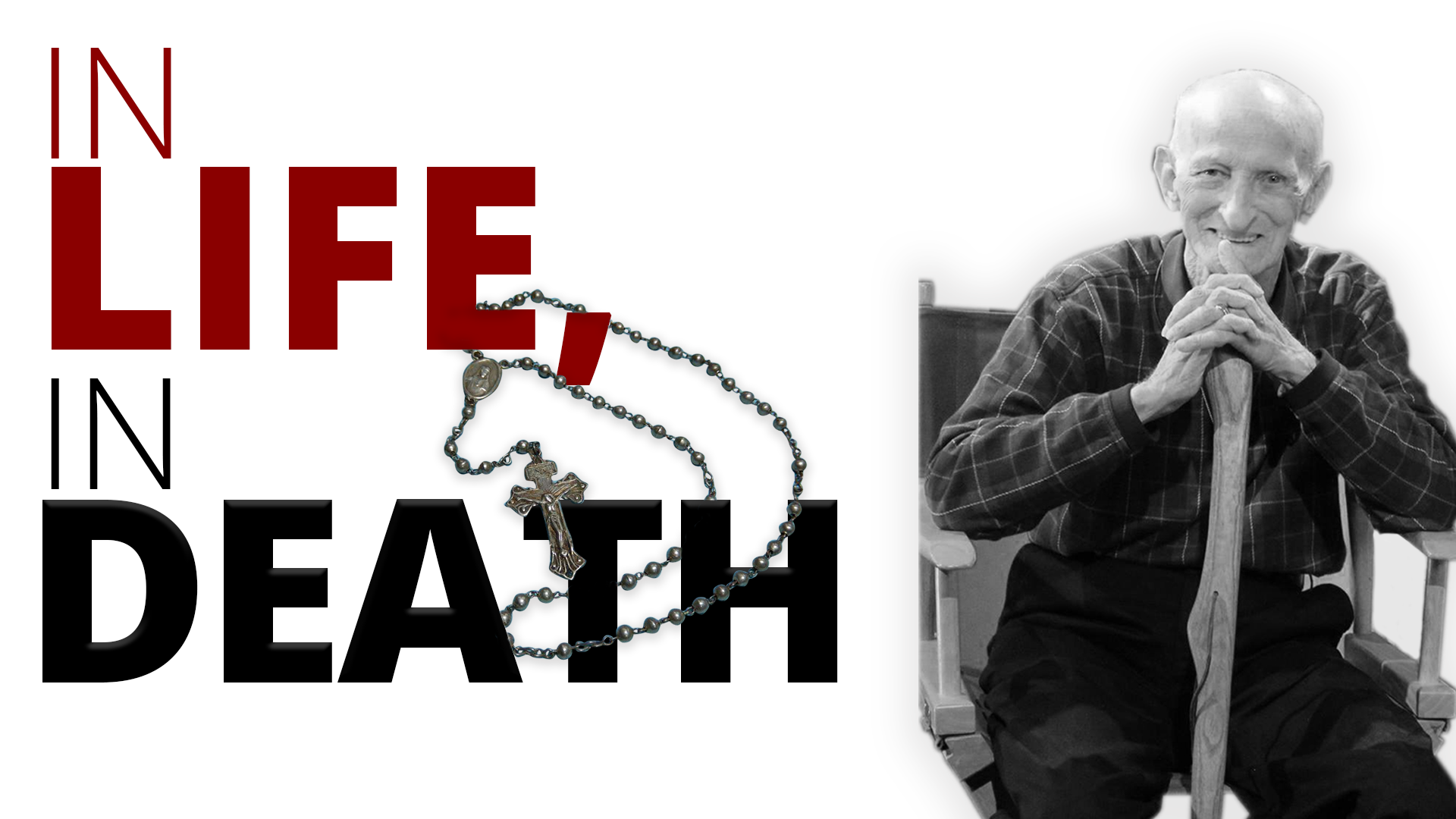