We knew it was going to come eventually — the phony Catholic crowd would "rev up" and start making it appear that it's completely Catholic to vote for a man who supports chopping up little babies in the womb and selling their parts for research. And, if that's not enough, if they somehow survive a late-term abortion, then execute the child on the table and dump his body in the trash (after harvesting it for any valuable organs and such).

This is the ghoul that these satanic pro-abort Catholics — who are actually communists — say it's perfectly okay to vote for. "Why?" you might ask. Well it's obvious, isn't it? Because Donald Trump is mean and tweets stuff and trolls the Left a lot and he's a big meanie.

People take offense at him, so he can't be re-elected. Killer Joe, he's our man because he's a sweet old guy, and he's not going to bother anyone because he's a little soft in the head, and he's this or that or whatever.

As we've said before, because of the uneven distribution of Catholic voters around the country and the higher-than-average number of them in the most-important key battleground states, the Catholic vote could well determine this election, in a razor-thin decision.

On the face of it, it would seem that Catholics would take some pride in the fact that how they vote would essentially determine who the occupant of the White House is going to be. But all is not as it appears, and certainly is not as it should be.

The Catholic vote has been hijacked and essentially split almost down the middle, nullifying its collective weight and reducing it to a mad scramble to influence a small undecided middle in a few swing precincts and counties around the country.

The Catholic vote has been hijacked and essentially split almost down the middle.

How did it happen? Well, the supposedly loyal right-wing Catholic media who make their living off clickbait about Pope Francis (as well as refusing to call out the evil that has engulfed their precious SSPX) can't blame this on Pope Francis.

This is a homegrown, made-in-America problem that very few have really talked about. And it goes way back, back to long before Pope Francis was ever thought of. But, then again, constantly doing stories about Pope Francis' latest weirdness provides them with a handsome payoff from email petitions and Patreon supporters.

After all, getting into the weeds about this U.S. bishop or that one — locals who most people have never heard of — does not generate nearly the clicks that any Pope Francis story does. More than 10 years ago, before Francis, Church Militant was telling anyone who would listen that the problem in the Church in the United States was the bishops — too many were either actual Marxists or had been influenced by Marxism.

Almost no other outlet, particularly on the right, was talking about this made-in-the-USA problem. It wasn't "sexy" enough. But we were sounding every alarm we could — that these wicked men were in league with the Democrats and were selling out on abortion to advance their globalist agenda.

We produced not one, not two, but three FBIs (Faith-Based Investigations) demonstrating all this. Before almost anyone was nailing this down, Church Militant produced an FBI about Saul Alinsky and his influence over the U.S. hierarchy and its phony poverty-fighting program, the Catholic Campaign for Human Development.

We even called it "CCHD and Alinsky." That was in 2010 — 10 years ago. Then, in the same year, we released our second investigative report: "Obama's Counterfeit Catholics," focusing on how George Soros money was being funneled through Catholic agencies to ensure Obama was elected — by confusing poorly educated Catholics.

A few months later, we dropped the next investigation — "Global Warming Unmasked" — showing how the nation's bishops were throwing in on the phony claim that climate change is manmade so Obama and the rest of the Left could use the issue as a way to seize control.

After that, the next investigation revealed how the Church in America was sold out by Notre Dame's president Theodore Hesburgh and how loads of bishops stood by silently as the evil was going on. Shortly after that, we did another in-depth investigation on how the bishops had betrayed the Faith and set it on the road to destruction here in the United States by their failure to uphold the Church's moral teaching to stay comfortable with the Left.

You see, Church Militant has been in this business a long time now, the business of exposing the evil in the Church, the sellout of the bishops to the Left because many of them are themselves leftists (or, more accurately, Marxists).

And note, the more than almost 3,000 man-hours of research that went into those investigations happened long before anyone ever heard of Pope Francis. In fact, all that stuff was going on during the pontificates of Pope John Paul II and Pope Benedict. And what have all those decades of evil created?

An environment where bishops and priests can stand up in the pulpit and say it's okay to vote for Biden, a child killer. You know, because of immigration and climate change and all that — these are mere smokescreen issues created by them so they could align themselves with the Marxist globalists and fool you into thinking that everything is okay and you should go along with all of it.

They want to bring the Catholic vote — or enough of it — along with them to drag Joe and Marxism across the finish line.

Who knows, at this point, if the selling of their souls will pay off for them come November, but what you do know is this: What these men (like Jimmy Martin and the members of the recently formed "Catholics for Biden") are peddling is absolutely not Catholic.

No way. No how. These lies and distortions — aimed at destroying the Church — have gone on long enough. Do not be fooled by them. In fact, challenge them. Right to their faces. You have no business sitting in Church on Sundays and listening to a Marxist priest spout off and then not going up and challenging him right to his face, in public, in front of God and everyone.

He's probably gay. Or at the very least, sympathetic to it. And he doesn't believe the Faith anyway. So call him out on it. And that includes any bishops who abuse their authority to issue vague statements making it appear okay to vote for a child killer because he also wants to do something about "climate change."

Go up and challenge the bishop, right to his face. His office doesn't give him the right to lie and distort and deceive and confuse the faithful. These wolves in shepherds' clothing have gotten away with enough for too long. They want to bring the Catholic vote — or enough of it — along with them to drag Joe and Marxism across the finish line.

Don't be a party to it. Resist. 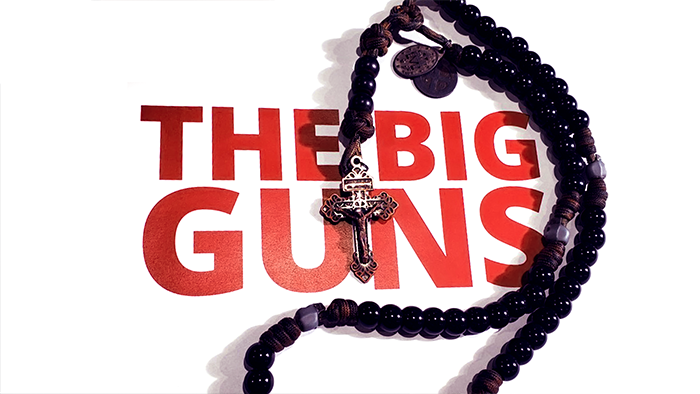