The left coast has left the rest of the country.

Let's go political first. Hillary won the popular vote across the country by less than 3,000,000 votes, a fact that the party of death can't stop going on about. It was in fact a national popular vote margin of 2,800,000. Keep that number in mind. But when you get just below the surface of those numbers, you get a much clearer picture.

So what makes here so different? The Catholic vote. That's what — 4,000,000 California voters were Catholic — 2,500,000 of them voted for Hillary. Now remember, Hillary's margin among national voters was 2,800,000. In short, with the exception of a couple hundred votes, Hillary's entire national margin over Trump was California Catholics.

The large majority of Catholics in California are Hispanics, almost 70 percent, more than any other state in the country. Over the recent decades of failed leadership of the bishops and their marrying themselves to the culture and the politics of the party of death, they have begun to transform Catholics, many of them immigrants, from believing practicing Catholics into Democratic voters.

And it has begun to show up in survey and poll findings, that under the episcopal leadership of California for these past decades, Hispanics are on the one hand becoming more Democratic and at the same time abandoning the Faith in huge numbers. In the 20 years between 1980–2000, the Hispanic Catholic population increased in California from 20 percent to 30 percent.

Over the next ten years from 2000–2010, the numbers began decreasing, dropping to about 25 percent and today it has gone down to almost 20 percent again, at almost the same level of 40 years ago, and there are still three more years to go to complete the 20-year cycle. And on top of all this, the number of immigrants flooding into Southern California has been almost exclusively Hispanic.

So what happens? Hispanics come to America or grow up in America, either way, and they grow into a massive Democratic voting bloc, far outstripping the Catholic population overall and then abandon the Faith at the same time. Locals will tell you that attendance at Spanish Masses at various parishes is on the obvious decline just gauging from the eye test.

Recent studies reveal that 77 percent of Hispanics in California were raised Catholic but only 55 percent still identify as Catholic, a 30 percent drop-off in just one generation. And remember, this is the basket the bishops are putting all their eggs in.

Catholics of European descent abandoned the Faith over a period of approximately three to four generations. Hispanic Catholics, at least in California, are almost doubling that rate. California has been a hotbed of radical-socialist-heretical Catholics, and now it's showing up in every measurable demographic and study that is being done.

From voting habits, to losing the Faith at a far greater rate than other ethnic groups, Hispanic Catholics here in California have been the target of lies and heresies and dissent for decades, and now the chickens are coming home to roost.

The Catholic vote has been watered down precisely because the Catholic Faith has been watered down here in the land of lies. And it's continuing with the likes of San Diego Bp. Robert McLeroy, who has sacrificed the truth of the Faith by declaring that sacrilegious Holy Communions can be received by a civilly married couple living in adultery. The same bishop who praises same-sex couples and homosexuality and holds them out as examples of the Faith.

Men like him and other bishops, past and present, are sitting on a time-bomb that they themselves have created, Cdl. Roger Mahoney and his dissent from the Faith being a prime example. They are costing souls and adherents to the Faith, and after having successfully wiped out most of the non-Hispanic Catholics, they are now taking aim at Hispanic Catholics.

These men are liars. When it comes to the Faith, they lie. But the numbers don't. California has become the land o'liars, and unfortunately, that isn't just contained to the world of politics. In fact, the world of politics became a kingdom of liars precisely because Catholic leaders paved the way for them.

Where all this is going to end up, no one knows. But the direction is visible to a even a blind man. The Faith is being wiped out in California by clerics who lie to Hispanics, who believe their lies and go vote for politicians who hate the Faith and legislate against it's teachings.

It's so over the top, it's hard to get your mind around it. No other state in the country committed such an overwhelming share of the Catholic vote to the party of death than out here in the land o'lies. 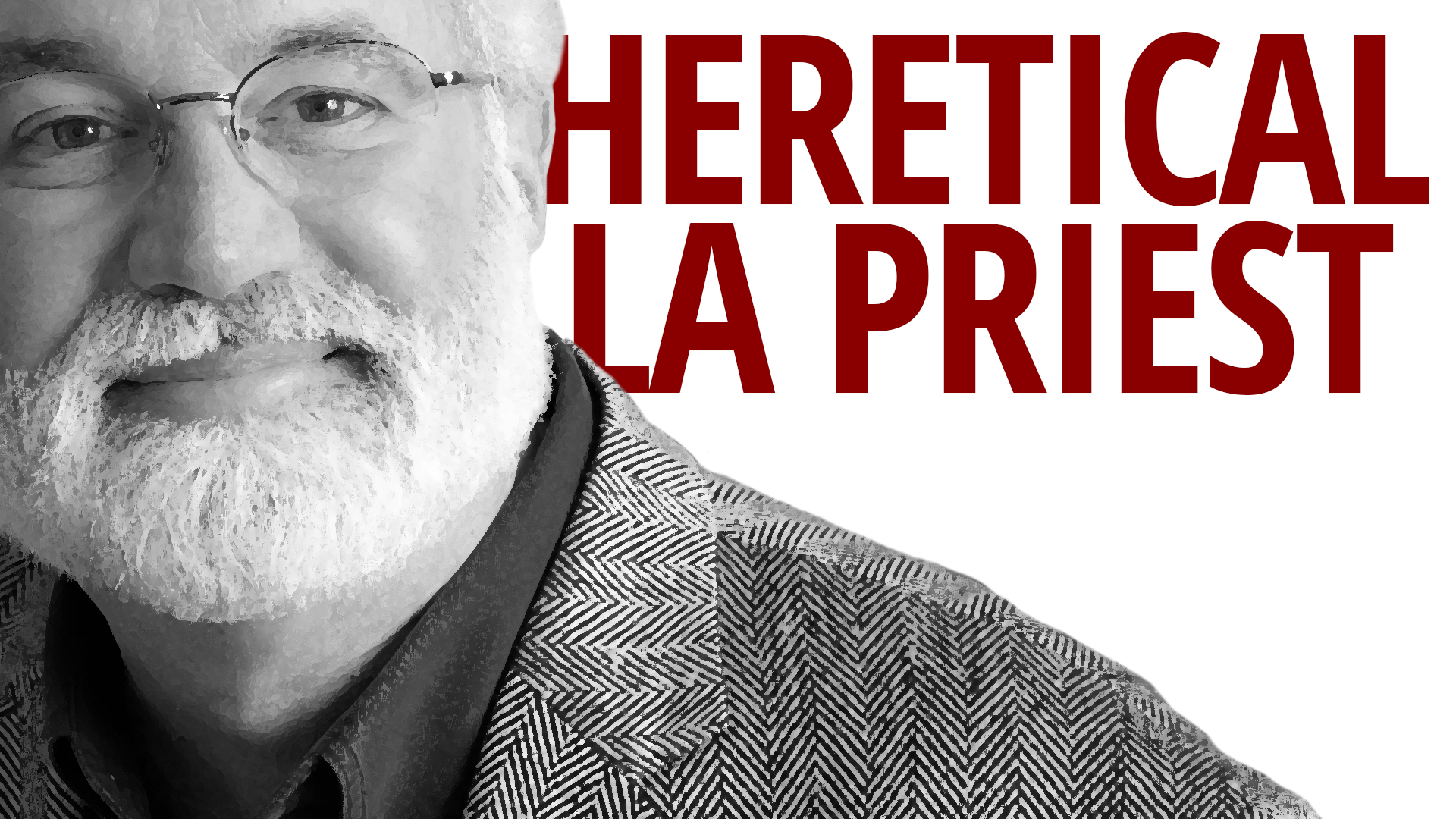 Heretical LA Priest
And no one cares.