What's good for the goose, after all.

Church Militant has become aware that dozens of requests from faithful Catholics have flooded into the papal nuncio's office in Washington, D.C. requesting that Abp. Allen Vigneron be removed from his seat in Detroit and a formal investigation into sexual abuse–cover-up begin regarding him. This is the required protocol laid out directly by Pope Francis when a bishop or archbishop himself is accused of abuse cover-up.

The pope's directives were mandated following the so-called sex abuse summit in Rome in February 2019, following the previous "Summer of Shame" where the McCarrick revelations all came pouring out. If you will recall, according to the directives, when a high-ranking archbishop is accused of either actual sex abuse himself or covering it up, he must be removed from his post while an investigation begins, initiated by the papal nuncio (the Vatican's ambassador to the United States).

The case against Vigneron keeps mounting, as he is named in two civil lawsuits, in each one accused of covering up sex abuse. In both cases, the accused priest hid out on archdiocesan property before fleeing the country — "sneaking out in the dead of the night" comes to mind. In each case, Vigneron had independent knowledge of charges of abuse by each priest but completely disregarded the information.

In the first case, he allowed the accused predator priest, Fr. Miroslaw Krol, to become chancellor of Orchard Lake Schools, where additional cases of sexual harassment and revenge allegedly occurred as laid out in the first lawsuit. Vigneron is on the board and was told firsthand about Krol's history. He ignored the warnings and was the celebrant at Krol's installation Mass.

Why isn't Vigneron being treated the same way as other bishops who are also accused of cover-up?

In the second case, Vigneron transferred the priest, Fr. Aloysius Volskis, to a second parish after charges of sex abuse and harassment at his prior parish. In the second lawsuit, it's alleged that Fr. Volskis sodomized an 8-year-old boy in the parish-school–faculty lounge. And here is something very interesting: The moment the news of Church Militant's reporting broke in Lithuania — where Volskis has been since fleeing America — his bishop held a press conference and removed him from active ministry on the spot.

So if the priest who committed the alleged abuse is immediately removed from active ministry, why wouldn't the archbishop who is civilly accused of setting it up be instantly removed? That's what happened in the case of Bp. Michael Hoeppner of Crookston, Minnesota. Similarly, that's what happened in the case of Bp. Robert Finn of Kansas City-St. Joseph, Missouri back in 2015, who has the distinction of being the only U.S. bishop to be convicted of the crime of failure to report a priest suspected of child sex abuse. In the case of Finn, many believe he himself had actually been done in by his chancery goons, who were the ones who had actually failed to report, and he took the fall.

So if these bishops got pulled, why shouldn't Vigneron? Vigneron is the number-two man at the national bishop's conference. That's one explanation being bandied about: that he might be "too big to fail."

But the story is now breaking out into secular media, and many people are beginning to ask, "Just what the heck is going on?" Is Vigneron somehow immune to the pope's protocols? Why should he be getting special treatment? In fact, the pastor of the parish here in Detroit where Fr. Volskis committed the alleged rape of the little boy told Church Militant that he had not been told by Vigneron that Volskis had a history.

These are credible accusations — not just one, but two — against a sitting archbishop accused of the same thing by two different unrelated plaintiffs. So the spotlight is now turning to the papal nuncio as people are asking, "Why isn't Vigneron being treated the same way as other bishops who are also accused of cover-up?"

Vigneron has been able to duck and weave through multiple lawsuits mostly because of his very high-priced legal team at Bodman, the archdiocesan law firm that makes a fortune off lawsuits naming Vigneron.

To date, Vigneron has four active cases filed against him — and a fifth one directly involving him:

Fr. Perrone already was vindicated in an earlier defamation case against Bugarin's accomplice in that lie, a Macomb County deputy.

Vigneron has become a lawsuit magnet, but these latest two require the papal nuncio to get involved because they accuse him of multiple instances of covering up sex abuse, the very charge which triggers the pope's directives saying bishops must step down while such cases are formally investigated.

And again, for emphasis, even Vigneron's priest in the little-boy rape case is throwing Vigneron under the bus, saying he was never told about the priest's background when Vigneron assigned him to Immaculate Conception Parish.

As letters and questions to the papal nuncio continue to pile up, all eyes are on him. We are often asked, "What can I do to help restore integrity to the Church?"

We are often asked, 'What can I do to help restore integrity to the Church?'

Well, this one comes to you on a silver platter. Write a letter — not an email — but a thoughtful, respectful letter to the nuncio asking him to require Vigneron to step down while a formal investigation is begun. Write an actual letter and mail it — that's how the Church works. They want a physical document in their hands. And whatever the findings are, they are.

And when Vigneron does this to his own priests, even when he knows they are innocent, he requires them to stop presenting themselves in public as Catholic clergy and essentially disappear from sight. They are not allowed any contact with their sheep. They can't offer Masses or any sacraments publicly. They just vanish from public life. Heck, he even unjustly sends some of them off to St. Luke's clergy nut-farm to fatten the file against them.

Why shouldn't these same chains be placed on him? What's good for the goose, after all, is supposed to be good for the gander. Or will a double standard be applied, and the pope's directives be submarined?

There are at least two credible charges of him covering up known cases of sex abuse and creating an environment where additional cases of abuse occurred as a result. Time for Vigneron to disappear. Write to the nuncio and ask him politely when he will remove Vigneron from office.

The address is on the internet. 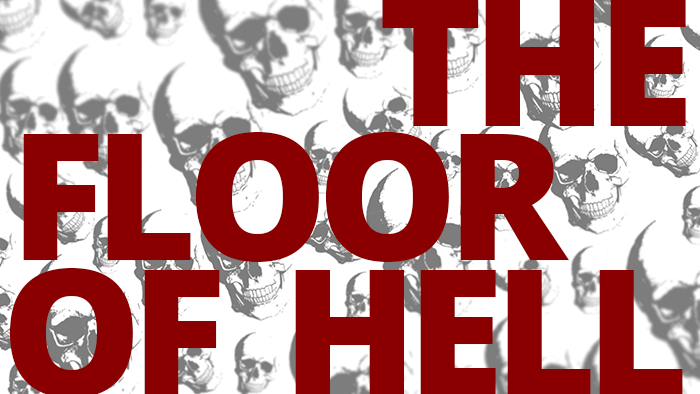 The Floor of Hell
Lots of skullcaps.