It’s all in vogue now.

In case you didn’t see, and we suspect you probably didn’t, the newest edition of Vogue Magazine has an opinion piece trashing President Trump’s recent directive, allowing employers to bail out of the birth control mandate for religious reasons. No surprise there, considering the editors of Vogue would not know anything about religion or understand how some people actually do order their lives around moral principles derived from religion.

But what’s interesting about the article is that while it does go after Trump, it focuses on another Trump — Ivanka. It attacks her as hypocritical on women’s issue for allowing her dad to deprive potentially millions of women of their constitutional right to have employers pay for their birth control.

Vogue attacks Ivanka as a kind of phony feminist because she positions herself as a feminist and uses that image to sell books, and clothing, and perfume and so forth, yet abandoned ship when her president father allowed this horrible thing to happen to women. And you can sort of sympathize with the desperate ladies over at Vogue. I mean, imagine all the women in America who want to have consequence-free sex (they think), having to actually pay for their own birth control pills. The horror. What kind of nation have we become after all?

To stress the importance of their boss having to pay for their birth control, Vogue leaned heavily on Planned Parenthood information, which “proves” just how beneficial to women birth control is and ultimately how simply fantastic to the country over all. To wit, according to Planned Parenthood, quoted by Vogue, "[O]ne-third of the wage gains women have made since the 1960s are the result of access to oral contraceptives ... birth control has been most influential factor in enabling women already in college to stay in college ... The number of women who complete four or more years of college is six times what it was before birth control became legal. And thanks to birth control, women earn half of all doctorate degrees, half the medical degrees, and half the law degrees ..

Again, those are some of the stats from Planned Parenthood pointed to in the Vogue article. It’s amazing how much birth control has helped women, isn't it? They can tramp around all corners of society now and behave just like sex-crazed men and still have a good career.

What interesting to note in Vogue’s condemnation of Ivanka for not controlling her father and preventing him from excusing various employers from having to foot the bill for birth control - is this:

Vogue, nor Planned Parenthood ever mention that if you just don’t have sex, there’s no need for any of this.  That’s right ladies - just say no!

The discussion would be over before it even began. But here is the inherent problem.

All the stats you wave in front of everyone’s face are touting the benefits of women who voluntarily and consensually have sex willy nilly yet still hold onto their economic benefits owing to birth control.

See - an artificial world has been created by the Left and for the past fifty years, through news and entertainment media and government laws and policeis, it has been foisted on the culture that you have to have sex.

AND you have to be able to have sex which does NOT result in the creation of a child - in other words - consequence free sex.

Which pretty much goes along with the rest of their world view - do whatever you want, never accept responsibility and never have to deal with the consequences.

You are not responsible for your own actions if things turn out “wrong”. Blame someone else - blame TRUMP like Kathy Griffin - blame your parents, your church, anything but yourself.

This whole “pay for my birth control” argument is the apex of The Left.

Remember former Georgetown Law school student Sandra Fluke who caused a stir when she wanted to testify before Congress about why Obamacare should force all employers, even religious ones, to have to pay for her birth control.

See, the entire Left’s goal is to not JUST champion immorality, but to make you accept it, embrace and even pay for it with your own money.

Planned Parenthood breathlessly announces that Obamacare saved women almost a half billion dollars a year in having to pay for their own birth control.

Planned Parenthood also gets a half billion a year in taxpayers funding for its abortion business.

A billion here, a billion there and pretty soon you’re talking about real money.

By the way, did anyone take note that the plummeting birth rate in Japan - thanks again birth control - as well as various european countries is about to have serious impacts on their economies and populations.

And here in the United States - thanks Planned Parenthood - the fertility rate is now substantially lower than what is needed to replace the current population levels - in fact, lower than at anytime since records started to be kept more than a hundred years ago.

To put it in perspective, to maintain a stable population requires at least 2.1 births per woman. The US has been at or below the replacement fertility rate since 1972, right on the heels of Planned Parenthood starting to get hundreds of millions a year.

The dynamics of the population decline are sailing us straight into what economists call “an unfunded liability crisis” which is fancy jargon for - there won’t be enough money coming from young workers to pay for all the pension and social security bills because there won’t be enough young people.

But this is what happens when liberal elites - really socialists, meaning communists, get control.

They do realize that the bottom is threatening to fall out because of the top heavy number of elderly people from the baby boom crowd who are now moving into retirement.

What’s the socialist solution? Kill ‘em. What else.  Start passing laws which sound humane about death with dignity and controlling your own future, blah blah.

Once the party of death gets back in power, if you don't think there won’t be an outbreak of euthanasia all across the country, then you don't understand the reality.

They’re perfectly happy killing BABY people as they are coming INTO the world. What on earth makes you think they won’t kill off the elderly on the way out - you know, just speed things along a bit?

You don’t hear anything about this in the Vogue article - just a bunch of poppycock about women’s entitlement and how empowering birth control is as it helps you have sex as often as you want without messing up your college plans.

America is gonna get exactly what she deserves - and isn’t that, after all, the very definition of justice.

For Catholic bishops and clergy to STILL keep their mouths shut about the evil of contraception is gonna warrant some justice of its own. 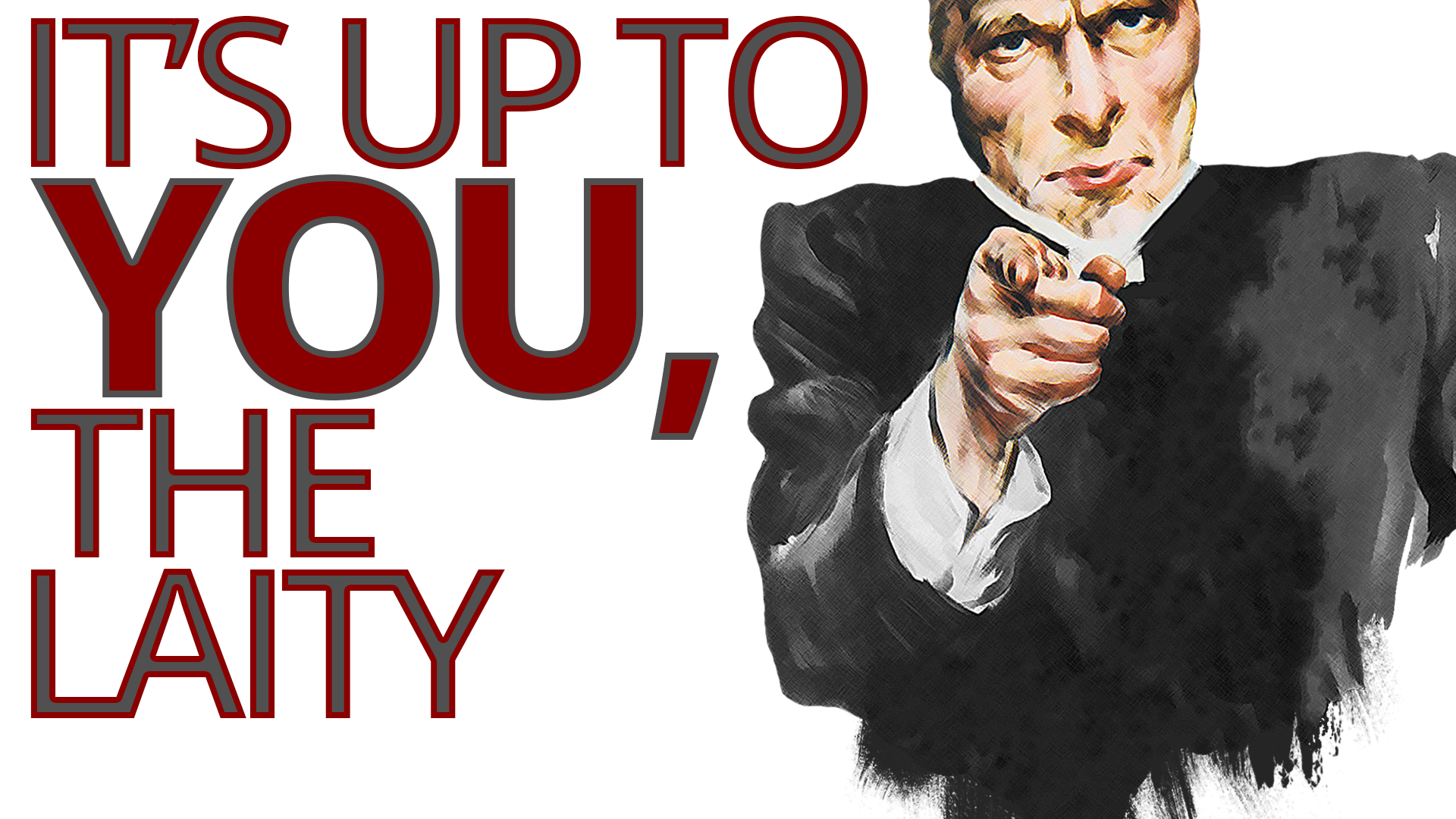 It’s Up to You, the Laity
Nothing's going to change until you do!