Well, the big gay hate machine is at it again. Anyone or anything that even thinks about challenging the culture of sodomy approval is immediately marginalized, demonized and eradicated in whatever way possible. 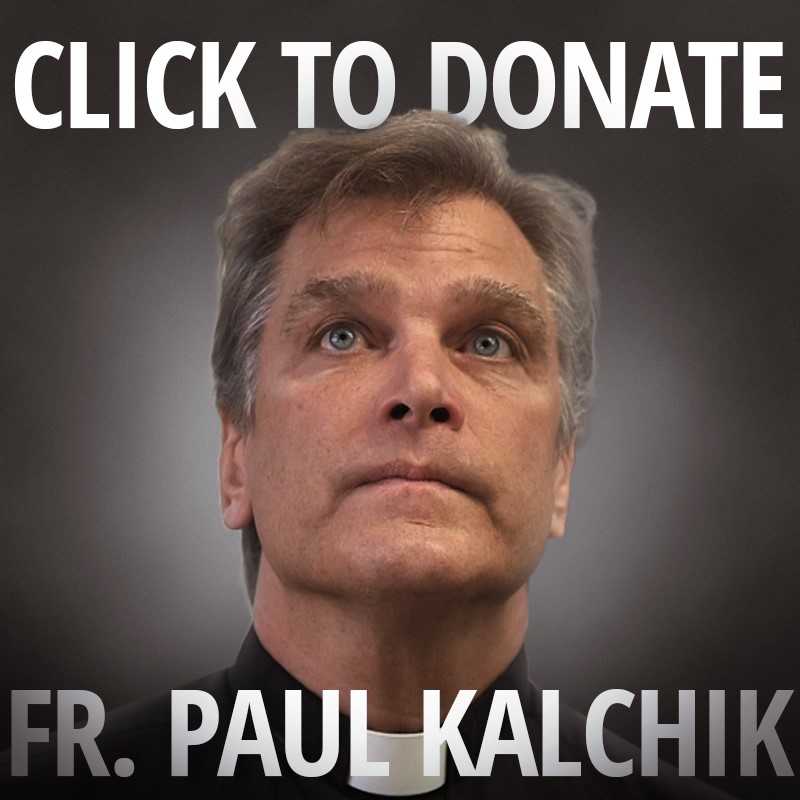 He's the priest, you'll recall, who, last month, fled from his parish in the archdiocese of Chicago — under Cardinal Cupich — when his parishioners discovered and then burned a banner that hung in the sanctuary of Resurrection parish years ago.

The banner had been a symbol of the increasing acceptance and embrace of homosexuality in the Church and the Chicago archdiocese in particular, especially under the reign of then-Cardinal Joseph Bernardin, a rumored homosexual himself, and at the very least, a homosexualist.

The banner combined the cross with the pilfered image of the rainbow, a sign, recall, originally from God. It was hung in the sanctuary back in the day right in front of an blocking any view of the crucifix.

Resurrection was a favorite parish of Bernardin's as it represented his distorted and twisted view of a Catholicism accepting mortal sin as a good thing. Eventually, the banner was taken down years ago and shoved into some back corner of a closet or cupboard in the sacristy.

During a cleaning of the sacristy this summer, various homosexuality friendly things, like vestments, were discovered and they were all burned privately. But when the banner was also found, parishioners were outraged over the symbolism of it and it having been forced on them by the archdiocesan Gay Mafia. 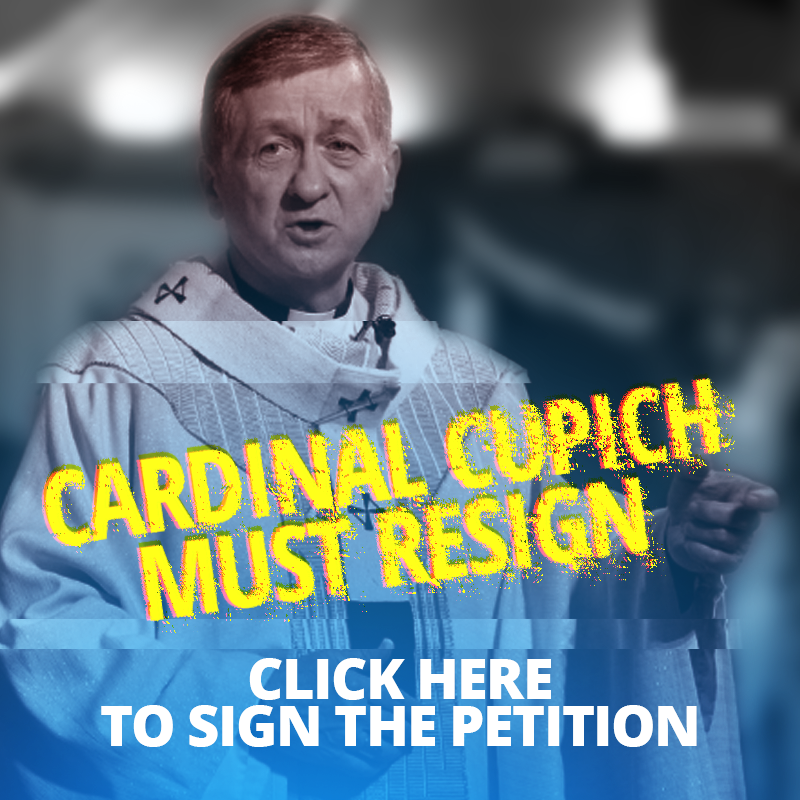 So they were only too happy to commit to the ash heap as well. So Fr. Kalchik put a notice in the bulletin that they would have a public burning of it as a statement that the parish was now beyond those horrible years. And that's where Cupich got irate. He ordered Kalchik to cancel the planned public ceremony, because, well, nothing can ever be said or done about homosexuality — even in the Church.

So Fr. Kalchik followed the orders and canceled the event. But parishioners took matters into their own hands saying the banner belonged to the parish, it had cost a thousand dollars of parish funds to make, and Cupich and the gay mafia in the chancery had no business telling them what they could do with their own property.

So they burned it privately while Fr. Kalchik looked on and offered some prayers. Well that was that. Cupich became enraged and sent two priest-enforcers to the parish who ordered Fr. Kalchik to pack his bags and go with them for "psychological counseling." All this was witnessed, for the record.

Father Kalchik, thinking better of that, packed his bags and then went off into hiding, where he still is and where Church Militant interviewed him a couple of weeks ago.

Father Kalchik is now in a situation where Cupich has stripped him of his public role as pastor and given the false impression through misleading and deceptive statements that something is "wrong" with Fr. Kalchik.

No, Cardinal, something is wrong with you — which is why almost 25,000 people have signed an online petition saying you should resign as archbishop of Chicago because you and your sodomy embracing theology is a disgrace to the Faith.

By the way, that petition is still up and we invite you to sign up and tell others. The Church isn't a democracy, but it also isn't a reign of terror and the laity have a right under canon law to express their concerns.

But here is the latest development. A GoFundMe account was established last week to help Fr. Kalchik defray what are sure to be various bills coming in to plead his case in canon law courts.

But this past weekend, GoFundMe suddenly canceled the account, refunded the money to everyone and sent a vague email listing almost two dozen possible reasons they did so. The "violation of our community standards" line was trotted out, which is almost always a reference to the big gay hate machine's workings behind the scenes.

Attempts to get GoFundMe to be more specific and say exactly which standards were violated have — shockingly — gone unanswered and unreplied to. GoFundMe and other big social media outfits apparently take their cue from various bishops and cardinals on refusing to be accountable to the lowly masses for their evils and lies and falsehoods and mischief.

So an alternative fundraising account has been established for Fr. Kalchik on the Funding Morality site, where sodomy is not embraced as normal and moral.

If you would like to offer some financial support to Fr. Kalchik, please just click on the link.

Faithful Catholics need to make statements wherever they can these days, and sticking it to pro-gay, pro-abortion, pro-Planned Parenthood GoFundMe is one way of doing so. In addition, supporting Fr. Kalchik as well as signing the petition for the ouster of Cupich is also a way for faithful Catholics to say we've had enough of your garbage and errant theology.

These radical clerics think and act like the Church is their own personal property that they can do whatever they want with. No, it isn't — he Church belongs to Jesus Christ, not you.

You are nothing more than temporary administrators and you have failed miserably in your job of shepherding and need to move on. It is Cupich who created this scenario and it is Cupich who needs to be held accountable for it. Father Kalchik did what he was told, despite not liking it.

But then pro-gay Cupich couldn't resist the opportunity to appear anything but Catholic and sacrificed one of his priests to appease the whinings of the sodomite community — wrong move, Cardinal, wrong move.

We have entered a whole new era — in the Church and the culture — where people who love God and decency and morality have had it with being steamrolled and abused and told to shut up.

Shut up yourselves with your soul-destroying evils. We will not be silent in the face of all this. Sign the petition to oust Cupich which will be being forwarded to the papal nuncio at the end of the week.

And if you are able, send some donation Fr. Kalchik's way. 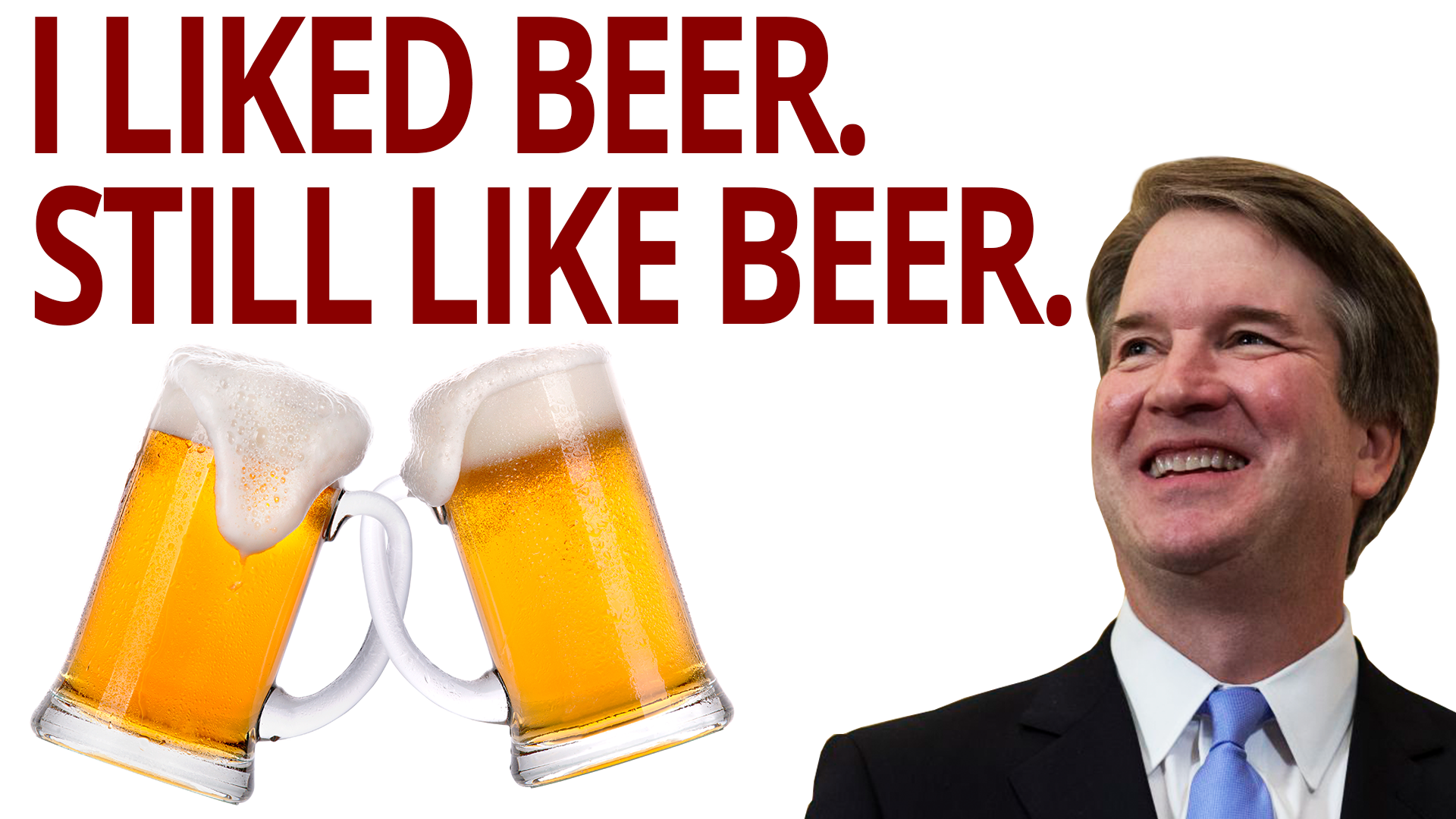 I Liked Beer. Still Like Beer.
Time for a toast.