Liberty and Justice for All

As decent Americans celebrate the nation's independence — and leftists, by definition, seek to subvert it — we can look at a couple of words or phrases that matter. Bear in mind that the Left doesn't care about the actual meaning of words, they use and abuse vocabulary willy-nilly based on their single goal: winning.

In fact, all the Left care about is winning, truth be damned, facts be damned, the meaning of words be damned. Whatever can be utilized, manipulated, distorted, cheated on, lied about, you name it, they'll do it.

There Is a compelling reason for it as well. The Left doesn't believe in God, which of course would preclude any next life, so all the Left has is this life (they think), so this life must be won at any cost.

One of the weapons the Left will use — as stated earlier — is manipulation of vocabulary, so they take words like freedom, liberty, justice and give them substitute meanings.

Take liberty, for example, deriving from the Latin word for freedom. For them, freedom means doing anything you want within the bounds of not doing violence to another person, unless, of course, you have to — see California "off the deep end, needs to be committed" Maxine Waters, as piece of evidence number one.

And don't forget that it was a lefty who gunned down Louisiana Congressman Steve Scalise last June and leftists who said we shouldn't hope he returns from his injuries because he was a cad who whose congressional votes hurt people. So violence, in the eyes of leftists, is sometimes employable.

And you hear all the time from the same gang — or perhaps political thugs might be better — the constant caterwauling for "justice," unless, of course, we are talking about justice for their criminals.

If there were true justice, Hillary Clinton would be in stripes, Obama would be in jail with her and the whole Democratic Party would have their American citizenship revoked and them declared traitors. Justice in the minds of the Left is essentially a class war — Marxist communism, anyone? — between "the rich" and "the poor," but, of course, not their rich.

The whole immigration issue revolves around this distortion of justice. The definition of justice is giving to each person what he is due, not what he is not due. Leftists claim everything is a right — a right to kill your child, a right to cross the border with no vetting, a right to anything that helps ring to birth their lawless and disorder world.

Is America itself divided this Fourth of July? Not at all. What America stands for, it still stands for. It's just that the Left is posing as a legitimate voice in America, which of course it is not.

The Left doesn't believe in America because America's founding is bound up with natural law, and natural law, of course, comes from Nature's God — a notion the Left absolutely despises. The Left seeks to change America into something decidedly un-American while still clinging to the symbols, for the time being.

These wicked churchmen employ the same twisted thinking based on the same unprincipled principles, also rooted in a hatred of the moral law and order. It's good that all this so-called division is present. It gives everyone the chance to know where everyone else stands — in the Church, in the country, everywhere that matters.

Remember, America came into existence because of a great principled division, with many people ready to sacrifice their lives for it. Sure feels like we are approaching something like that again. It worked out okay the first time around, for the country and the Church.

Freedom and justice mean what they have always meant, or they mean nothing.

Happy Birthday to real Americans. Defeat the Left. And, for Catholics, pay attention to the very close parallels at work here. 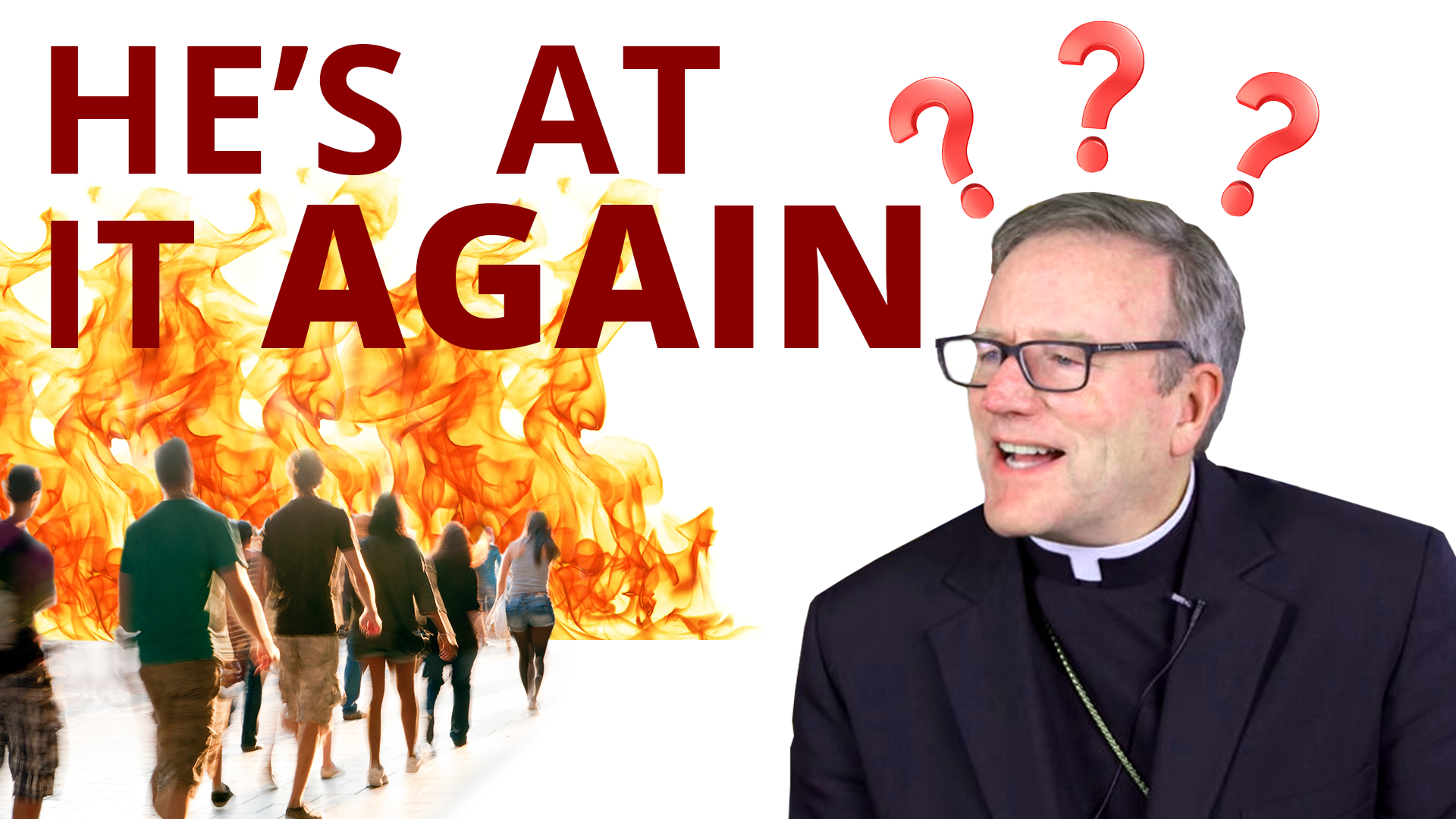 He's At It Again
And he needs to stop.