The Church Militant "Bishops: Enough Is Enough" rally next Tuesday in Baltimore is shaping up to be a historic event in the history of the Catholic Church in America. Knowledge of the evil and deceit of so many bishops is finally beginning to come to the conscious minds of faithful Catholics — no thanks to the efforts of that useless bishops' conference.

When we held the first rally back in 2018 in the foul wake of the Theodore McCarrick revelations, the bishops were falling over themselves, insisting on how they "knew nothing," "were greatly troubled over all of it," "were shocked"!

It's odd how hundreds of men knew nothing about the highest-ranking prelate in the United States having secret payouts made for him to victims. Insurance companies knew, attorneys knew, victims knew, seminarians in Rome knew, families of victims knew, chancery officials knew, the media knew — and yet, somehow, not one bishop in that room knew.

Depositions about McCarrick and his infamous beach house on the Jersey Shore were online 10 years before the news exploded — and yet, none of them knew. It's beyond preposterous to think none of them knew anything. The question isn't, Did they know? Heck, 10 years ago, the USCCB was firing off memos to Scranton's bishop, Joseph Bambera, telling him to not let Church Militant talk in his diocese.

Consider that for a second: Back in 2011, when Church Militant was little known, we were on the radar of the bishops, but the most prolific homopredator in the history of the U.S. hierarchy had been sexually abusing young men for decades. And none of them knew a thing?

They knew about little ol' Church Militant but not McCarrick? Right.

The question isn't, Did they know? The question is, Why didn't they act on the knowledge they had? When you get right down to it, that question answers itself. They didn't care about victims as much as they did covering their "miters" — a complete and total betrayal of their roles as spiritual fathers.

And then, of course, there is the other dynamic — that many of the men in that room are gay (some of them active), and the last thing they would want to do is draw any attention to that.

Lori got the cover-up he wanted.

Even though they never shut up about how transparent things are now — blah blah blah — they continue to hold all the cards and they just lie. Plain and simple. Washington, D.C. cardinal Wilton Gregory is still lying about the 2004 letter Rome sent saying pro-abort politicians must be refused Holy Communion. Gregory was pegged as homosexual by hierarchy investigator Richard Sipe. But Gregory isn't the only one.

Bambera — also known as "Bambi" — has turned his diocese of Scranton into a homosexual cesspool, even as the recent revelations emerge about the very first priest he ordained now being a child molester.

But someone who has successfully managed to fly under the radar — at least mostly — is the sly Abp. William Lori, whose archdiocese of Baltimore is host to the annual meeting of bishops.

Here's the headline on Lori: He drives victims out of the seminary and drives whistleblower priests out of the priesthood.

Just two years ago — as we earlier reported — sexual harassment was reported to him directly over the course of almost an entire year. He did nothing meaningful about it. He did bring in the archdiocesan legal team and set up a process to cover it all up, hiding behind the much-vaunted "process." The process, we can assure you, is absolutely not designed to get at the truth and administer justice for victims.

It's designed for one thing — to avoid the truth, deny justice and screw over the victims, all as part of keeping the information from you. Multiple letters were sent back and forth (logs, journals, detailed accounts of the harassment); the papal nuncio was contacted in D.C.; every possible avenue was gone down multiple times.

In the end, of course, Lori got the cover-up he wanted, using threats, intimidations, stall tactics and so forth. And the victim finally gave up on his vocation and left the seminary — and the family, the Faith.

But a lesser-known case (but in some ways perhaps even bigger) is what Lori did before coming to Baltimore to one of his priests. A young associate pastor and the parish bookkeeper suspected that the pastor, a homosexual, was ripping off the parish and spending the money on himself and his gay lover. After reporting it to Lori and seeing not much was being taken seriously, the young priest and the bookkeeper struck out on their own and hired a private investigator. Sure enough, he discovered the truth, and his information was turned over to authorities and the story got out.

Lori was apoplectic. Parishioners were shocked and ticked that this was going on with the pastor: They were incensed when they learned that Lori had retaliated against the priest with the usual "break" for reflection and meditation.

The story created a firestorm in the media in the diocese of Bridgeport, Connecticut, and Lori was beside himself with rage. In the face of diocesan lies and even forcing the priest to sign a statement retracting everything he had learned and reported — a recanting he later recanted — the priest simply up and left the priesthood, so evil and wickedly had he been treated by Lori.

Lori was one of the driving forces behind the bishop-protecting Dallas Charter following the eruption of news in 2002 about homopredation in the clergy, as exposed in the Boston Globe. McCarrick and Wilton Gregory worked feverishly with Lori on that document.

When Rome appointed him the cleanup man in the case of thief and homopredator Bp. Michael Bransfield of Wheeling, West Virginia, Lori was in full cover-up mode again.

Lori steadfastly refused to release the names of his credibly accused homopredator priests.

He conveniently left out of his final report that his thieving and active homosexual brother bishop has given large sums of his illegally obtained cash to a bunch of bishops around the country, including Lori.

Bransfield had given Lori $7,500 that once, and only once it became public, Lori gave it back. Other bishops exposed in the shady deal also returned the money. Lori admitted to the Baltimore Sun when questioned about the original nondisclosure that covering up that little point was a "judgment call that was a mistake." This is the man — and there is much more — who runs the oldest diocese in America.

But Lori covers himself in glory — the Lori glory:

The man who was part of the decision to make sure that bishops specifically would not be part of the Dallas Charter, a document and policy allegedly designed to prevent and punish sex abuse, cooperated with the sex abuser in chief to make sure bishops got a pass. That man is on the bishops' sex abuse committee.

The Church in the United States has reached a tipping point where everyday Catholics who believe the teachings are finally seeing what a despicable group of leaders actually are the bishops. All of this despite the sycophant and self-protecting so-called media — like Relevant Radio, Ave Maria Radio and the Catholic League (run by Bill Donohoe) — providing cover for them left and right.

What Baltimore is shaping up to be is the clash between the phony Church of Nice — with all its lies, watering down of the Faith, liturgical abuse, ongoing sacrilege, sexual abuse victims, cover-up artists, secret money payouts in the billions, cover-up media, active embrace of homosexuality, all of it — and actual believers, who demand accountability and change.

What will be interesting to see is this: Will any bishop in that meeting even acknowledge that just outside their doors are thousands of Catholics praying for them to change and start concentrating on the salvation of souls?

For those of you still looking to be present on Tuesday, Nov. 16 — the rally is on, the same rally the bishops' conference worked so hard with the city behind the scenes to try and destroy. Please click on the link to reserve your spot — and they are going fast.

See you in Baltimore next week! 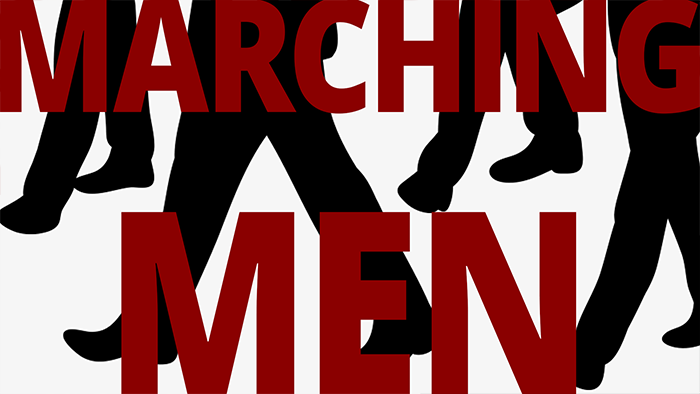 Marching Men
Be part of the effort to end the child holocaust.