First a blessed feast day to you today on this Feast of the Immaculate Conception. It's always important to remember that our heavenly Father is always at work, even at times He seems completely absent.

All those millennia ago, quietly, in the smallest unknown stirring of the womb of St. Anne, our Blessed Mother was conceived in preparation to be the Mother of God. It would be her fiat "let it be done unto me" that would bring forth redemption for the human race and our hope of salvation.

The Blessed Trinity saw it all, of course, even though it was completely absent from the mind or eyes of man. God is in control and working at every instant, even when we don't see it at a particular point in time. Roughly 16 years onward from her Immaculate Conception, preserved free from all stain of original sin, she who was conceived today would herself conceive Him who brought about her conception.

So again, a splendid feast day to you from all of us here at Church Militant. It was one week ago today that Church Militant brought you extensive coverage of the Dobbs v. Jackson Women's Health Organization case at the United States Supreme Court. As a quick aside, thank you for following our reports from there.

For two hours, nine Supreme Court justices and three attorneys went back and forth about exactly when a child should be deliberately killed in the womb.

It is always a great blessing to be able to bring you our coverage from events that amount to history in the making, as it's actually unfolding; and we could not do that without your continued financial and spiritual support. Amidst all the hoopla and exuberance of what sure looks like a sharp rollback (if not outright overturning) of Roe v. Wade, we need to step back and consider what actually is happening — a reality check.

Putting it bluntly, for two hours, one week ago today, nine Supreme Court justices and three attorneys went back and forth about exactly when a child should be deliberately killed, slaughtered, in the womb — not if, but when. On the question of the life of the baby, not a word was spoken — even by the so-called conservative justices (five of whom are Catholic).

The best that can be hoped for at this point is that a majority of the Court decides that the question of protecting the lives of millions of children in the womb is not in their jurisdiction and they return the matter to the individual states for voters to decide the fate of the unborn.

Imagine the uproar on the Marxist Left if the high court would have applied that same litmus test to homosexuals wanting to get married: "Well, we'll just let the individual voters decide that in each state" (which, by the way, over 30 states already had, and, by a 5–4 vote, the Supreme Court just swept aside).

Think about this: The culture has become so degraded, become so heartless, this is the reality the pro-life movement is staring dead in the face. Talk about a low bar! Yet that is precisely what we are all facing — the sad fact that in some states, about half actually, the killing will continue unabated, actually even be stepped up.

The culture is so compromised right now, so completely off the rails, that the "glass is half empty/half full" scenario is the best we can hope for. And mind you, this best-case scenario only comes about if a majority of the court kicks Roe.

Of course, that is to be celebrated — don't get us wrong here. But like scoring a touchdown when you're trailing by 35 points is to be celebrated, you still need to look up at the scoreboard and realize you're desperately behind.

It's curious that when the apostate-Catholic Sonia Sotomayor accused the state of Mississippi of pushing a "religious" view of when life begins, none of the other five justices jumped in and said, "Well, let's talk about that issue. When exactly does life begin, my fellow justice? Are we permitted to ask that question, explore it here from the bench? You opened the door to that, so let's go through it, shall we?"

Why didn't any of them ask the question of Sotomayor or Biden's solicitor, Do you believe what's in the womb is a human being? Is it human? Is it alive? Is it a human life? Is it not, then, a human being? Justice Sotomayor, can you please put before the court a case of something determined to be a human life that is not at the same time and in the same respect a human being?

How about you, Madam Solicitor? Anything? One case, anywhere, from any time or place in human history? Because, Madam Solicitor, if that "thing" in the womb is a human being, then the 14th Amendment automatically kicks in and that "thing" has a right to due process before its life is extinguished.

Where was that line of discussion, that line of thinking, that line of argument? It was totally absent. Even the attorney for Mississippi was happy to put forth and argue the idea that the moral evil of contraception was a perfectly permissible reason to dump Roe.

But like scoring a touchdown when you're trailing by 35 is to be celebrated, you need to realize you're desperately behind.

Contraception is the very reason we have Roe in the first place. The law has become unmoored from any sense of morality, so arguments, even when they are in the right regarding the outcome, are always lacking, always fall short, are always willing to accept a compromise — even if the ball is advanced down the field.

It's one thing to move the ball up and down the field — it's quite another to score a touchdown and considerably more to actually win the game. So as we await what appears to be some kind of "favorable" outcome, we cannot forget that there are mountains to be moved to restore America to a "nation under God."

As monumental as the decision will likely be, the half century of fighting, praying, politicking, protesting — all of it will only make the tiniest of dents in the Culture of Death.

At our individual judgments, that is what will determine our eternal destiny: Did we fight like Heaven to raise the bar — or did we accept a low one? 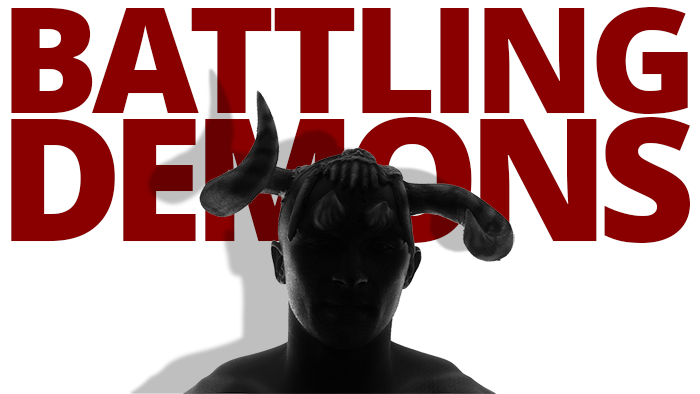