There is a somewhat below-the-radar campaign going on, initiated by Cdl. Blase Cupich of Chicago (an active supporter of all things homosexual in the Church) to rehabilitate the image of his predecessor, Cdl. Joseph Bernardin. To be clear, Bernardin was the prelate who put the homosexual-bishop machine on steroids here in the United States and almost single-handedly helped bring down the Church in America.

But in a massive attempt to rewrite U.S. Church history, Cupich is having diocesan newspapers all over the country publish his propaganda that Bernardin was some kind of hero, an opponent of child sex-abuse who developed a plan to combat it 10 years before the news broke all over America (courtesy of the Boston Globe's Spotlight reporting in 2002).

For Cupich to now try and paint Bernardin as some kind of revolutionary, forethinking genius who was light-years ahead of everyone else is total nonsense. First, the former cardinal and homosexual predator Theodore McCarrick was draped in the same honors as he publicly steered the U.S. hierarchy's official response to the 2002 revelations. Of course, at the exact same time, he was hopping in the sack with vulnerable seminarians — following a long history of homosexual child-abuse on top of his seminarian track record. In other words, a prelate taking the lead on sex abuse means absolutely nothing. In fact, appearing to be a leader in the area is a really good cover.

So with establishing this truth — that appearing to fight sex abuse within the clergy doesn't mean a thing — let's proceed with Cupich's claims about Bernardin.

Bernardin rose to power because John Dearden, the massively heterodox cardinal of Detroit — pro-homosexual, pro–women's ordination, pro–everything opposed to Tradition — raised him by his own hand to become the de facto leader of the U.S. bishops in 1969.

In a massive attempt to rewrite U.S. Church history, Cupich is having diocesan newspapers publish his propaganda that Bernardin was some kind of hero.

From his perch as Dearden's anointed one, Bernardin set about to undo the U.S. hierarchy and populate it with countless homosexual men. In fact, the plan that Bernardin instituted deftly avoided any mention of the fact that the vast majority of the cases of sex abuse were homosexual abuse of minors or vulnerable adults. That's curious, isn't it? In fact, something is really weird here because, 30 years later, Cupich himself personally shut down any mention of that at the infamous Sexual Abuse Summit in Rome in 2019, a summit that public pressure forced the Vatican to initiate in the wake of the revelations about McCarrick the summer before.

Cupich was conveniently placed in charge and refused to let the topic of either homosexuality or McCarrick be discussed. He just sat there locking down the reporters' questions and refusing to address the two elephants in the room: gay sex and abuse within the clergy and by McCarrick himself.

So forgive us if we deem Cupich not credible in the slightest on this topic. He lies routinely, distorting Church teaching at every turn. He is selling off parishes like pierogi at a Polish festival and amassing a nice treasure chest of endowments from these parishes. All the while, he is ignoring the pleas of the faithful who, in some instances, have raised the needed funds to keep the doors open.

In the process, he has completely sidestepped canon law, which, of course, can't be surprising since he sidesteps Church dogma. So we have one crooked cardinal trying to resurrect the image of another crooked cardinal and attempting to do so under the radar.

Regarding Bernardin himself, Cupich has completely ignored the sordid charges that he knows to exist about Bernardin: that when he was a priest in South Carolina in the mid-1950s, he was directly involved in the sexual assault of a minor as part of a satanic ritual in the basement of a Greenville parish.

Church Militant brought that horrible story to you almost two years ago in our own Special Report — with all the supporting documentation handed to us by an employee of the archdiocese who is sick and tired of the lies and cover-up stretching back decades. We produced the actual correspondence in the file that proves that the archdiocese knew about the allegations.

They despise the Church and now want to make sure that their lies become the narrative.

The file is there — Cupich knows about it, and we have shown it in great detail — and yet Cupich still wants to lie and portray Bernardin as some kind of saint. In addition to this, there were multiple charges of Bernardin sexually abusing seminarians and going to various Church properties to engage in sex with seminarians, accompanied by other bishops. These things went to court where depositions were given and settlements were reached.

Church Militant has actually spoken with one individual (an eyewitness in a rectory in Chicago) who confirms for us that they walked into a bedroom and saw, with their own eyes, Bernardin engaged in sex with a priest. Cupich knows all this, so it is extremely wicked for him to try and present Bernardin as some kind of champion of victims' rights. The only real difference, it would appear, between McCarrick and Bernardin is that McCarrick got caught.

And one final thought on Cupich himself. He is in his current role because McCarrick put him there, just like Cdl. Joseph Tobin of Newark. These men are part of the McCarrick network of compromised clerics who want to cover up the past and rewrite the truth. They despise the Church and now want to make sure that their lies become the narrative.

We're not going to let that happen. 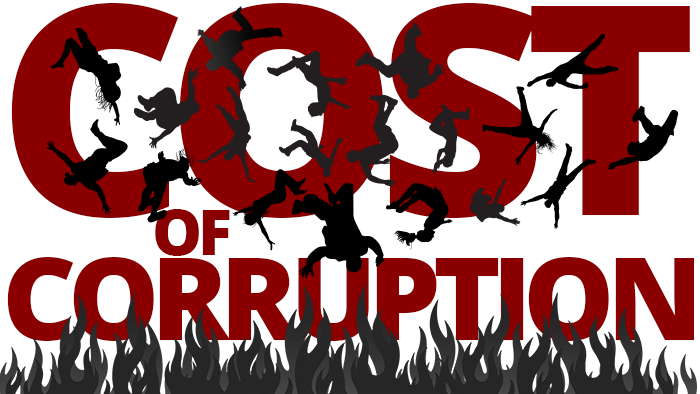