And that 'reasonable hope' untruth.

The article details the death by suicide of Catholic parishioner Robert Fuller in Seattle.

Fuller had chosen May 10 to kill himself by lethal injection and, accordingly, gone to his home parish of St. Therese to receive a final blessing.

As you can see in this picture from the AP article, taken by an AP photographer who was obviously present at the parish in order to actually take the picture, the priest, Fr. Quentin Dupont, not only gave Fuller a blessing but included a class of first communicants in the blessing.

The report details that Fuller had received Holy Communion at the same Mass as they had.

The parish is known for being very gay-friendly and, importantly, states, "Fuller's decision was widely known and accepted among the parishioners."

The AP even printed comments from parishioners clearly acknowledging they knew this was his "last Mass."

And here is where we need to now go into the weeds. The AP article caused such a stir that the bishops of Seattle actually had to issue a press statement to "clarify" important points about the story.

The bishops seem to deny that Fr. Dupont knew that Fuller was going to kill himself — fair enough.

Here, in part, is the statement: "At the time of this photo, parish leadership was not aware of Mr. Fuller's intentions. That morning, the priest in the photograph was told Mr. Fuller was dying and wanted the blessing of the faith community. It wasn't until later that parish leaders learned of his plans."

There's absolutely no reason to believe that when the bishops say that, they believe anything differently.

But here's the problem: Their information as to what Fr. Dupont knew and didn't know would have come from Dupont himself. How else would the bishops be able to say what he was aware of unless they asked him and he told them?

And this is where the official response from the Church runs into all kinds of logical inconsistencies. First, what is meant by the specific term "parish leadership"?

If that means just the actual pastor, then in that very narrow sense it might be true. But the term leadership implies more than one person.

In this wider sense, it is not true that "parish leadership" only found out about Fuller's plans to kill himself after the blessing and photo.

The AP even quotes the choir director, Kent Stevenson, as saying, "It was hard to even cry because he was so forthcoming and so sober about it."

Loads of parishioners knew about Fuller and his decision way ahead of time. He was well-known in the gay-friendly parish. He had a gay partner who he civilly married moments before injecting himself with the deadly cocktail. Their relationship was no secret.

He would crack jokes and make side comments while he was lectoring.

Fuller was no shrinking violet at St. Therese "faith community" as the bishops described the parish in their communique.

More to the point, there was an Associated Press photographer right up in the face of Fr. Dupont at the exact moment he was extending the blessing.

Professional photographers kind of stand out in a crowd because of the quality of their camera equipment.

So what we are left to accept is this: A high-profile, well-known parishioner, who is in a gay relationship, dying of a terminal illness, who is going to kill himself five days later — and loads of people in the parish know this — just goes up to the priest after Mass, with a professional photographer from the Associated Press in tow and randomly asks for a blessing because he is ill — and the priest is completely in the dark?

Not a single thought pops into Dupont's head like, "Why now, today, does he want a blessing; he was ill last week, he'll be ill next week. So why today?"

Why does he have a media photographer with him who is so physically close in on the blessing that he snaps a load of pictures of it — because professional photo-journalists snap hundreds of photos and then choose which one later?

How could all that be going on and the priest not have a single thought enter into his head?

Did Fuller lie to him and not tell him what was going on? Then Dupont needs to say that and the bishops need to report it in their communique.

And how does Dupont not know what apparently everyone else in the parish knew, even the choir director?

How is this scene assembled, first Holy Communion kids kept afterwards; the AP photographer present and positioning himself for a media photo-op, other parishioners who knew in advance that he was going to kill himself gathered around a well-known, dying, gay parishioner and not any kind of thought of how strange this all was not occur to the priest?

Sorry, folks, but given the choice of believing he knew nothing whatsoever, had no idea of anything about this, even with a media photographer snapping off pics, or he knew, at least something, or even suspected it but did not report it fully to the bishops, it is too much to believe he knew nothing.

There is nothing to suggest in the AP story that anyone in the parish objected to anything regarding Fuller, his active homosexuality or his desire — and plans which he carried out —to kill himself.

After all, we aren't a "parish," we are a "faith community" — with emphasis on "community," not faith.

The souls in Hell are also a "community," specifically referred to as the "Society of the Damned" — which raises this interesting question for all the Bp. Barron worshippers out there.

Robert Fuller was an avowed homosexual, making it as official as he could by his second-to-last act "marrying" his gay partner. He obviously believed there is nothing whatsoever sinful about active homosexuality.

So confirmed in his belief was he that he received Holy Communion the Sunday before he died. And he died by willfully and with premeditation killing himself with the express intention of giving others in his situation encouragement to do the same — which is scandal.

So what do we have occurring in the last week of Fuller's life? Sacrilegious reception of Holy Communion; active, at least by intention, of homosexuality; scandal and suicide.

Now, we have no certainty of the condition of Fuller's soul when he drew his last breath, true, but it is ridiculous to approach his situation that we have a "reasonable" hope he was saved.

Based on exactly what reason, Bp. Barron? Answer that question.

Church Militant is not saying he was damned, but you are saying he was probably saved, that we should maintain there is a reasonable hope he was saved. But Barron and his worshippers never respond with the critical issue of the actual reason in any given case.

This AP photo of Fuller's death scene cannot possibly inspire any reasonable hope he was saved.

Do we hope he was? Of course we do. No Catholic wants any soul being damned. But the Barron crowd does not stop at we just "hope."

They go further, much further, and say we should entertain a hope based on a reason, but they never say what the reason is in concrete circumstances.

I have a reasonable hope that my father was saved. I was present at his death bed. I held his hand as he slipped from this life and was taken by St. Michael to the judgment seat of Our Lord.

About 15 of us were saying the Divine Mercy Chaplet at his death bed. He had his scapular on. He had received the Church's apostolic blessing a day or so before. He sat up in the bed and was reaching out and smiling and talking to "someone" at the foot of his bed.

I have loads of reasons to entertain the hope my father was saved.

What are the reasons, the hard, actual, concrete reasons we have to entertain that same hope with Robert Fuller, Bp. Barron? What are they?

Barron and his worshippers don't get to dodge these kinds of details.

These details are precisely what the entire issue of salvation hangs on and revolves around.

We should "hope" that Fr. Dupont did tell the complete and full truth to the bishops, that he knew absolutely nothing, that he did not extend the Church's blessing to a man he knew was going to commit an objectively evil act as his very last act on earth — but as for entertaining a "reasonable" hope that Father was entirely forthcoming, same question: What exact "reason" would that be? 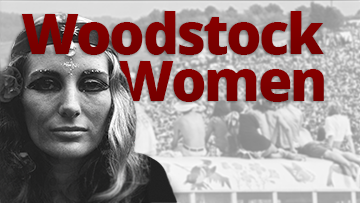