Pray for a conversion.

While it's not exactly a mystery why the overwhelming majority of Catholic bishops don't ever really refer to natural truth or seem to ever even acknowledge natural virtue (much less supernatural virtue), it still remains frustrating, as a Catholic, when non-Catholic Christian men of goodwill do.

Jesse Lee Peterson is one of those men of goodwill (goodwill being, of course, the first step necessary for salvation). Peterson is a nationally recognized radio host who, because of his political conservatism, has, of course, been canceled, banned, mocked and all the above because he says the emperor has no clothes.

In fact, from a Catholic perspective, Peterson says more in one interview or one radio show than the entire United States Conference of Catholic Bishops does in an entire year.

The problem with the bishops (among billions) is they view themselves as some kind of business or corporation where the primary duty is to please the stockholders and make a profit so they can pay some enormous dividend at the end of the year.

The problem is, they have wiped out their own customer base with their immorality, lust for money and their politics.

On the political level, they're known as "RINOs" — Republicans in Name Only.  Yep, the RINOs are no different than the Democrats, and neither are the bishops.

The destruction of the Church that began in earnest in the wake of Vatican II as various homosexuals and Marxists within the Church used the council for their own ends (and still do to this day), that destruction has been allowed to proliferate because of weak men. Weak men are never men of goodwill, and you can take that to the bank.

As many of us know, moving towards truth can often be difficult and costly. Yet a man of goodwill is still attracted to the truth. It resonates inside him, stirs his soul — sometimes to heroic feats. But it always changes him.

It's why the angels in the night sky over Bethlehem sang aloud, "Peace on earth to men of goodwill." Because men of goodwill always move towards the truth. They find peace, heavenly peace, even amidst the storms of life. No matter how they might fall from time to time, no matter what life may throw at them, they keep truth as their North Star and either never veer off course or find their way back.

Yet, here, we have a terrible contrast — one that always strikes me whenever I encounter it (and I sadly encounter it way too often). Jesse Lee Peterson is more "Catholic" than most ordained Catholics we encounter or report on here at Church Militant.

And yet his ability to approach the fullness of Our Blessed Lord's truth is hampered by the bishops and their aversion to that same truth. How sad. How angering.

Jesse said he changed from Democrat to Republican many years ago because his Christianity compelled him to. That's a movement of goodwill.

Yet, how is it that so many bishops continue to embrace the evil of the Democrats? The bishops should have long ago denounced the Democratic Party — a party responsible for more deaths than the Nazi party in Germany. They should have laid bare the lie of these child-slaughtering sodomites — but they haven't, and it appears they never will.

Peace on earth to men of goodwill.

Membership in the Democratic Party should be an automatic disqualifier regarding the sacraments, but because we, as a Church, have been cursed with weak men, that notion seems completely absurd to most hearing it. But why should it be?

Why should any person (not just the president or other notable politicians) who accepts sodomy as a legitimate form of love or chopping up a baby in the womb as "health care" ever be allowed to participate in the life of the Church? With the exception of confession (and even then requiring true contrition), no such man should ever be allowed to profess the Catholic faith.

They are, in fact, enemies of Christ. Their lives are oriented against Him — and we aren't speaking here of the sinner trapped in his sins, secretly desiring to be freed and unable, for the time being, to be so. We are talking about the man of evil who desires to draw others into his evil and pervert goodness.

How else can you describe a man who accepts and embraces and lives out his evil, who strives to get laws passed to uphold his evil to inflict it on others and force them to pay for it, accept it, embrace it?

What the Church needs is men like Jesse Lee Peterson, who, although confused on some points of Catholicism, nevertheless would be an outstanding Catholic because of his goodwill.

Pray that he may come to the fullness of the Faith one day and that those who call themselves Catholic will abandon their sin or abandon their pretense.

To watch the full interview with Jesse Lee Peterson, just click on the provided link. 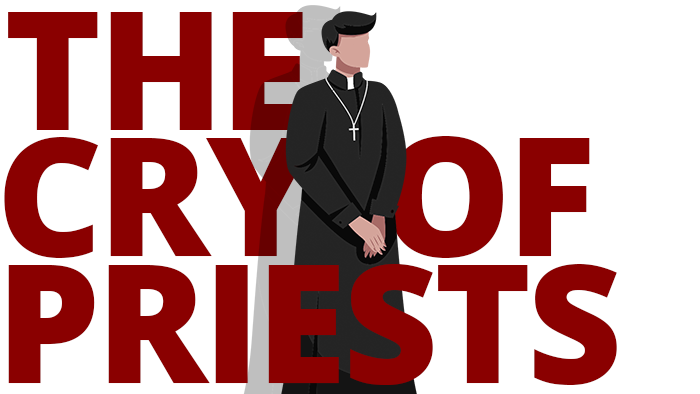