What you're watching right now was actually shot a few days ago on the Friday evening of our Third Annual Men's Conference — Strength and Honor. As part of the weekend, we always include a tour of the studios for those guys who arrive on Friday afternoon. We thought this year it might be fun to have the guys be part of the Vortex taping. About half the attendees came in early, so here they are having a good time — men!

We started having these conferences because we recognized the need for a restoration of authentic masculinity in the Church. The sad truth is that today so many Catholic men have been emasculated by various policies and practices by the Church of Nice that actually distort the glory of the Church and the role of the masculine.

Society cannot survive without the Church, and the Church cannot survive with a proper understanding of the role of the masculine. The Second Person of the Holy Trinity, the Eternal Logos, took on not just human flesh but the flesh of a male. In the Divine mind, both males and females have roles specific to each of them to live out in the order of natural creation and supernatural life. In the arena of the masculine, there is a growing realization of the complete collapse of Catholic identity among men.

Part of this realization is being addressed by a number of efforts on the part of good clergy and faithful laity, things like the New Emangelization Project headed by Matthew James Christoff, which argues that a targeted effort to evangelize men is both necessary and urgent, owing to the worsening man crisis and its devastating effect on the life of the Church.

One cleric, who has repeatedly called attention to the man crisis, is His Eminence Cdl. Raymond Burke. His Eminence is one of the leading voices in the Church, calling for an overthrow of all the madness and theological insanity of the past decades. He, too, has come to understand that all this is related to a gigantic failure on the part of Church leadership to convey the full importance of the masculine, of an authentic Catholic masculinity. When the authentic masculine is properly understood and asserted, many of the heresies and dissent in the Church will dry up and blow away.

Cardinal Burke is on an international book tour in Brazil, promoting the Portuguese edition of his book "Divine Love Made Flesh: the Holy Eucharist as the Sacrament of Charity." Everywhere His Eminence is traveling, the crowds to see him are overwhelming. Thousands and thousands of people come to his talks and many of them travel more than 24 hours to hear him. At some locations, people stood in line for hours just to have him sign their copy of his book and, of course, pose for a picture. And what many in the Church of Nice may not like to hear or might consider even more surprising is that huge numbers of the crowds are young people, young men, who share a common view with His Eminence that Catholic men must now man up and get in the fight to overthrow the tyranny of emasculation that has so dominated the Church since the 1960s.

For example, in the country of Brazil where His Eminence has just recently been, the Catholic population has been incredibly diminished. Brazil, the country with the largest Catholic population in the world, has lost tens of millions of Catholics in the past twenty years. When Pope St. John Paul II visited Brazil in the 1990s, close to 90 percent of the country was Catholic. Today, that has fallen off to 60 percent, and in the last two years alone, 9 million Catholics have deserted the Church.

That this is happening on a universal scale to the universal Church indicates a universal cause. The same thing is happening everywhere. It may play out differently in different cultures, but in the end, it's all related to an effective voice — a muscular presentation of the Truth being abandoned in favor of a more feminized presentation. And the constant drum pounding going on in favor of the gay agenda is just one example of the authentic masculine being overtaken by the feminized.

As a case in point, while Cdl. Burke was in Brazil being enthusiastically greeted by thousands of young men, Bp. Antônio Carlos Cruz Santos, bishop of Caicó, was declaring in a homily that "homosexuality is a gift from God." All of this coming apart on the Church is in part a reason to explain the success, shall we even say, wild success, that Cdl. Burke is enjoying in the largest Catholic country in the world. Clear voices resonate with those seeking clarity, and Cdl. Burke is one of the leading voices of clarity in the Church, which explains why young men by the thousands are showing up at his venues across Brazil.

There's an old expression: "The Truth is like water, it always finds a way." Such is the truth of Christ, Divine Truth, no matter how successful the diabolical seemingly is in trying to crush it down and kill it, it cannot remain killed. It will always rise again, and what we are witnessing in the Church in the effort to restore authentic masculinity is that process.

Hundreds of millions of souls have abandoned the Church in the past 50 years. Yet, suddenly, youthful men are beginning to step up and into the breach, and they realize the great need the Church has for them. They know their Mother is sick, gravely ill, and they are coming to Her bedside as loyal sons. This is what our Church Militant Strength and Honor Conference is all about, encouraging men in their masculinity to be better husbands, fathers, sons, brothers — all in imitation of the Perfect Man, Our Blessed Lord, Jesus Christ.

So, we're going to let this group of Catholic men take us to our close. 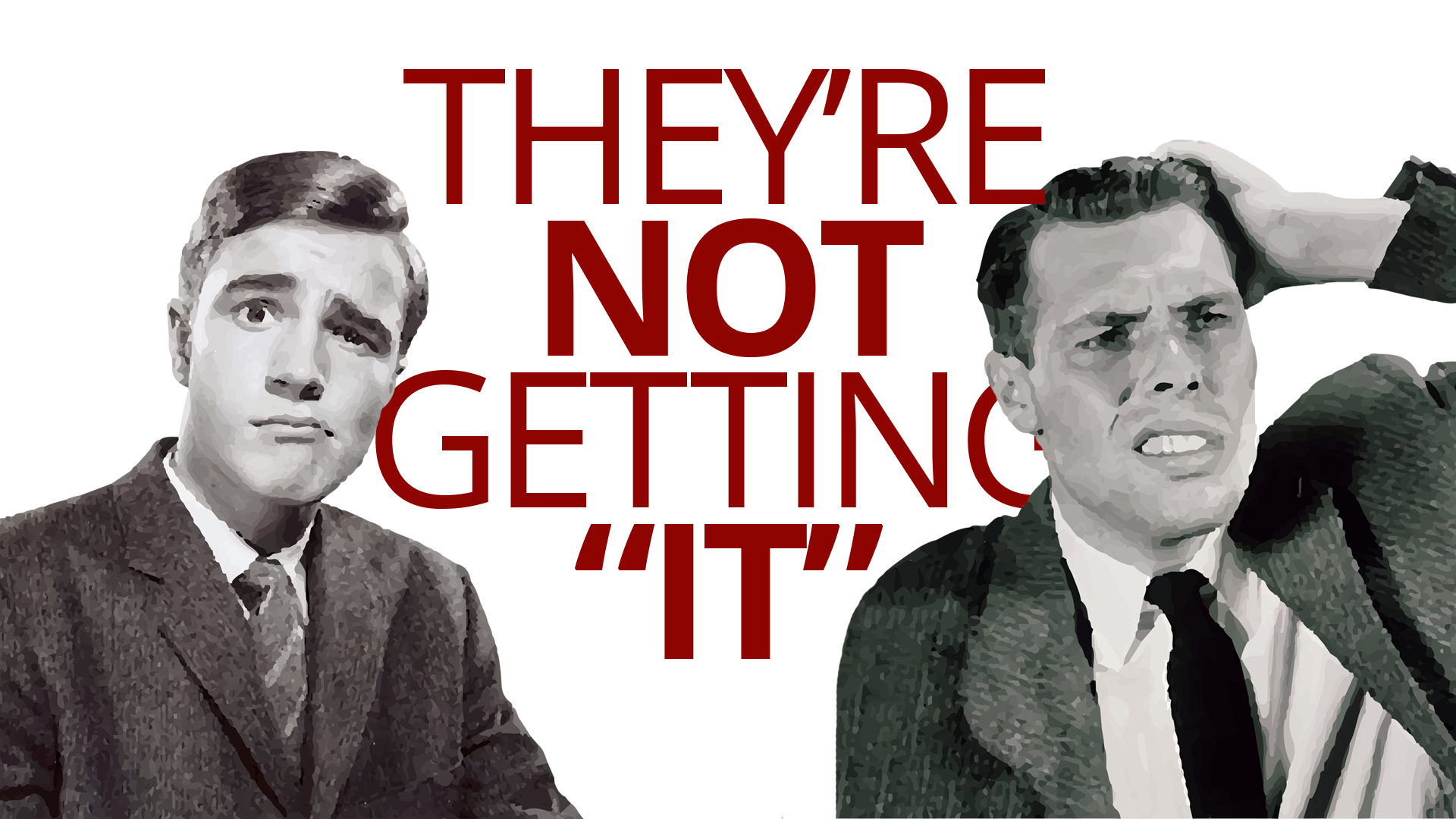 They're Not Getting "IT"
So, we have to make sure they do.