Be part of the effort to end the child holocaust.

Among the crimes and sins of the U.S. bishops, perhaps none is more repulsive than the sacrilege they condone in allowing child-killing politicians to pass themselves off as Catholics — and receive Holy Communion.

It should not be surprising that once the shepherds blessed sacrilege (and lets be clear, that is exactly what they have done), after that horror, all other manner of evil would fall from them. This has been going on for decades now — bishops not only looking the other way, but actually praising and associating with these killers.

A close friend of Church Militant with a lot of experience dealing with bishops confided in us that when it comes to breaking canon law, no one does it better than bishops. Canon law 915 lays down the norms for refusing Holy Communion to a Catholic, and as you might have surmised, bishops just totally disregard the law.

The problem is that the law is designed to prevent sacrilege and scandal, and when a bishop ignores that law — well, let's just say that he better have a huge investment in ice for the next world.

The entire pro-life movement is the result not of the bishops' actions but of lay people, especially dedicated women. But as the killing goes on, men are also stepping up, encouraging their brothers to get involved. Jim Havens runs the Men's March, aimed at heightening awareness among men to fight against this scourge of child butchering.

The entire pro-life movement is the result not of the bishops' actions but of lay people.

If any of the thousands of people who will be attending the Church Militant prayer rally and conference in Baltimore next Tuesday are there the day before, on Monday, we highly encourage you to join forces with Haven and the Men's March, which will end in front of the bishops' hotel.

It's a crime that this kind of thing even has to happen — but, thank God, Jim and his posse are stepping up and at least receiving some cooperation from a scattering of bishops. In truth, the entire conference of bishops should be out there with them, and then go back inside and produce a document with some actual teeth in it. Biden should not be allowed to present himself for Holy Communion.

And contrary to their lies and obfuscations, this has nothing to do with "politics."

It's not weaponizing the Holy Eucharist; it's protecting it. As well as the souls of those would-be unworthy Catholics who — as St. Paul warns — are eating and drinking their own damnation.

Remember that it was the homopredator Theodore McCarrick, in league with homosexualist Wilton Gregory, who lied to their brother bishops back in 2004 about what Rome had said regarding unworthy reception by publicly manifest and obstinate sinners. Then, Cdl. Ratzinger upheld canon 915 saying no Communion for child killers.

A homopredator and a heavily suspected homosexual lied to their episcopal brothers.

But, in a footnote, he added that individual private Catholics could vote for a pro-abortion politician if they found a commensurate reason and were not voting for him because of abortion. But that was a side issue.

Nevertheless, Theodore and Wilton lied, pretending to the bishops that Ratzinger's footnote — which applied to private people voting — was the green light for public politicians to support and fund the child-killing industry.

A homopredator and a heavily suspected homosexual lied to their episcopal brothers and vaulted wicked and evil phony Catholics into the highest levels of government — ensuring the child killing goes on. Yet, even in the face of all this (which the bishops in that meeting hall all know), they still do nothing. They are complicit in the killing — in child murder!

Let that sink in. Child. Murder.

One of the two men is now on trial for sex crimes, but the other is a bigwig inside that meeting hall — still lying, still supporting sacrilege, still with blood dripping from his hands. And his brother bishops don't seem to have the least concern over it.

If you're in town ahead of time, please join the ranks of men in that march on Monday. 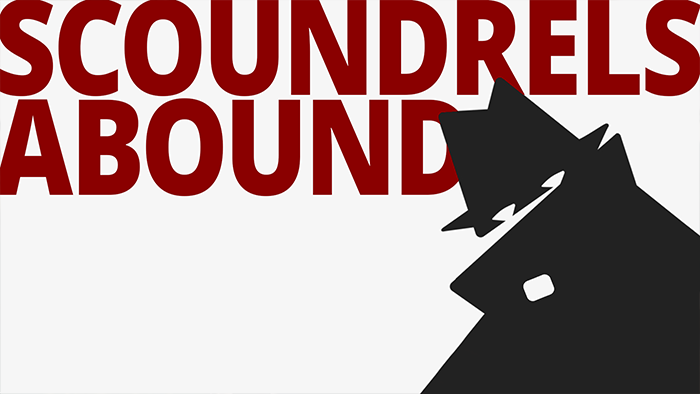