The political world and the religious/spiritual world have become almost indistinguishable from one another, which is not really that surprising when you consider the stakes. However, when unscrupulous people in politics or religion use this overlap for their own gain or the advancement of a bad agenda, much can go wrong.

Perhaps one of the most obvious areas of concern involves the ongoing question of illegal immigration and the role of the U.S. bishops in pushing a globalist agenda — thinly disguised as something religious.

Greene is a woman who gets it and doesn't hesitate to say it.

Last week, Church Militant visited with "controversial" congresswoman Majorie Taylor Greene in a wide-ranging interview where the topic of U.S. bishops profiting handsomely off the illegal immigration issue came up. Representative Greene, who represents voters in Georgia's 14th Congressional District, has become the object of much derision and hatred from the Marxist Left for simply saying it like it is.

For her, it's all clearly a spiritual battle, which is the foundation of everything she tries to get accomplished in Congress. At the bottom of today's political strife and national division is the attack on the family, particularly women's understanding of themselves and their roles in society. Likewise, the government (according to the congresswoman) has been a major driving force in the current meltdown of the culture.

Greene is a woman who, speaking plainly, gets it and doesn't hesitate to say it — which, of course, is why she is so maligned by the Marxist Left.

The entire interview is available by just clicking on the available link, and all this week we will be highlighting various portions of it — the first of its kind MTG has granted.

Greene is a trailblazer in what is becoming a new breed of politician arriving in Washington, D.C., and, among them, not a few are Catholic. That will be our focus tomorrow. Again, the interview, in its entirety, is available by clicking on the link. 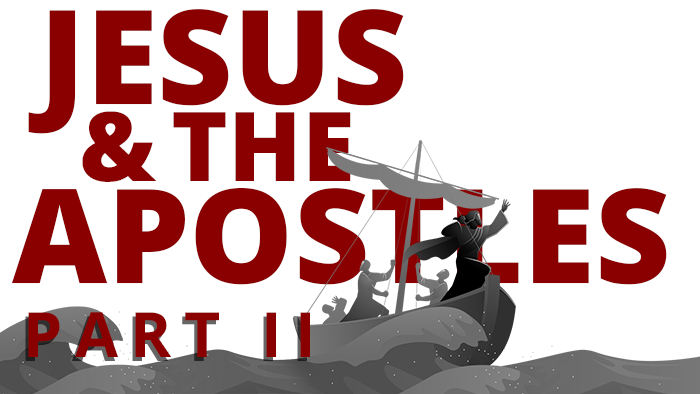 Jesus & the Apostles, Part II
'And gave them power and authority.'